She devoted 34 years of her life to her husband, only to see her marriage crumble when he had an affair with a woman half his age.

But when Julia Keys appeared on ITV’s This Morning to speak about the infidelity of football pundit Richard Keys, she did not receive the sympathetic ear she expected.

Now the writer has spoken for the first time about how she felt ‘ambushed’ by presenter Eamonn Holmes, who is reportedly a friend of her estranged husband. Julia says she was shocked by his ‘hostility’ and believes he had an ‘agenda’ to defend cheating Richard.

Viewers were astounded when Holmes accused Julia of lying when she appeared on This Morning earlier this month.

Some took to social media to brand him as ‘despicable’ and ‘shameful’ for siding with the unfaithful husband.

‘I felt like I was the accused, like I was the one on trial,’ Julia told The Mail on Sunday last night. ‘It was as if I was being blamed for Richard’s affair, which is not what I had expected. The implication was my husband’s infidelity was my fault. 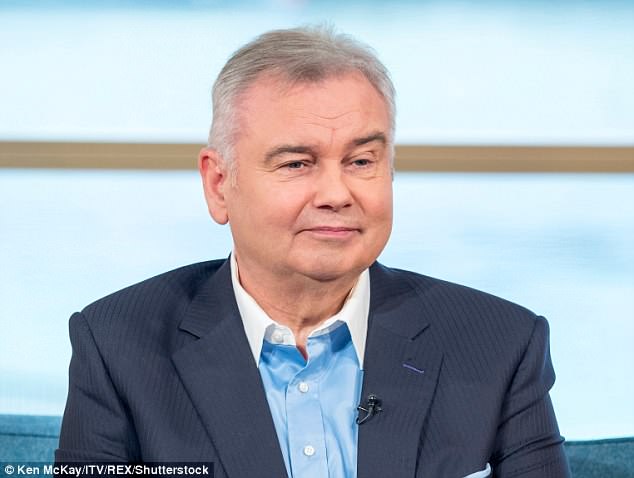 Last year it was revealed that former Sky Sports host Richard, now 60, was cheating on Julia with lawyer Lucie Rose, 28, a close friend of their daughter Jemma.

Julia, 57, has written a book, The MANscript – a guide to surviving infidelity, rather than an autobiography. But when she appeared on the This Morning sofa to promote it, she knew she would be asked about her own experiences.

‘Of course I was also willing to discuss my private life because much of it is in the public eye,’ she said. ‘But I felt Eamonn came into the interview with his mind made up.’ 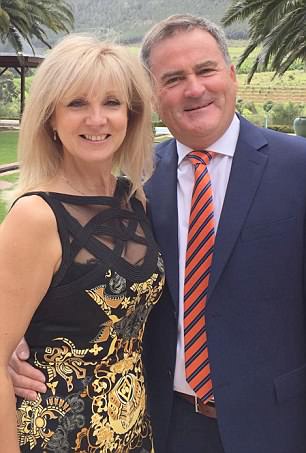 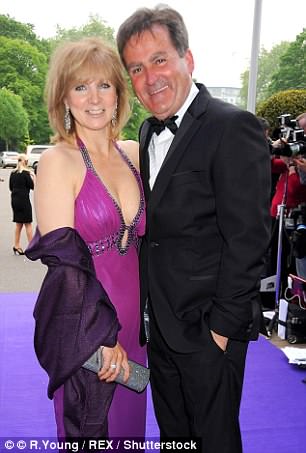 Julia pictured with her husband Richard Keys who was cheating on her with lawyer Lucie Rose, 28, a close friend of their daughter Jemma

On the show, Holmes appeared to blame women for men having affairs, saying: ‘You have to remember that these men wouldn’t have had an affair if it wasn’t for another woman like you.’

Holmes’s wife and co-presenter Ruth Langsford also read out a statement from the book, quoting Richard as saying: ‘If you really love your wife but are tempted to get a bit of excitement elsewhere, you have to be prepared to lose the one you really love.’

Then Holmes butted in, asking: ‘Excuse me. Is that really true, because Richard is still with Lucie, so he wouldn’t be writing that?’ 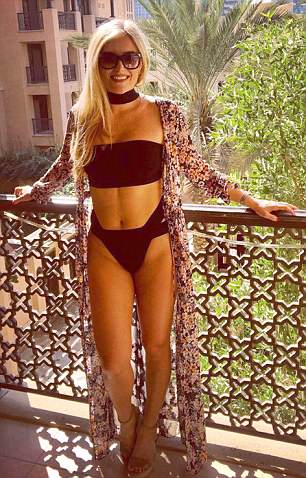 Lucie Rose, the woman Richard Keys had an affair with

‘I told him it was 100 per cent accurate but it was hard to stand my ground when under attack,’ Julia said last night. ‘Eamonn’s hostility made me feel as if both my professional credibility and my personal integrity were being challenged.’

At the time, viewers praised Julia for keeping her cool. One Twitter user posted: ‘Holmes has just sat and defended a husband cheating on his wife. What a despicable piece of s***.’

Julia fears Holmes and her estranged husband may have spoken before her appearance. The presenters have known each other as industry colleagues since the 1990s and share a love of football.

Keys was a £500,000-a-year Sky Sports presenter until resigning in disgrace in 2011 after making sexist off-screen comments with co-host Andy Gray. He subsequently moved to Qatar to work for Al Jazeera. While there he began an affair with Lucie, as Julia shuttled between Doha and London.

‘Eamonn seemed to be using my absences as justification for Richard’s affair,’ said Julia, who has 18 years experience as a relationship therapist. ‘That’s a script straight out of my book. Trying to justify infidelity and blame the betrayed partner and not the adulterer. It makes women feel disempowered and guilty.

‘My skills as a therapist meant I could handle it well but someone else could have been completely floored by him.’

Spokesmen for Holmes and ITV declined to comment last night.