Georginio Wijnaldum has urged Liverpool to be cautious ahead of their Champions League quarter-final second leg at Manchester City.

Jurgen Klopp takes his Reds to the Etihad Stadium for the return leg on Tuesday night with a 3-0 aggregate lead secured at Anfield last week.

Mohamed Salah, Alex Oxlade-Chamberlain and Sadio Mane scored the three goals in their first leg hammering, and Wijnaldum is hoping for much of the same come the reverse fixture but has warned his teammates to be prepared for anything.

‘[The 3-0 lead] gives you a lot of confidence, because Manchester City are the best team in the league this season,’ the Dutchman told Premier League Productions.

‘To create a score like that gives an extra boost and a lot of confidence. But we have to know it’s not over. Anything can happen in the second game.

‘I think we did well in the game. The way we played against them was not something that suits them and they had a lot of problems with it. But the second game can be different. So we will start over.’ 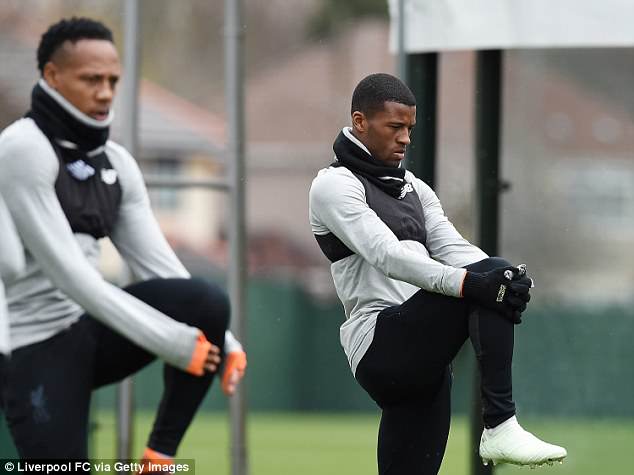 Should Liverpool complete their dominance of City as expected, it will be their first appearance in the semi-finals since 2008, where they were knocked out by eventual runners-up Chelsea.

Klopp, meanwhile, has his fingers crossed as he hopes Salah can return to his Liverpool front line after sitting out Saturday’s Merseyside derby draw with Everton.

The Egyptian suffered a groin injury in the first leg and was rested at Goodison Park.

‘This season of course he’s shown in games and the goals that he’s scored that he’s really important for us,’ the No.5 said of his 38-goal teammate,’ Wijnaldum added.

‘Also, (it’s) the threat that he gives to other teams. He opens spaces for Sadio (Mane) and Roberto (Firmino). They always have to pay attention to Mo – sometimes two, sometimes even three defenders. It gives other players more space. So, also in that case he’s really important for us.’ 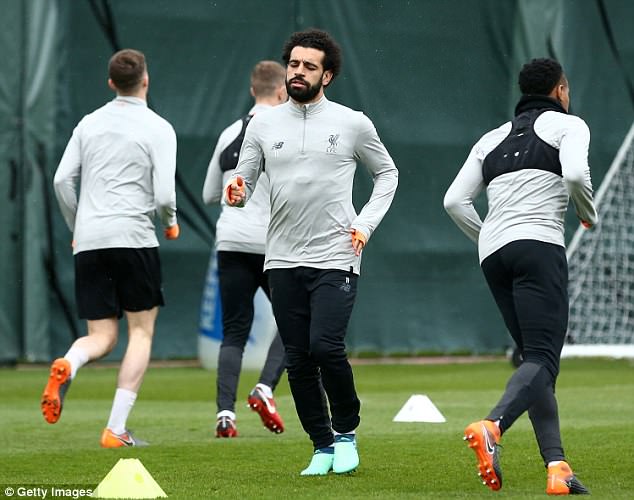