An Aboriginal rapper has described the nightmare unfolding in a remote far west NSW town where a Covid outbreak is wreaking havoc on the indigenous community.

Barkindji woman Chloe Quayle, who performs under the name Barkaa, grew up visiting relatives in Wilcannia, fishing, and playing in the Darling river.

But the once ‘flourishing’ community has turned into a disaster zone, where Covid-positive people have been forced to isolate in tents along the river and sleep in the front yard due to overcrowding in homes.

There are now 75 cases in the predominantly Aboriginal outback town which is home to 750 people.

Ms Quayle said young people within the community who have contracted they illness are afraid they could die.

‘It’s ripping through the community like wildfire at the moment, which is really, really scary,’ she told the ABC’s The World Today program.

‘As a Barkinji woman, this was my worst nightmare for it to ever hit my community, especially when we know the statistics and the early death rates of our mob due to colonial disease.

‘It’s heartbreaking. I just hope my mob can get through this. It’s so scary it feels like a nightmare.’

Ms Quayle said her cousin, who is very sick and struggling to breathe after catching the virus, is afraid she could die, leaving her children behind.

The musician said she started to feel better in recent days and is feeling more hopeful as she awaits test results to see if she still has the virus.

Meanwhile, residents have reported major issues with food supplies as queue for hours outside the town’s only supermarket as a staff member assembles each individual order.

Local woman Monica Kerwin-Whyman said food hampers being delivered by the government contained out-of-date items, and some had high salt and sugar levels which are unsuitable for many locals with chronic diabetes.

She said authorities were also discouraging the distribution of fresh kangaroo meat among residents due to food safety concerns, despite game hunting being a cultural tradition. 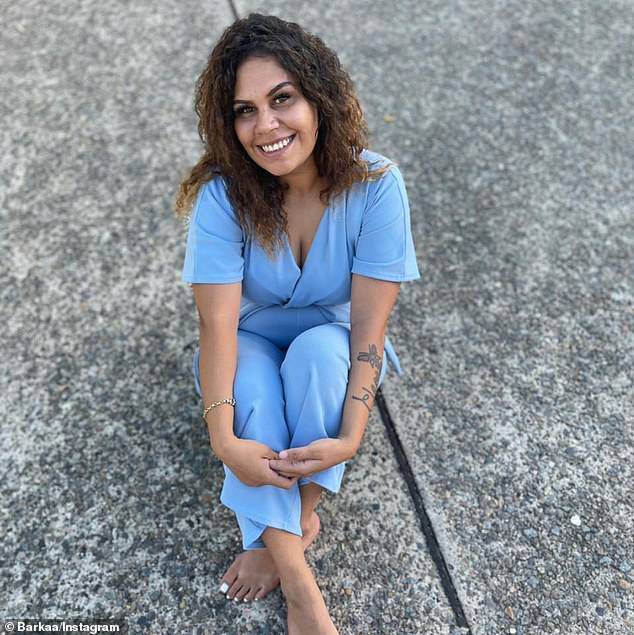 Ms Quayle said she holds serious concerns for the indigenous community, who are vulnerable to disease 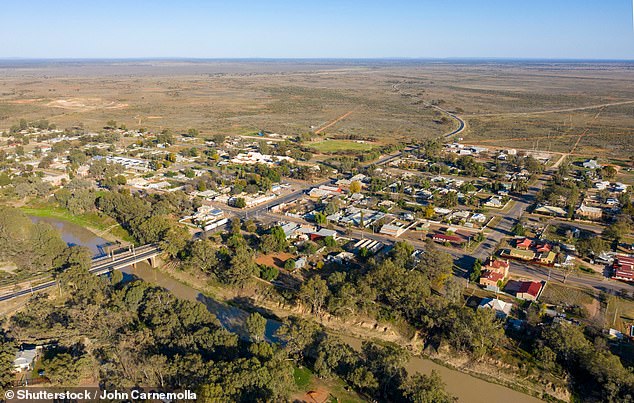 ‘They say “go ring UberEats”. In Wilcannia? We are 200km away from the next biggest community in Broken Hill, where they have fast food deliveries.

‘In Wilcannia, if you don’t cook for yourself, you’re going to go hungry because everything is closed by 7pm.’

Locals also reported a Covid-positive woman struggling with severe illness was turned away from hospital.

The majority of Covid cases – 65 per cent – have been diagnosed among people of Aboriginal descent.

While there has been a jump in the number of jabs administered to the region’s indigenous residents – it’s almost doubled in the past three weeks – the rate still lags behind the region’s broader population.

Just 6.3 per cent of indigenous people in the area are fully vaccinated, compared with 26 per cent of the general population.

Federal Labor’s Linda Burney said what’s unfolding in Indigenous communities in western and far western NSW ‘is a disaster’ with one in ten people infected with Covid.

She said it’s almost impossible for people to isolate themselves in those communities because of overcrowding in houses.

‘Some three or four-bedroom homes have 16, 17 people living in them, and my understanding is that people who have been diagnosed with the virus are being sent to isolate, but going back into very overcrowded conditions,’ she told the ABC on Tuesday. 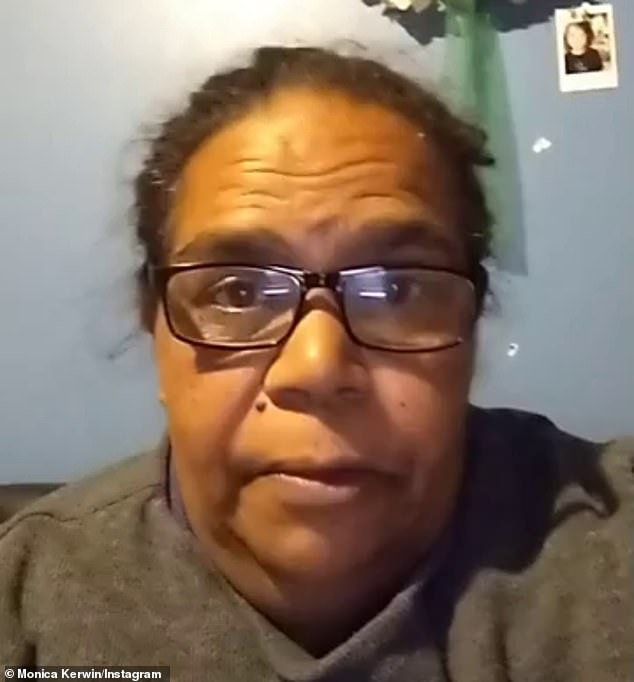 ‘People should not have to set up tents in their front yards to comply.

‘So, isolation hubs need to be established close to home, and staffed by people that understand the local community.’

The federal government was warned in March 2020 ‘that this was an inevitability and now what was predicted back then is actually happening’.

‘My fear is that this will leak out of those communities and reach other vulnerable populations,’ Ms Burney said.

However, urgent efforts were now underway to provide accommodation to quarantine Covid-positive patients in remote communities.

‘I think there’s one motel from memory in Wilcannia and finding alternative accommodation has been challenging,’ he said.

The state government is trying to expedite planning approvals to build portable accommodation in Wilcannia to allow people who are positive to safely isolate themselves.

‘It’s very challenging and it certainly would have been preferable if the Indigenous community, the Aboriginal people across NSW had been vaccinated earlier,’ he said.

Of the new cases, 54 were recorded in the western NSW district, with 32 in Dubbo, five in Bathurst, eight in Bourke, one in Brewarrina, five in Wellington, one in Mudgee, one in Narromine and one in Parkes. 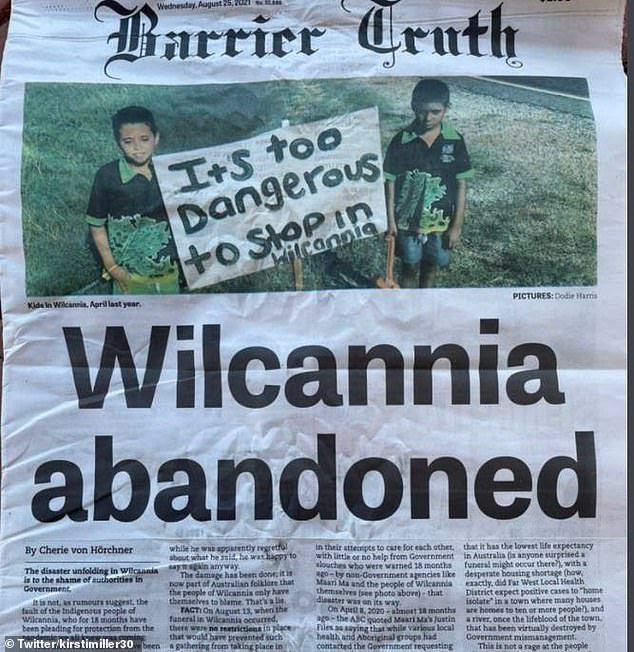 It takes the toll for the outbreak to 96, and to 152 for the entire pandemic.

NSW health authorities have warned October is likely to be the worst month for the state’s health system due to an accumulation of infections from the preceding weeks.

The number of Covid patients in NSW hospitals stands at 871, with 143 patients in intensive care and 58 ventilated.

‘The health system is prepared, but will it stretch? Absolutely.’