Police in Maine were called on to find a peeping Tom who had run off, but their prime suspect was no chicken – in fact, he was a turkey.

The suspect may have been small but he was powerful, crashing through a bedroom window of the home in Bangor.

Homeowner Melissa Borden said her daughter was at the house by herself when she heard the shattering glass, she told Bangor Daily News.

Melissa Borden said her daughter was home by herself when she heard the shattering glass and saw that a turkey had broken in through the window of their Bangor, Maine home

Her daughter was shocked to find the turkey standing on the bed, calmly admiring itself in a mirror that was hanging on the wall.

Borden’s daughter took pictures of the turkey, who had also managed to crash through the screen behind the window as well.

The floor was covered with shards of broken glass as well as items that had been on the girl’s nightstand below the double-paned window.

Borden said she was shocked that the turkey, who fled the house, was unharmed despite crashing through the glass.

The Kennebunk Police Department posted on Facebook to ask the public for help in catching the wild turkey, and decided to have some fun with it. 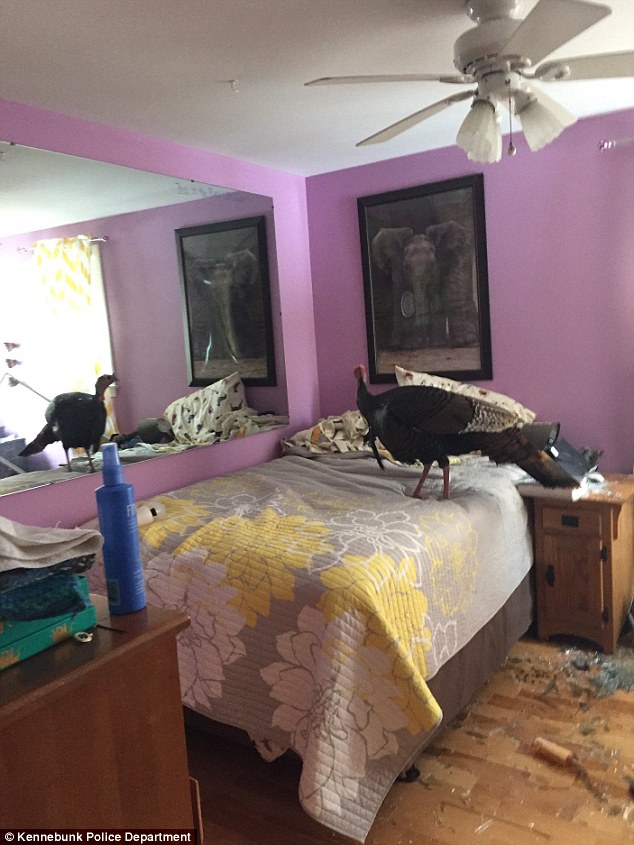 Borden’s daughter took pictures of the turkey, who was calmly staring at himself in the mirror hanging above the bed 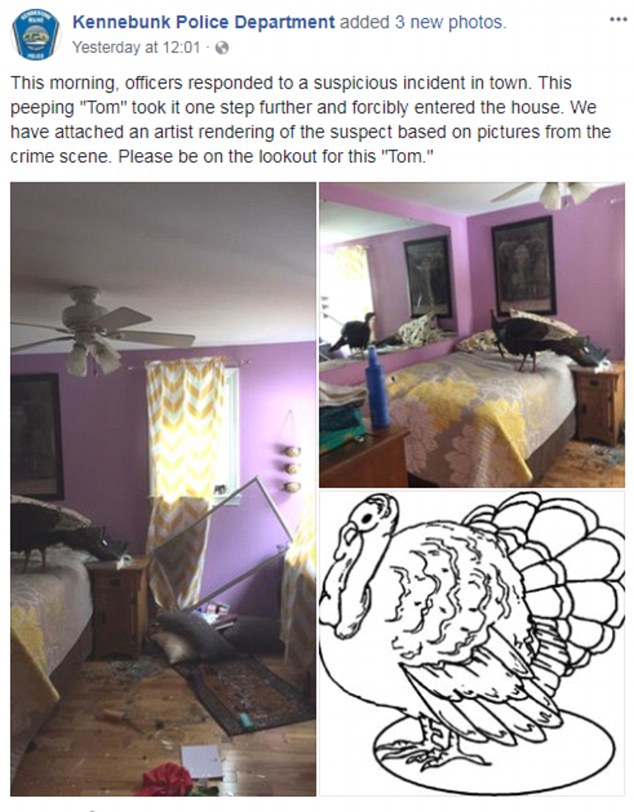 The Kennebunk Police Department posted on Facebook to ask the public for help in catching the wild turkey, and decided to have some fun with an ‘artistic rendering’ of the suspect

Along with the two photos of the turkey in the girl’s bedroom, they posted a generic cartoon turkey.

‘This morning, officers responded to a suspicious incident in town. This peeping “Tom” took it one step further and forcibly entered the house,’ the Facebook post reads.

‘We have attached an artist rendering of the suspect based on pictures from the crime scene. Please be on the lookout for this “Tom”‘.

Police have since captured the turkey and returned it to the wild.