Wild weather batters the US: Hurricane season could start early with low-pressure system surging towards Florida while 26 million people in the Midwest brace for strong winds and tornadoes

Tens of millions of Americans are set to be affected by wild weather in the coming days, with multiple storm systems expected to impact large swathes of the country.

A low-pressure area off the coast of the Bahamas is likely to develop into the first storm of the 2020 hurricane season, bringing strong winds, heavy rain and thunderstorms to South Florida as early as Thursday.

Meanwhile, a separate storm system is expected to surge up through Texas and into Oklahoma, Kansas and Missouri late Wednesday, potentially affecting more than 26 million people.

‘Very large hail’ is anticipated, and the Storm Prediction Center is also monitoring for potential tornadoes.

The weather events are likely to cause further anxiety and disruption for millions of Americans already crippled by the COVID-19 pandemic. More than 1.41 million US residents have tested positive to the virus, and more than 80,000 have died.

Tens of millions of Americans are set to be impacted by wild weather in the coming days, with multiple storm system expected to hit large swathes of the country. The National Hurricane Center is monitoring a low pressure system set to move up along the coast of Florida 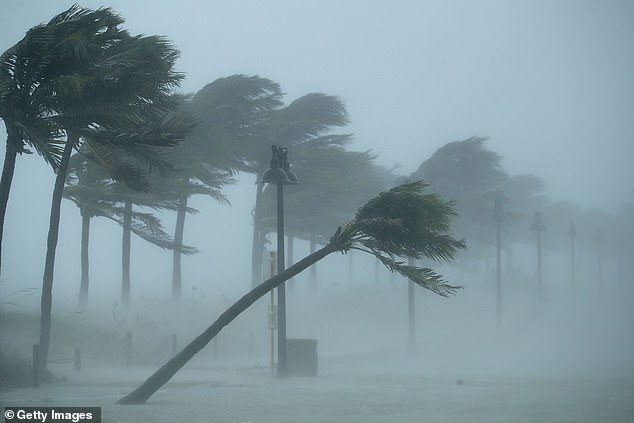 Forecasters are predicting a particularly active hurricane season due to unusually warm waters in the Atlantic. Pictured: Winds from Hurricane Irma hitting Fort Lauderdale in September 2017

The National Hurricane Center in Miami says a low-pressure system near The Bahamas currently has a 70 percent chance of developing into a subtropical storm, which will be named ‘Arthur’.

While the system is set to move northeast into the Atlantic Ocean, it will still impact millions of Floridians living along the coast.

Fort Lauderdale may be hit with four inches of rain, and 30 mph winds are expected in the east of the state from Thursday through Friday.

Large waves and dangerous currents are anticipated on the state’s beaches. Beaches in South Florida remain closed amid the coronavirus pandemic, but others further to the north have reopened.

While the official hurricane system does not officially kick off until June 1, it is not unusual for storms to hit the coast in May. The season runs until the end of November.

According to The Sun Sentinel, forecasters are predicting a particularly active hurricane season due to unusually warm waters in the Atlantic. 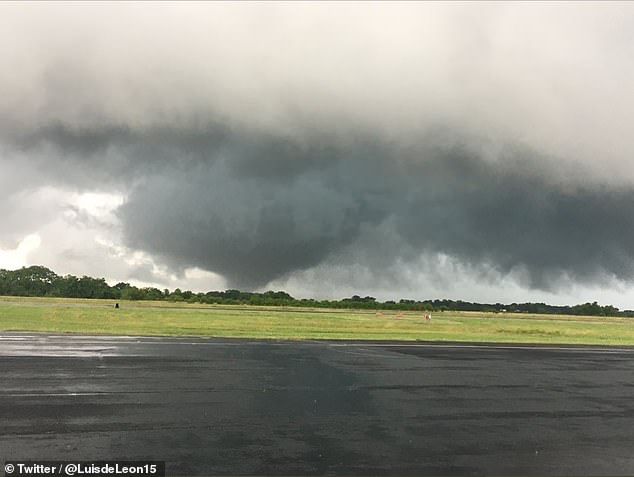 On Tuesday, two separate tornadoes hit Central Texas, downing trees and causing property damage. Thankfully, there were no reports of injuries. One of the tornadoes is pictured 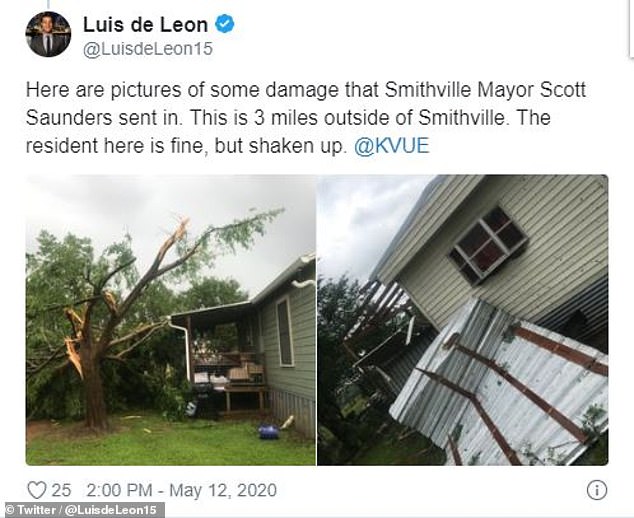 Pictured: damage caused by a tornado in Central Texas. The Storm Prediction Center says more tornadoes could form in the area in the coming days

Meanwhile, residents in the middle of the country are also bracing for a separate storm system moving up from Mexico.

Residents further north, in Oklahoma City and Kansas City, Missouri, could also be impacted by such storms later in the evening.

‘A few tornadoes will be possible with the more dominant supercells as well,’ the SPC told Fox News Wednesday.

The storm system could also cause heavy rains as far north as Michigan and Illinois. 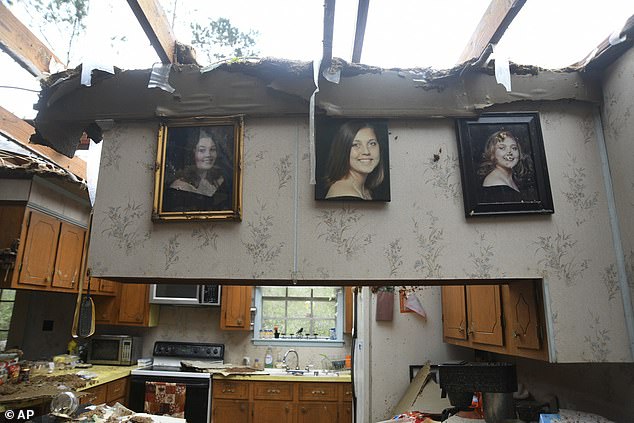 Severe storms are not uncommon in the Midwest and South during this time of year. Last month, a tornado caused significant damage to the community of Baxterville, Mississippi 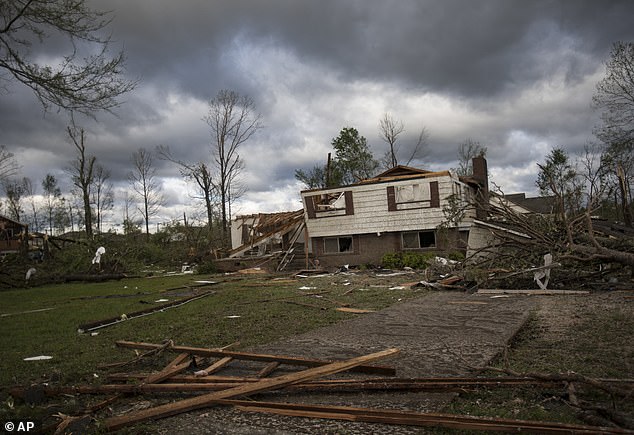