Wildfire forces over 3,100 to evacuate in Spain’s Andalusia

Out-of-control wildfire forces more than 3,000 terrified residents to flee their homes in Spain

A wildfire that broke out on Thursday has forced over 3,100 people to evacuate their homes in southern Spain.

The blaze started in the mountains near the town of Almonaster la Real, 120 kilometers (75 miles) northwest of the city of Seville and has already scorched 100 square kilometers (38.5 square miles) of land.

More than 500 workers are tackling the fire including firefighters and emergency responders who have worked around the clock this weekend.

Over 3,100 people had to evacuate their homes because of an uncontrollable wildfire that started in started in the mountains near the town of Almonaster la Real in southern Spain 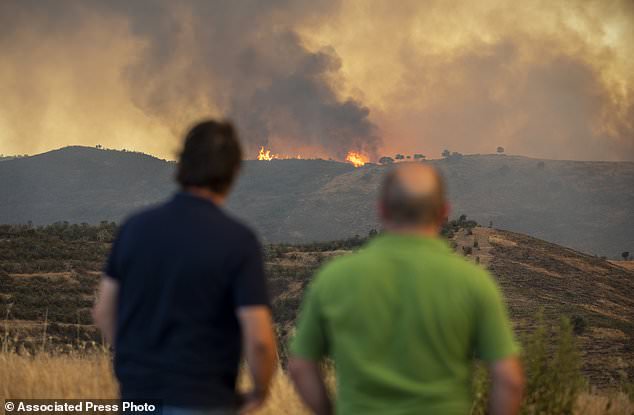 People watch as the wildfire advances while it scorches  100 square kilometers (38.5 square miles) of land 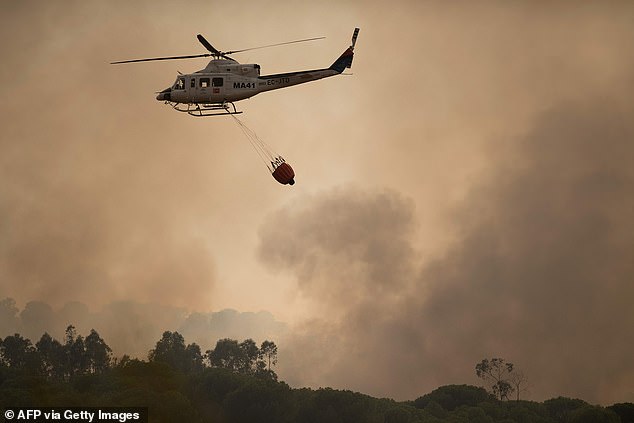 Sixteen helicopters and eight planes were also commissioned to kill the devastating fire.

‘It is very difficult to say when the wildfire will be under control,’ said the Andalusia Forest Fire Department’s Juan Sanchez.

The weather conditions are making it difficult to fight the blaze but the wind dropped overnight.

However authorities are expecting stronger winds to pick up late on Sunday and fuel the fire further.

The rugged terrain is also making it difficult to battle the fire as crew members are struggling to reach all affected areas. 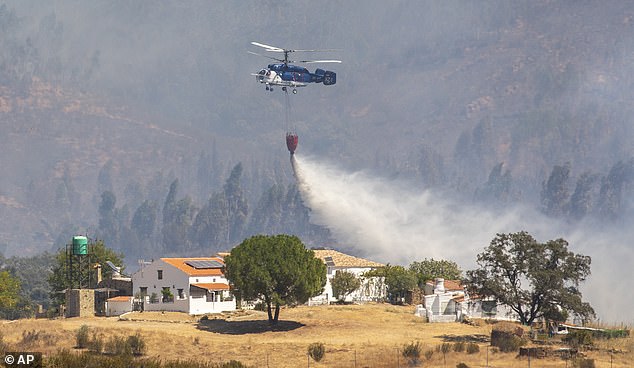 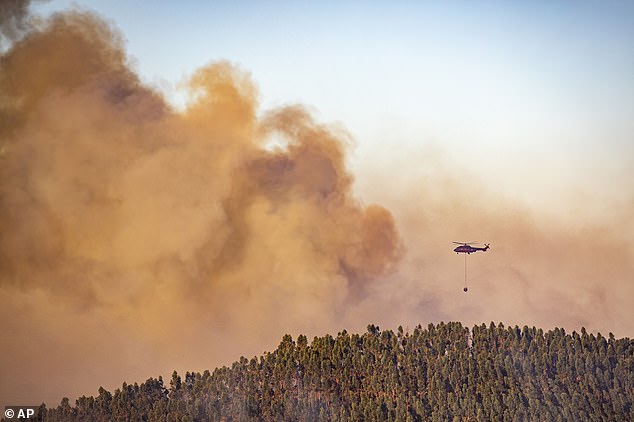 A further 70 people were evacuated Saturday because of a wildfire in Mula, a small town in Spain’s southeastern region of Murcia, while firefighters are also trying to extinguish two wildfires in the western region of Extremadura.

Over 40 per cent of Europe is covered in forests making it a prime spot for wildfire, according to eurostat.

Last year roughly 1,300 square miles of the continent was scorched by wildfire because of the summer’s intense heat.