A tour guide suffered facial injuries after yobs on a speedboat threw a glass object at him when he asked them to slow down while he was with German birdwatchers on his vessel.

The incident was filmed by the victim, Daniel Petrescu, on Lake Trei Lezere on the Danube Delta in eastern Romania.

The boat circles back round and a bald man is seen throwing a glass object which is heard smashing.

The yobs shoot pass wildlife tour guide Daniel Petrescu, who asked them to slow down on Lake Trei Lezere in eastern Romania 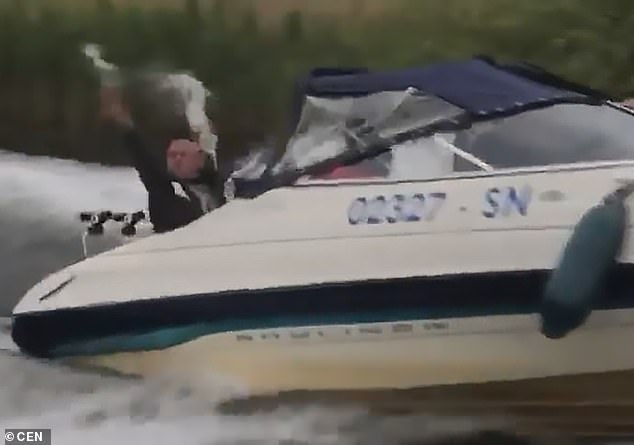 The burly men then turn back towards his boat and fling a glass object at his vessel, while he is with a group of German ornithologists 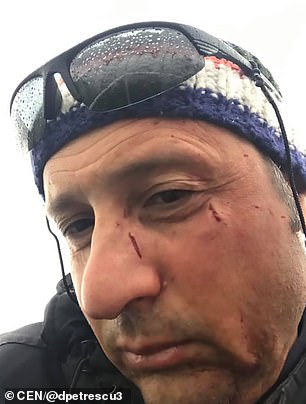 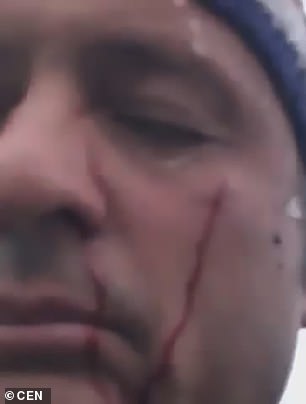 Petrescu, 44, suffered injuries to his face from the broken glass. He said the thugs caused a wave ‘that nearly knocked us out of our chairs’ 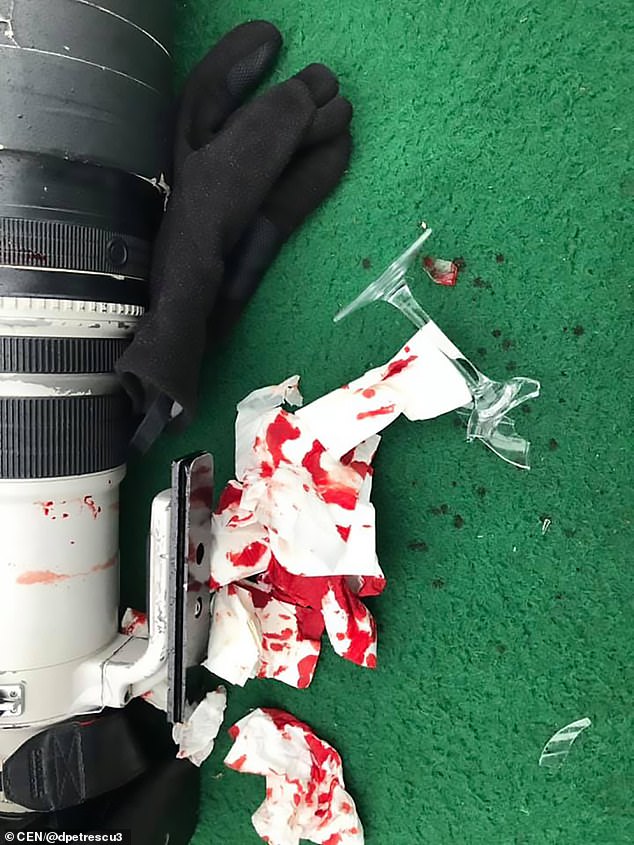 Petrescu then films broken glass on the deck before turning the camera on his bleeding face.

He explained on social media: ‘Yesterday evening, we were on a boat trip on Lake Trei Lezere with a group of German ornithologists.

‘A speedboat appeared, apparently driven by a group of drunk guys who thundered past and caused a wave that nearly knocked us out of our chairs.’

‘I made a gesture for them to stop, but no chance. They turned around and passed us, swearing and insulting us. 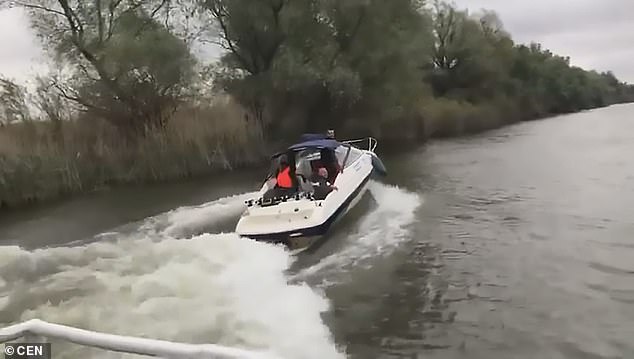 According to local media, a 43-year-old man from Arges County was identified by local police and an investigation is now underway

‘After a verbal exchange where I wished them “Good luck”, they did it again and circled back to our boat.

‘The glass smashed and caused two deep wounds. My clients were shocked at the sight of blood pouring down my face, thinking I lost an eye.’

According to local media, a 43-year-old man from Arges County was identified by local police and an investigation is now underway.

Petrescu shared the footage on Facebook, where it has been viewed 477,000 times.