Will flats have a post-pandemic price boom as life returns to normal?

House prices might have seen double-digit growth this year, but the headlines don’t always tell the full story.

Those living in detached homes have seen the value of their home increase almost three times as much as those who own flats, for example.

Although the average property price rose by 10.8 per cent in the year to December, according to the latest ONS figures, detached houses were up 15.3 per cent on average whilst flats were only up by 5.3 per cent.

The lure of city living is back: Some people are beginning to feel that lockdowns and working from home full-time are a thing of the past

‘Flats are as popular today as a party invitation in Westminster,’ says Henry Pryor, a professional buying agent.

‘Post-Covid nobody wants to risk finding themselves locked down in a sealed box with nothing but a window box. They want a balcony, or better still a garden.

‘The plight of hundreds of thousands of leasehold flat owners who can’t sell their properties haunts many buyers, and even if they wanted to many mortgage lenders won’t lend on these properties until there is a solution to the cladding crisis.’

It is no secret that appetite for flats fell away during the pandemic as lockdown-weary Britons sought bigger homes with more outside space.

However, as life returns to normal, there are signs that homes with outside space are becoming less of a priority, with lockdowns perhaps beginning to be seen as a thing of the past.

Demand for flats is already bouncing back so hard that in some locations, annual gains have now started to eclipse those of the wider market.

Flats now lead the way in Liverpool and Salford, according to analysis by estate agents James Pendleton, suggesting buyers are once again falling back in love with city living. 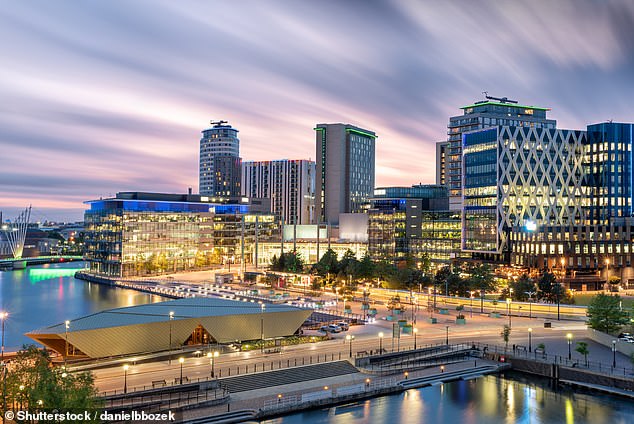 Salford, home to the Media City office complex, has recorded a 11.3 per cent rise in apartment prices against overall property price growth of 10.9 per cent

The latest Land Registry figures show flat prices in Liverpool were up 12.9 per cent in the year to December, compared with an overall 10.7 per cent lift for all property types.

Similarly Salford has recorded a 11.3 per cent rise in flat prices against overall property price growth of 10.9 per cent in the area.

‘We do think there could be a post-pandemic boom in flats,’ says Rob Dix, founder and marketing director of the property forum, Property Hub.

‘Demand is picking up in city centres faster than it is anywhere else, in both the sales and rental market.

‘We may find that differential in house price growth between houses and flats closes up, and maybe it’ll even flip the other way around.’

Birmingham, Luton and Manchester are also seeing a renaissance, with flats in all three areas rising to within a percentage point of overall market growth.

Lucy Pendleton, co-founder of James Pendleton estate agents says: ‘These figures show that rumours of the demise of cities have been greatly exaggerated.

‘Instead what we’ve seen is buyers taking a pandemic pause to consider their options and driving up the rental market in the meantime – they’re now champing at the bit to return, as seen by a surge in registrations of interest.

‘Flat hunters are back and, with lockdowns a thing of the past, have a renewed hunger to put down roots where the action is.

‘The lure of city living endures and, for many, outdoor space is no longer the be all and end all despite holding all the cards during the pandemic.’ 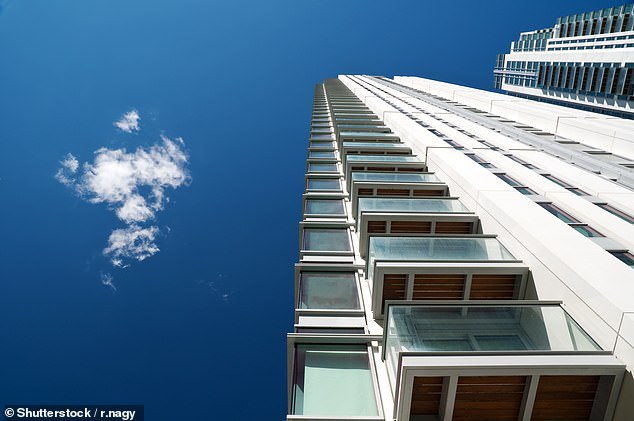 During the height of the pandemic, even though the property market was booming, nobody was interested in buying in city centres but recent data suggests this is changing now.

What about the cladding issue?

While these costs are still significant, and many will still struggle to sell their homes, it is an improvement compared to what they were previously being asked to pay.

‘The cladding issue is still a factor that buyers need to consider,’ says Dix.

‘[However] there are more and more buildings being taken out of scope, lenders seem to have a better grip of the whole situation and not be asking for EWS1 forms for absolutely everything.

‘And if the government follows through with what they’ve been talking about recently, it seems like the liability of leaseholders will either be non-existent or at least be capped so there’ll be some certainty.

‘At the moment, the problem is that nobody really knows what the liability is going to be.’