Will Grigg strikes twice as Wigan dump West Ham out of…

Will Grigg struck twice as League One leaders Wigan stunned 10-man West Ham in the fourth round of the FA Cup.

Grigg opened the scoring after just seven minutes at the DW Stadium and added a second from the spot as Latics, winners of the competition in 2013, triumphed 2-0.

West Ham had Arthur Masuaku sent off early in the second half following an off-the-ball incident involving Nick Powell. There were suggestions he may have spat at the Wigan player.

Another top-flight side, Leicester, had no such concerns as they eased past their League One opponents Peterborough 5-1 at the ABAX Stadium.

Andrew Hughes shot through a crowded area to give Posh brief hope by making it 3-1 in the second half but it proved mere consolation.

Boro had looked like taking the Seagulls to a replay but substitute Murray bundled home a scrappy 90th-minute clincher. 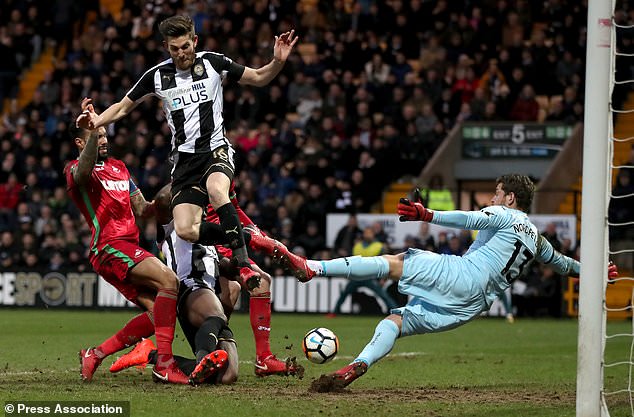 Notts County and Swansea fought out a draw (Mike Egerton/PA)

Luciano Narsingh gave the Welsh side the lead on the stroke of half-time but the much-travelled Jon Stead earned the Magpies a replay with a 62nd-minute equaliser.

Huddersfield’s clash with Birmingham also ended all square as as David Wagner’s men were held 1-1 at the John Smith’s Stadium. Steve Mounie put the Terriers ahead in the first half but Lukas Jutkiewicz levelled soon after the break.

Goals from Ian Henderson and Matt Done, in reply to an early Jed Wallace penalty, had put Dale on course for a shock win but Thompson had the final say in the 90th minute as it finished 2-2. 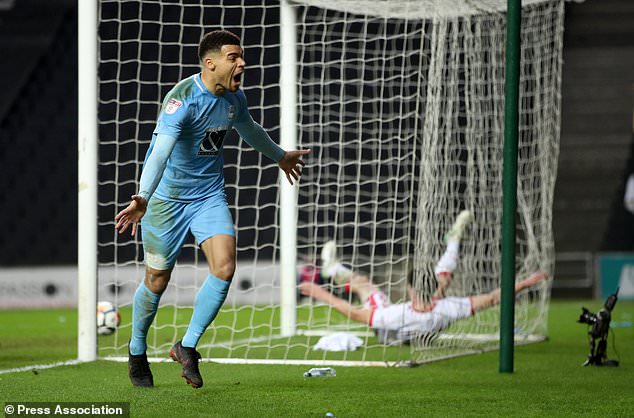 An 80th-minute penalty from Billy Sharp gave Sheffield United a 1-0 win over Preston while Hull beat Nottingham Forest 2-1 in another all-Championship contest. First-half goals from Jarrod Bowen and Nouha Dicko proved enough for the Tigers, despite a late reply from Apostolos Vellios.