The Royal Family’s website has reserved a page for a Prince Albert, MailOnline can reveal, as the nation waits for William and Kate to announce his name.

It may be the strongest clue yet that a name has been picked for their third child, three days after the couple carried him home to Kensington Palace, West London.

A page at www.royal.uk/prince-albert reads Access Denied – which is the same message that greets visitors trying to visit that page or those of the newborn’s siblings. 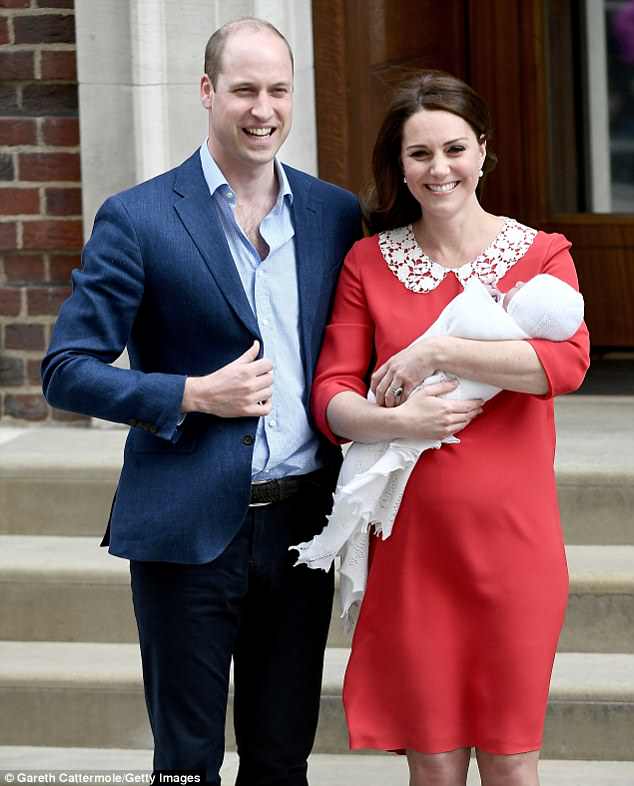 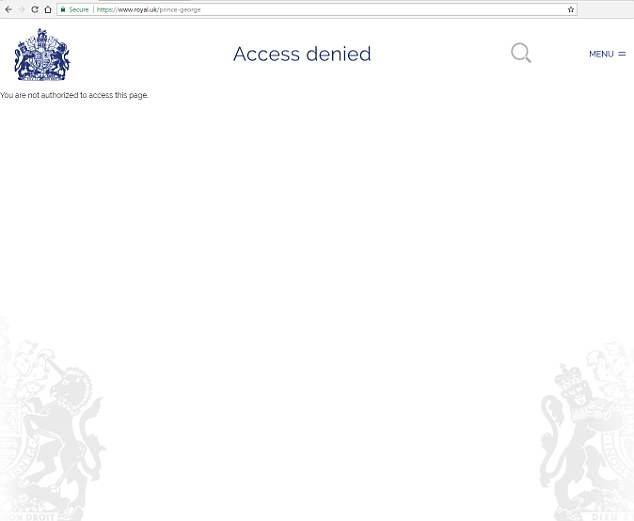 Searches for his brother Prince George and Princess Charlotte also carry the message.

But if visitors attempt to view pages bearing other rumoured names – including Arthur and Alexander – the website simply presents the message: ‘Page Not Found.’

The identical appearance of the Albert page when compared to George’s may provide the strongest clue yet as to the impending announcement. 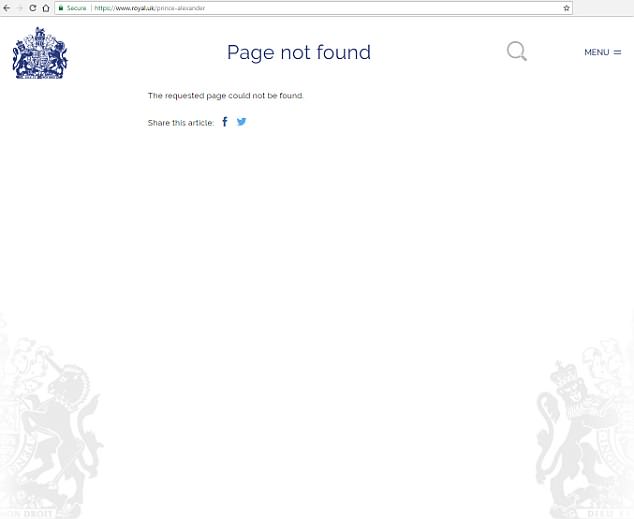 Since the prince was born on Monday, William has stoked anticipation, promising well-wishers: ‘You’ll find out soon!’

There has been a flurry of royalist enthusiasm online as the public eagerly await the announcement. 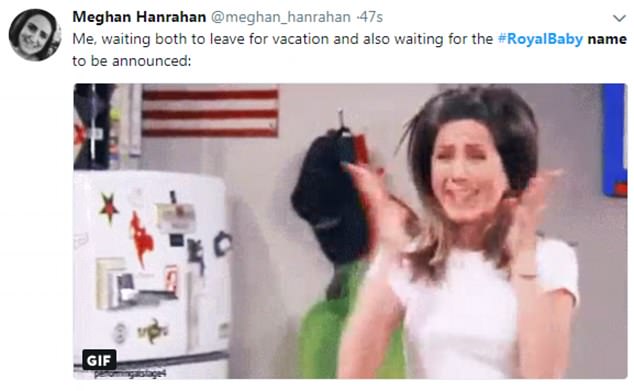 With Twitter users floating names from Freddy to Princey McPrinceface, the anticipation has reached fever pitch.

Other ideas suggested include naming the prince after a character from the hit US sitcom FRIENDS as well as Crumpet and Baby McBaby Face. 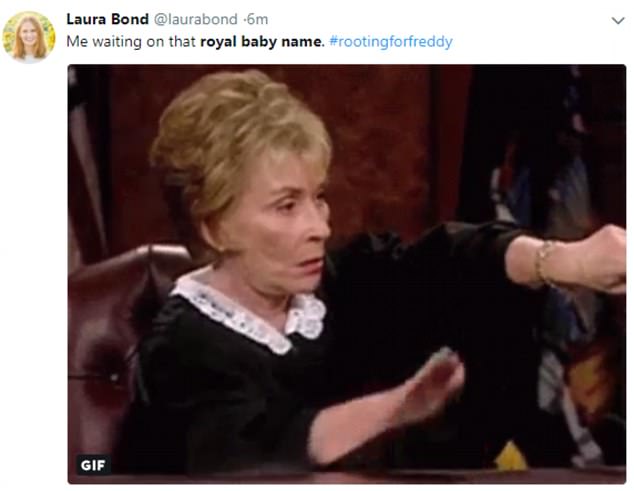