Will small businesses benefit from Black Friday this year?

Black Friday has become an increasingly popular shopping event, as customers try to bag bargains ahead of Christmas.

But while big retailers use it as an opportunity to bolster their takings, the situation for small businesses is more complicated.

Many small businesses are continuing to struggle, after two years of interrupted trade thanks to the pandemic and consumer confidence taking a hit this year – so slashing their prices in the hope of boosting sales might feel like a big risk.

Shopping frenzy: Black Friday might be a chance to bag some bargains, but for small businesses the pressure to discount will hit margins

But with Britons expected to spend more than £4billion this Black Friday and Cyber Monday, is it something small businesses can still ignore?

We look at what small businesses plan to do as they face pressure to discount ahead of Christmas, and whether the juggernaut that is Black Friday really can act as a lifeline.

The cost of living crisis is likely to have a significant impact on how willing consumers are to spend on Black Friday.

While some shoppers may well be on the hunt for some bargains ahead of the Christmas period, consumer confidence has taken a battering this year.

The latest EY Future Consumer Index, which surveyed UK consumers just after September’s mini-Budget, found consumer confidence to be at an all-time low with just 26 per cent of respondents feeling confident about the future.

Rising prices mean some consumers may well use Black Friday discounts to try and make some savings on their Christmas presents.

But the same survey also found that nearly half of UK consumers expect to spend less over the festive season than this year than they have in previous years, compared to 22 per cent in 2021.

And many have more pressing financial concerns than buying Christmas presents.

A survey by consumer research platform Attest has revealed that a third of UK consumers are cutting down on their Black Friday spending to save money, with a quarter using the cash to pay for their energy bills. 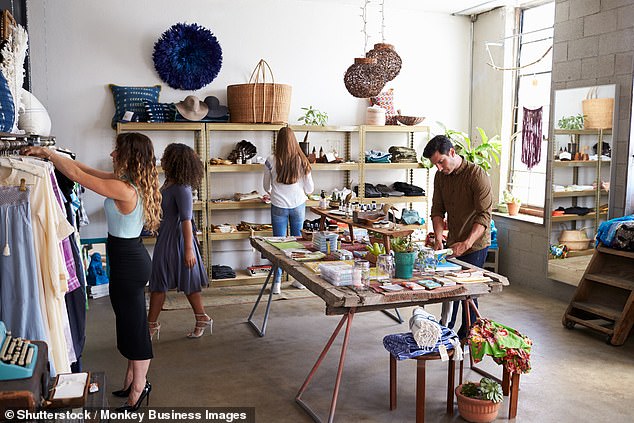 Discounting dilemma: Some small firms offer Black Friday discounts to compete with big retailers, but others deliberately shun it and hope their loyal customers will understand

‘Consumers’ desire to save or be extremely cautious when it comes to spending goes beyond Black Friday, with three-quarters admitting to changing their gifting behaviour this Christmas.

‘This poses significant challenges to all retailers – with changing priorities, patterns and places where people are planning to spend – and while it will make this one of the most competitive Christmas retail periods in a long time, there will be winners.’

Why some small businesses are shunning Black Friday

The shoppers who do look for discounts this weekend will be far more savvy than in previous years.

A survey by YouGov, commissioned by rewards website TopCashback, shows 51 per cent of shoppers say they are relying on Black Friday deals to afford their Christmas shopping this year. While others are planning to use the sales to buy products that will help them save money in the long-term.

Amongst the most popular money-saving items Brits are planning to purchase are air fryers (15 per cent), a heated airer (6 per cent) and a microwave (5 per cent).

Adam Bullock, UK director of TopCashback said: ‘Black Friday 2022 is set to be very different to previous years. Perhaps for the first time ever, rather than just hungry for a bargain, shoppers up and down the country are relying on the sales to purchase something they need.

‘Be that a Christmas present or a new energy-efficient gadget, savings offered on Black Friday provide the perfect opportunity for UK families to reduce their spending in the run up to one of the most expensive times of the year.’

While Black Friday might present an opportunity for consumers, small businesses are set to lose out and are already feeling the pressure.

Most independent brands won’t be able to offer the same mega discounts larger retailers can and don’t have the capacity or desire to deal with the extra cost. 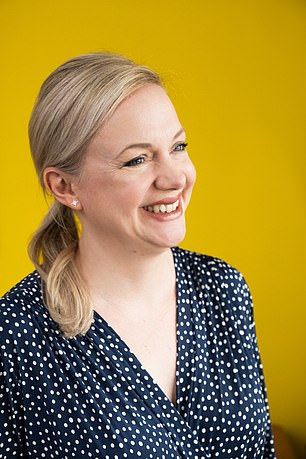 ‘This undercuts small businesses and takes away sales that could have been made with small independents. Small businesses advertising Black Friday deals are falling into the trap, so please don’t compete with big institutions.

Shunning Black Friday discounts may well work in some independent businesses’ favour as they rely on loyal customers.

Barry Whitehouse, owner of Banbury-based art shop, The Artery said: ‘Black Friday can be a dark day indeed for small independent retailers, as all the razzmatazz and hysteria that surrounds it can encourage even the most loyal local shoppers to go online and buy through a retail giant.

‘It can also put real pressure on small businesses to reduce their own prices at a time when many are already on the brink.

‘Luckily, we have a loyal customer base who understand that an independent shop is more than just a place to transact but a place to chat and meet others in the local community.

‘That experience more than makes up for a quick one-off saving due to a Black Friday discount.’

While some businesses are steadfast in their opposition to Black Friday, others have little choice when going up against the major retailers.

‘I begrudgingly embraced it for the first time last year and decided to overlook the margin hit for the quick cash injection,’ she said.

I want to hate Black Friday, and in many respects I do. But I cannot argue with the fact that for several years running it has been the strongest sales weekend of the year for my small business

‘Given the snail’s pace of business this year I have no choice but to do it again. It’s a delicate balance between not alienating your existing customers and offering bargains for mass appeal. It’s tough.’

A survey of 1,000 small retailers by Newspage and Shopappy shows eight in 10 say Black Friday is piling the pressure on them to lower their prices to remain competitive.

Bryony Lewis, founder of the Wareham-based online gift website, T & Belle said: ‘I want to hate Black Friday, and in many respects I do. I hate the version of it that involves stampedes of people flocking to huge retail giants who are flogging substandard electronics at slightly less inflated prices than usual.

‘But I cannot argue with the fact that for several years running it has been the strongest sales weekend of the year for my small business.

‘Last year, I made more during that weekend than the entire previous month. So instead of shunning it, I try to embrace it and shout about shopping small rather than lining the pockets of the big stores.

‘I feel that ignoring Black Friday weekend when the future of my business depends on a good last quarter would quite frankly be foolish.’