Chelsea goalscorer Willian stayed upbeat for the second leg, insisting: ‘We can win it.’

‘I thought we deserved the win today. We have to go there and play the same game.’ 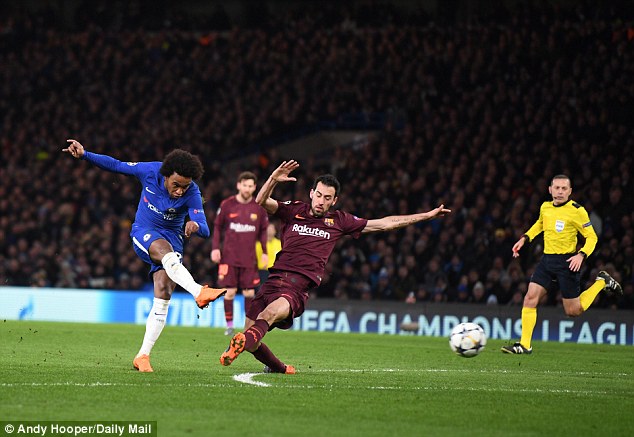 The Brazilian struck the first goal of the night, rifling home to put Chelsea into the lead 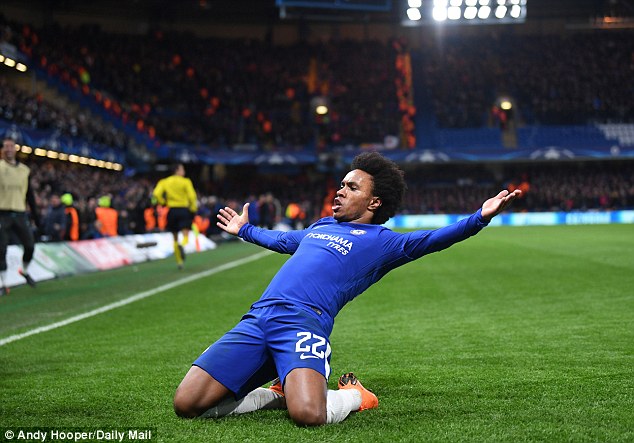 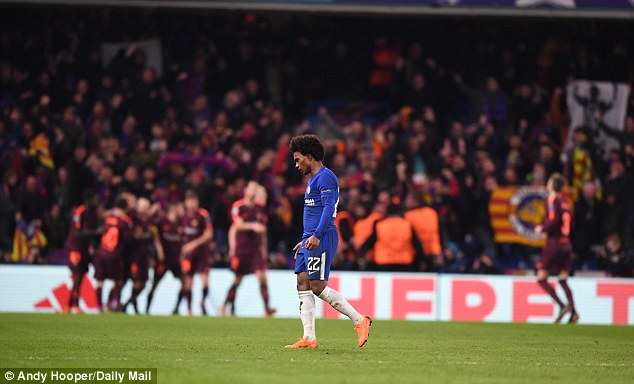 Cesc Fabregas said: ‘It’s such a shame. I thought we were very good and went with a gameplan and executed it well. They are one of the best teams in the world. We were solid and created chances as a team.

‘Overall it was a fantastic performance. We go home thinking we competed very well but then we’re sad.

‘Now you give them a big chance because at the Nou Camp they are very strong. Defending there for 90 minutes can feel like an eternity.’ 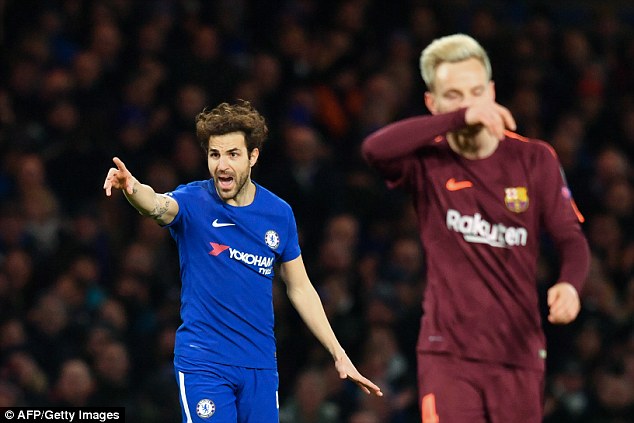 BT Sport pundit Rio Ferdinand reflected ruefully on the Christensen mistake — a stray pass across the face of his own box seized upon by Andres Iniesta, who teed up Messi.

‘You don’t do that in games of this magnitude,’ said the former England defender. ‘When you give a chance to players like that man (Messi) it invariably ends up in the back of the net.’

‘It’s poised, but Barcelona are favourites in this tie,’ said Lampard. ‘They are so strong at the Nou Camp. It feels like a what-could-have-been kind of night.’ 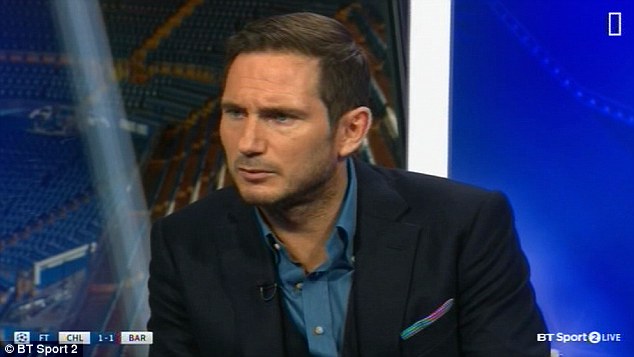