Willian proved to Chelsea why he is so key

After hitting the woodwork twice against Barcelona, the third time really was the charm for Willian.

To finally get his goal on Tuesday, he used the same trademark move that he has practised to perfection at Chelsea’s Cobham training ground.

Willian received the ball outside of the box, paused, accelerated to the right then put it past a static Marc-Andre ter Stegen. At last, the warrior had his reward. 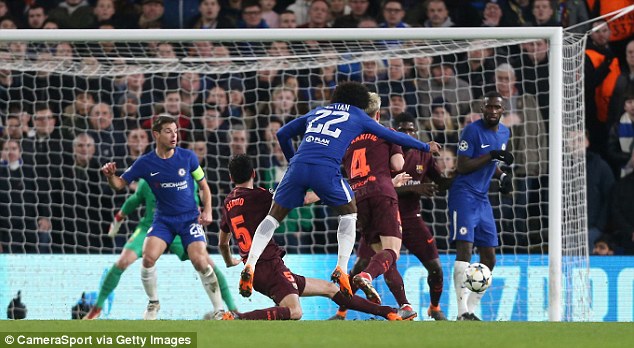 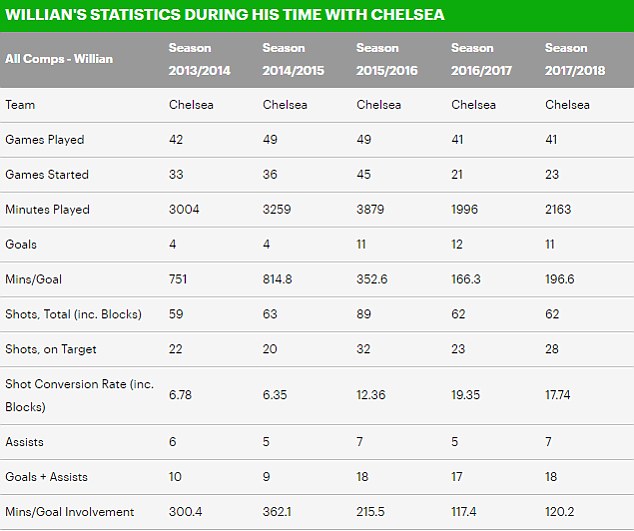 This was possibly the Brazilian’s best performance since he first pulled on the blue of Chelsea five years ago, certainly when it comes to big games.

The 29-year-old signed for Chelsea in 2013 after the west Londoners had made enquiries about him in every transfer window since the summer of 2011. Tottenham thought they had him for a while but the transfer was hijacked by Roman Abramovich and a £32million cheque.

Chelsea had to prepare a case for Willian to be granted a work permit under the ‘exceptional talent’ rule and Jose Mourinho gave evidence on his behalf at the Brazilian’s hearing.

When Willian can have a game like this against Barcelona, ‘exceptional’ is the right word. The determined winger is a boundless ball of energy with a direct style.

One of his criticisms after joining from Russia’s Anzhi Makhachkala was that he provided little end product. Eventually, he is finding that finishing touch.

This season he has been involved in 18 goals in all competitions – scoring 11, assisting seven. They are his best statistics since signing.

Willian has not always been one of the most celebrated players in the Premier League. Nor at Chelsea. He is not always in the team, after all, despite now being part of the furniture at Cobham.

That could be because of inconsistency, with some supporters frustrated that he is capable of having games like this but that they do not come as often as they should.

Against Barcelona, one of the best teams in the world, he became Willian the Great. A fearless leader in front of goal. He managed six take-ons, four chances created and two tackles as well as his strike. He also won 12 duels overall – more than any other player on the pitch.

It was a striking performance against a team who know how to strike fear into opposing players – just ask Andreas Christensen.

Willian’s confidence was sky high. Before this Champions League clash, the Brazil international with 49 caps put in a man of the match performance in the FA Cup. That was against Hull’s reserves at Stamford Bridge but still, he was their chief tormentor and a pain in the backside from the get-go.

That was arguably Willian’s audition to make sure that he was in this team against Barcelona and that the likes of Alvaro Morata and Olivier Giroud started on the substitutes’ bench.

Antonio Conte stuck by him and it worked. Once again, he was the orchestrator, this time not against a heavily-changed Championship team but one of the Champions League favourites. To be able to carry such a high level of performance from one to the other said a lot about his character.

There has been some talk of a reunion with Mourinho at Manchester United. 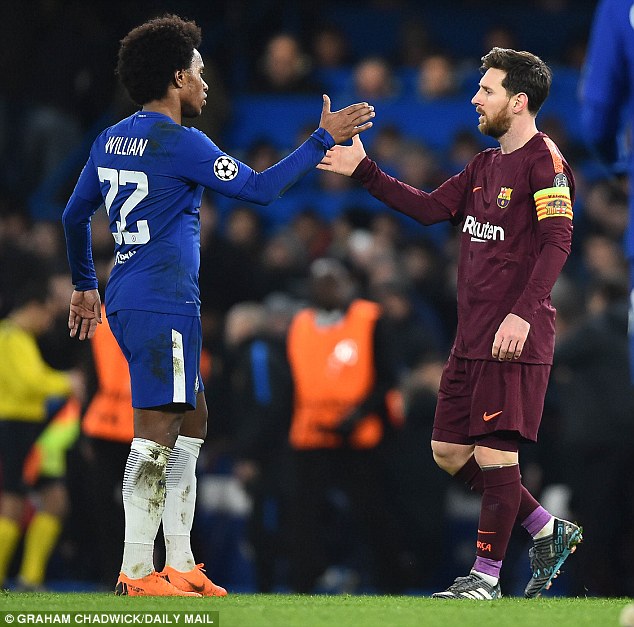 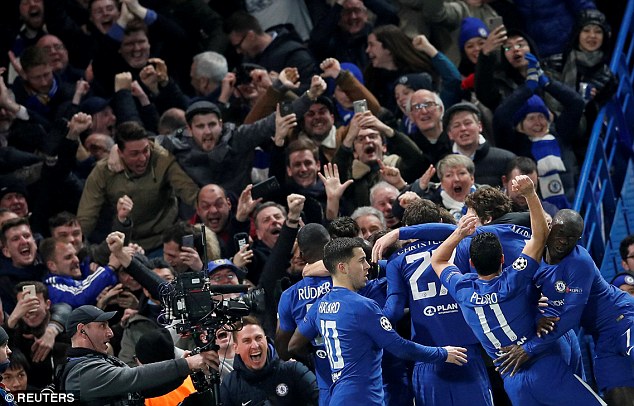 It was Willian whose counter-attack goal caused Mourinho to go for a stroll down the touchline at Anfield, patting the Chelsea badge on his chest and waving his arms in celebration. The Portuguese is certainly a fan.

During Mourinho’s meltdown season in 2015-16, Eden Hazard was described as one of the ‘rats’ who downed tools. Willian, meanwhile, won Chelsea Player of the Year by a landslide.

He is a player you would love to have at your club and a few honest United fans would probably admit as such. On form, he can be one of the best.

The debate now is whether a 1-1 draw with Barcelona is good or bad.

Good, because Chelsea were not ripped apart like they were by Watford or Bournemouth recently. Bad, because they now need to go to the Nou Camp and score, rather than defend what would have been a well-deserved 1-0 lead courtesy of their Brazilian.

The silver lining is they now know they have to give it a go and Conte can set up his team to attack. Judging by Willian’s previous performances, he will have a big say in the overall outcome.