‘I still think he is going to drop me a text’: Pat Cash agonises over death of close mate Shane Warne as Australian tennis hero remembers cricket icon at Wimbledon

For Pat Cash, this year’s Wimbledon tournament has onset fond memories of his mate Shane Warne, as he reflected on his friendship with the cricket hero.

Warne died aged 52 earlier this year after suffering a heart attack while on holiday in Thailand, sending shockwaves the world over with tributes pouring in from a legion of different sports.

And on the 35th anniversary of his triumph in SW19, Australian tennis legend Cash has the memory of Warne at the forefront of his mind – not his sensational win over arch rival Ivan Lendl.

‘We were always in contact so he knew when Wimbledon was on and I knew when the Test matches were on and he was around town,’ Cash recalled via News Corp.

‘He was a bloody good tennis player, he had a heck of a serve … hit the ball really well, a bit wild.

‘I still think he is going to drop a text to me or give me a call.

‘It is the middle of Wimbledon and the two people that call me are Shane Warne and Ronnie Wood from The Rolling Stones — I usually get a call from one or the other about tickets,’ Cash, former World No. 4, said. 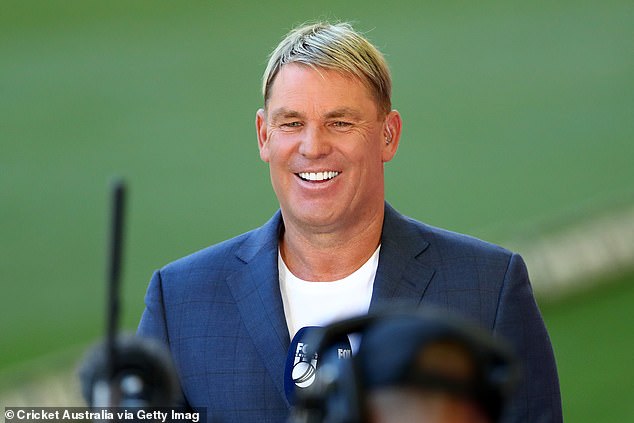 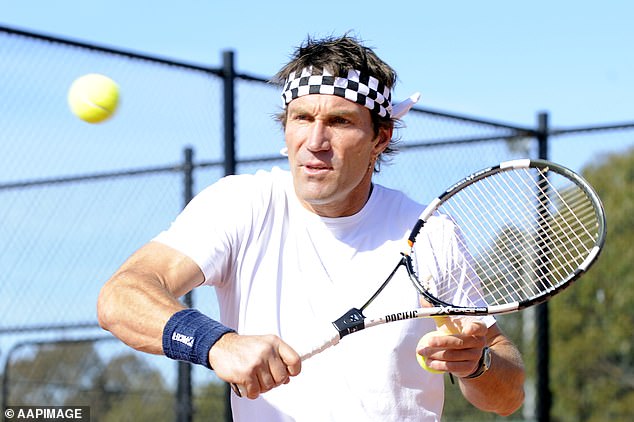 ‘At the moment the Stones are on tour so I am not getting a call from either of them.’

Australia’s Nick Kyrgios is hoping to emulate his countryman and win the prestigious tournament this summer, with the divisive star just two victories away from lifting the trophy.

Kyrgios came through his quarter final against Chile’s Cristian Garin with ease on Wednesday to book a semi final clash against Rafael Nadal.

The 27-year-old has happy memories of facing the Spaniard in SW19, having earned a shock victory over Nadal when he was a teenager back in 2014.

The French Open champion battled through a gutsy five-setter against Taylor Fritz, but is facing a race against time to be fit for Friday’s match.