By John Lloyd For The Mail On Sunday

I would not be at all surprised if Sunday’s final goes to five sets, as there is so little separating Novak Djokovic and Roger Federer, the first and second seeds. But for me, the big difference over best-of-five will be the defensive side to their games. That will define the match.

When the match stretches to four hours or more, that is when the mental toll of trying to get past your opponent kicks in, and it wears you down. Djokovic is so good in this respect. I don’t mean he is a defensive player, but that is in his bag. He can also attack you, obviously, but getting past him is like robbing Fort Knox. It tires you out.

Federer is going to come after him with everything he has, but I just think that over a long period of time there are going to be too many balls coming back in bad positions and errors are going to come. That is where you separate them and over five sets, I think Djokovic will be too tough.

How could Federer win this? Well, he served at 68 per cent first serve against Nadal. That was tremendous. He is going to have to serve as well as that to win this match. Serving brilliantly will help him get through Djokovic’s defences.

The other key will be variety — using the drop shot, serve and volley, and taking the ball on the rise. Federer said he was tired after the semi-final. Yes it was intense and more mentally draining because of their rivalry, but it was four sets and not that long.

He is 37, almost 38, and so logically you would think that if he was exhausted after that one, the idea of going four hours to beat Djokovic, you suspect he will have to cut some corners without being reckless. 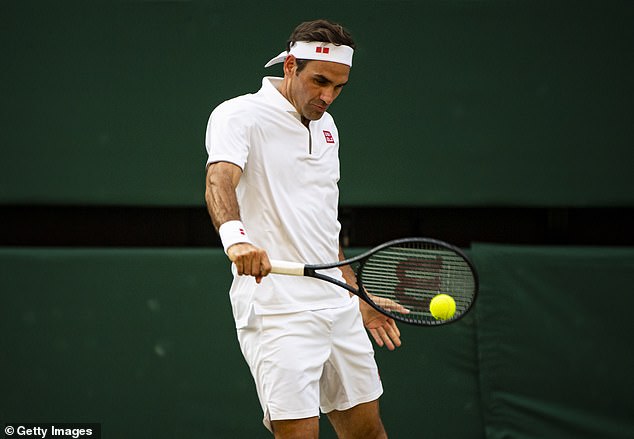 He will have to take some chances, just like he did against Nadal in those last two games when Nadal was coming back at him.

Some of those shots he went for were high risk. He was perfect. Can he do it again? He can do anything, but he is going to have to be very precise.

My only doubt on Djokovic will be whether he has been tested enough. He hasn’t played anyone anywhere near the same standard as Federer. But despite that, I would back him to defend his title successfully today.