Win over Everton was perfect warm up for Manchester City

Just before the half hour mark at Goodison, Manchester City defender Nicolas Otamendi played a cross field ball on to the toe of the breaking Leroy Sane. As the German failed to control the pass, it became apparent that it was just about City’s first false move of the afternoon.

By that time, Pep Guardiola’s team were two goals up already. A few minutes later, they were ahead by three and this game – such as it was – was over.

For City this was the perfect warm up for the biggest game of their season at Anfield in the Champions League on Wednesday.

With victory assured so early in the piece, City coasted through the final hour of the game. They were never going to pick up any injuries simply because Everton could not get near enough to them to cause them any discomfort.

City’s game with Liverpool will not be like this, of course. Nor will it be like this when City host Manchester United next Saturday in search of the three points that would bring Guardiola his first Premier League title in the best way possible.

Jurgen Klopp will have a plan and Jose Mourinho will certainly have a plan. They will be vastly different and only of them will involve playing a lot of football. But they will have them, all the same. Here at a depressingly subdued Goodison, it was hard to detect an Everton game plan at all.

Playing City can be nightmarish. Press them and they are likely to play it round you. Sit off them and they will play it through you or over you. Everton ultimately did neither and therefore presented City with absolutely no challenge whatsoever. 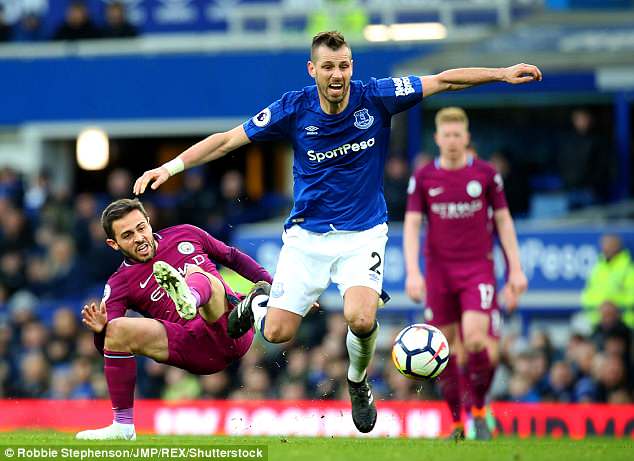 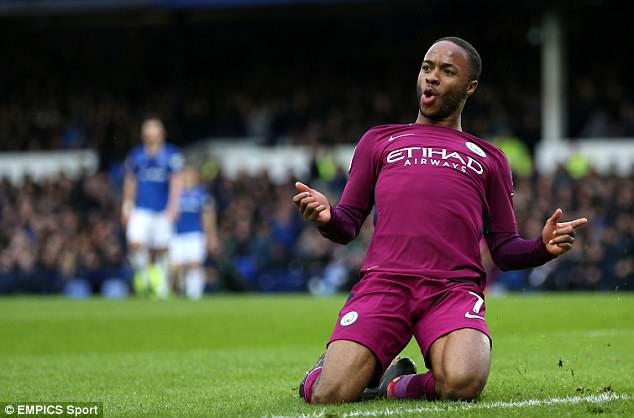 There was no energy about the home team and, with Wayne Rooney and Morgan Schneiderlin forming their midfield two, there were not a lot of legs in the part of the field that mattered either.

City barely had to break sweat to score. They passed the ball beautifully and took their chances clinically. But they will always do this if they are given time and space in which to work and on this occasion there was plenty of both.

Last season the Premier League was a puzzle to Guardiola at times. He couldn’t get to grips with its fierceness. Conversely, he wouldn’t have expected this from a Sam Allardyce team either. In the first 45 minutes, Everton committed one foul and that summed a meekness that prompted a small number of home fans to leave at half-time.

For City, the attacking trio of Kevin de Bruyne, David Silva and the German Sane were superb. There has been much talk of Raheem Sterling on the back on his efforts on international duty but on this evidence Liverpool will find danger arriving from all angles on Wednesday.

City will find themselves forced to play at a rather quicker pace at Anfield. Once again it should be quite a spectacle. This was a contest in name only and that says as much about Everton as it does the league champions elect.