A Government video in 2013 gave advice to people being deported to Jamaica after 30 years emerged today in a damning new twist to the Windrush scandal.

The clip – which was removed from YouTube but was found in a video archive – admits it is ‘daunting’ for people who have lived in Britain for decades to be repatriated.

It promises help from a £5million Foreign Office programme to assist with ‘rehabilitation and reintegration’.

A Government video in 2013 gave advice to people being deported to Jamaica after 30 years emerged today in a damning new twist to the Windrush scandal. In one scene it promotes the British High Commission’s Rehabilitation and Reintegration Programme in Kingston 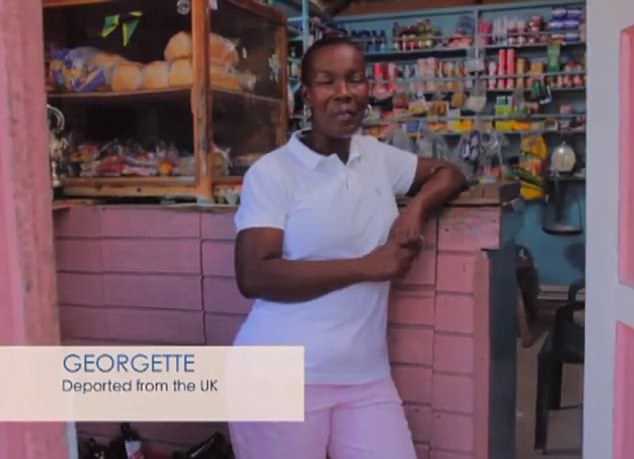 The video features case studies of people deported from the UK to Jamaica, including ‘Georgette’, pictured 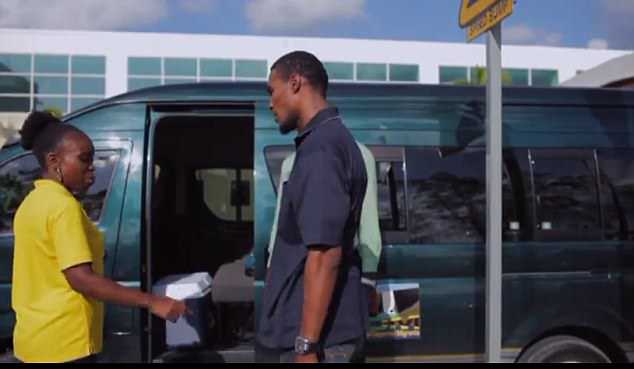 In another scene the video shows a deportee at Kingston Airport in Jamaica, arriving without documentation and detailing the steps taken to get them citizenship, ID and emergency accommodation

It shows a deportee at Kingston Airport in Jamaica, arriving without documentation and detailing the steps taken to get them citizenship, ID and emergency accommodation.

It promotes the British High Commission’s Rehabilitation and Reintegration Programme in Kingston and uses case studies of people deported from Britain.

One section of the video features Steve Burns, the First Secretary Migration Delivery Officer, explaining how support for deportees was ‘designed to meet their needs’.

The new twist, revealed by Sky News Political Editor Faisal Islam, will mount further pressure on Home Secretary Amber Rudd who is fighting to save her job more than a week after the scandal first emerged.

Ms Rudd is facing more pressure over the Windrush scandal today after it emerged the Home Office did set targets for the voluntary deportation of illegal immigrants.

The Home Secretary said she was ‘not aware’ of any targets when she made a bruising appearance before a powerful committee of MPs last night.

A senior official at the department added that the goals ‘did not exist’. 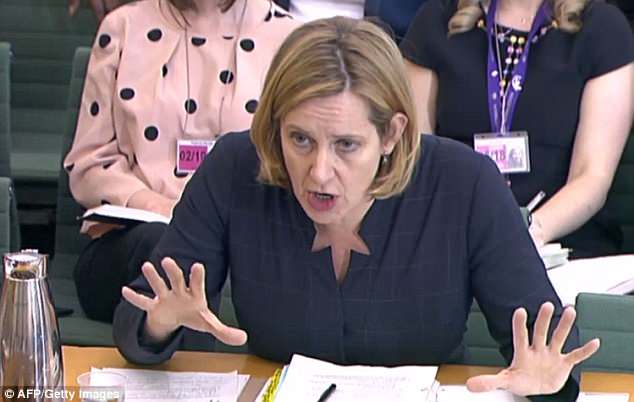 But a report by the borders and immigration watchdog has surfaced stating that targets were set in 2014/15 and for 2015/16.

What documentation do Windrush immigrants have to provide?

Immigrants must fill out a form to apply for a biometric card which allows them to remain in the UK.

The application costs £229 per person – but the Home Office has now said it will waive the fee for Windrush immigrants after the controversy.

Applicants must fill in a 21-page document .

And if they do not have a passport they must provide documents proving they have continuously lived in the UK since 1973.

This can include exam certificates, employment records, a National Insurance number, birth and marriage certificates and bills and letters.

Miss Rudd has been summoned before the House of Commons to face a grilling on the issue – set to be another torrid session.

The latest row erupted after Miss Rudd delivered another grovelling apology over the Windrush debacle.

She and Theresa May have come under intense pressure after it emerged residents who arrived from the Commonwealth from the late 1940s to the early 1970s had become caught up in a crackdown on illegal immigration.

People who have legally lived in the UK for decades have lost their homes, jobs or rights to NHS treatment, while some have been locked up in detention centres or threatened with deportation.

Miss Rudd yesterday admitted she had been too slow in recognising that there might be a ‘systemic’ issue over their treatment.

During the bruising session, Miss Rudd revealed she did not know if any Windrush immigrants had been detained.

MailOnline has asked the Home Office for comment on the video.