Mr Javid, above, said they ‘retain strong ties to this country, which we should respect and nurture’

More than 200 people from the Windrush generation who retired to the Caribbean have sought help amid fears they may be barred from returning to the UK.

Home Secretary Sajid Javid revealed the number of West Indian migrants who inadvertently ‘forfeited residence’ in Britain when they went back to the country of their birth.

Every Commonwealth migrant was given an automatic right to stay if they arrived in the UK between 1948 and 1973. But many never applied for passports or were formally naturalised.

Some went back to the Caribbean, despite having worked all their lives in the UK.

But Mr Javid said they ‘retain strong ties to this country, which we should respect and nurture’. Updating the Commons’ Home Affairs select committee yesterday, he said that 11 individuals who fell into this category had now returned to the UK and a specialist Home Office taskforce is handling another 226 inquiries.

Mr Javid said there was already provision in the immigration system for people whose permanent residence status had lapsed, through a prolonged absence from the UK, to resume it by obtaining a ‘returning resident’ visa. It is limited to those who have spent most of their lives in the UK.

But he told MPs: ‘I am adjusting the visa rules to ensure they are interpreted generously in respect of the Windrush generation, who spent a considerable time in the UK and who may have been unaware that they were forfeiting residence here when they left. This will be made available free of charge.’

He said if individuals preferred to come back to visit friends and family in the UK, they would be issued with a ten-year visit visa, also free of charge.

The Cabinet minister also revealed the Home Office had established contact with just three of up to 63 members of the Windrush generation who may have been wrongly kicked out of Britain.

It followed a trawl of 8,000 records on immigrants deported or removed to the Caribbean since 2002.

Officials had been checking the documents amid fears that people who had been here lawfully for decades may have been forced to leave after being mistakenly declared as illegal immigrants. 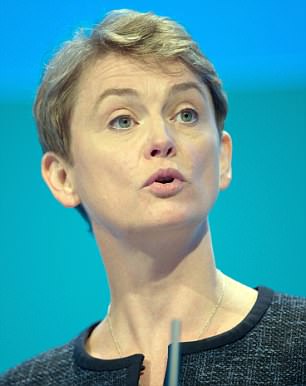 Mr Javid has written to committee chairman Yvette Cooper, above

All 63 people are from the West Indies and aged over 45. It means some of them might have arrived in Britain before 1973 and therefore be entitled to automatic settlement.

Of this number, 32 were booted out because they had committed crimes, while 31 were subject to ‘administrative’ removals, which includes people sent a Home Office letter ordering them to leave.

In a letter to committee chairman Yvette Cooper, Mr Javid said those who hadn’t committed crimes were being ‘proactively contacted through a specialist Home Office unit where it had contact details.

He added: ‘We have so far made contact with three and are asking high commissioners to assist where we do not have contact details. When we reach these individuals they will be invited to contact the taskforce.’ Officials are still checking how many Windrush migrants have wrongly been detained. Mr Javid said this could take up to eight weeks. 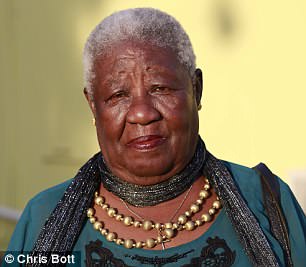 A Windrush pensioner was prevented from returning to Britain to meet her great-grandchildren, despite serving the NHS for almost 30 years.

Retired nurse Icilda Williams, 84, has seven children, 20 grandchildren and 25 great-grandchildren all living in Britain, but she has been banned from even applying for a visa to visit.

The widow, who retired to Jamaica with her husband Kenneth in 1996, had travelled to and from the Caribbean almost every year before the Home Office crackdown in 2014.

‘It is heartbreaking,’ she said. ‘I feel very lonely without being able to see my family and I find myself crying at night.’

Mrs Williams arrived in Britain to join her husband, a cabinet maker, in 1962 before the couple settled in Bradford.