Windrush pensioner cannot visit his family in the UK

An elderly Windrush pensioner has been torn from his UK family and left stranded in Jamaica despite working in Britain for more than half a century.

Grandfather Clayton Barnes, 82, who moved to England in 1959, has been barred from returning to the country for the past eight years.

The retired roofer from Milton Keynes – currently ill in hospital – had gone to Jamaica to renovate his house after it was damaged in a hurricane in 2010.

Claytons’ daughter Samantha Barnes-Garner, 48, (second from the right) with her children from left Maisie, Bryce and Luke.  Clayton, 82, is stuck in Jamaica and cannot get back to the UK despite working in Britain for 51 years 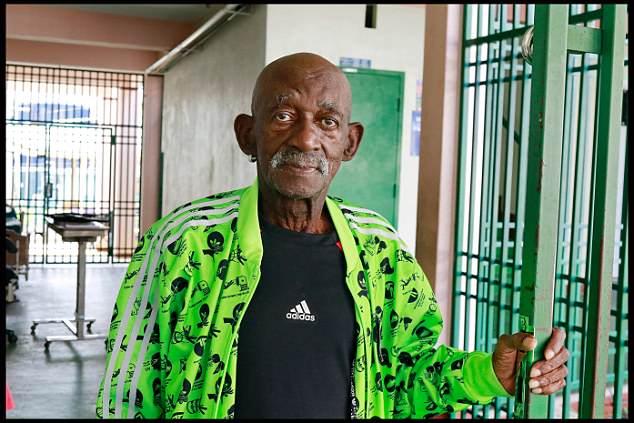 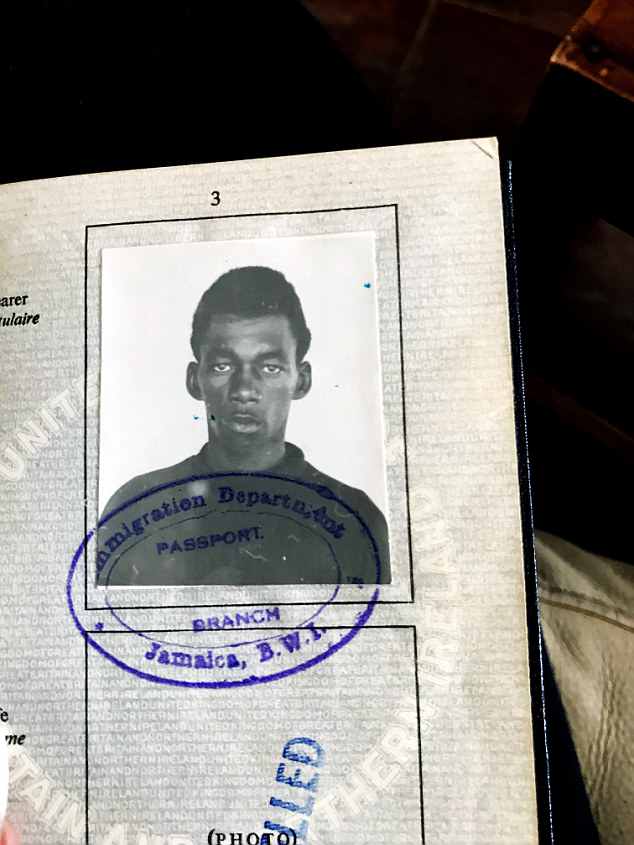 But in 2013 when he tried to fly back to England, where his two daughters and five grandchildren live, he was told his indefinite leave to remain in the UK was no longer valid as he had not returned within the two-year time limit.

Mr Barnes said: ‘I feel terrible, like I am being treated as a criminal. I came here to fix up the house so I could split my retirement between Jamaica and England but now I’m told I can’t go back.

‘It is like I have been deported … England was my home, I lived there, worked there, married there and had children there. I worked hard, paid my taxes and have no criminal record. Why can’t I come back?’

The pensioner was admitted to a public hospital in the town of Mandeville this month, on a ward with dozens of other patients. 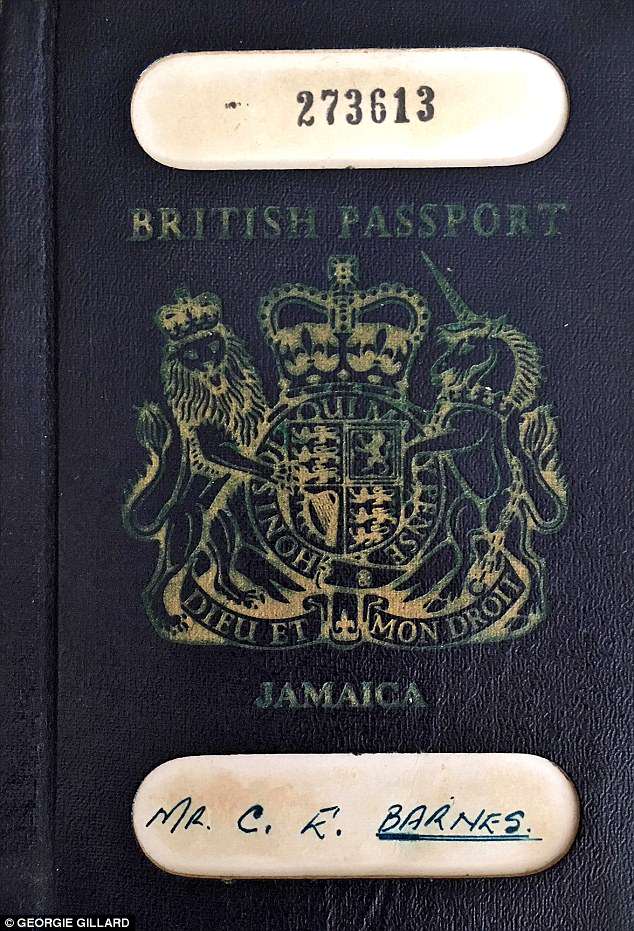 Clayton Barnes’ British passport from 1959, the year he moved to the UK 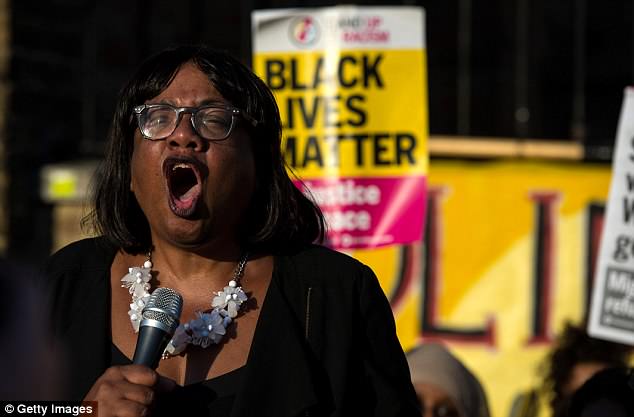 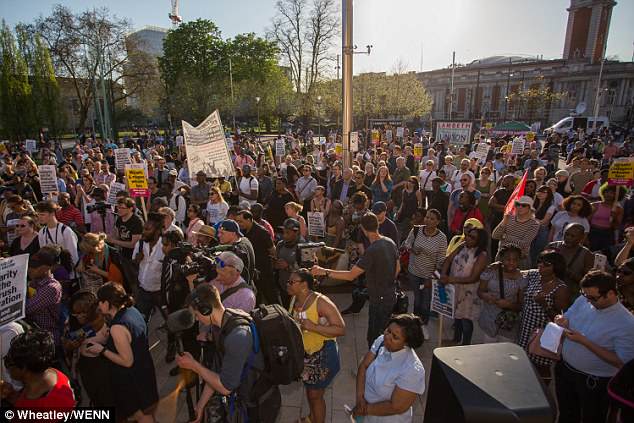 He has suffered with a build-up of fluid on his lungs and heart after years of asbestos exposure while working as a roofer and builder in England.

After paying taxes in the UK for 51 years, Mr Barnes had hoped he would have access to the NHS in old age.

Speaking from hospital, he said: ‘I would rather be in England to get treatment with my family nearby.

They do their best here but they do not have the facilities.’ Mr Barnes was yesterday expected to spend five more days in hospital after being given too high a dose of blood-thinning drugs.

As a member of the Windrush generation, he was given indefinite leave to remain in the UK after arriving at 23 on a Jamaican passport to join his mother. 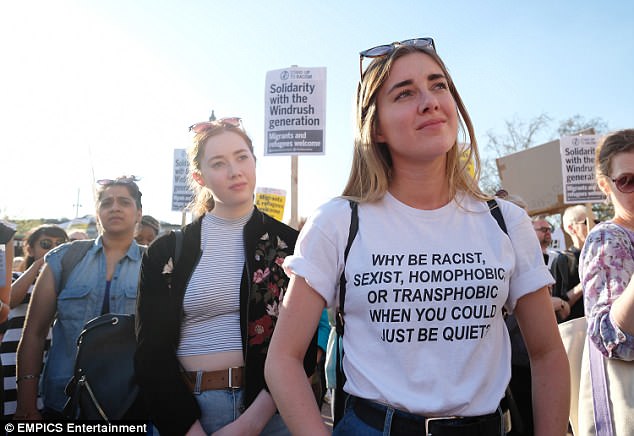 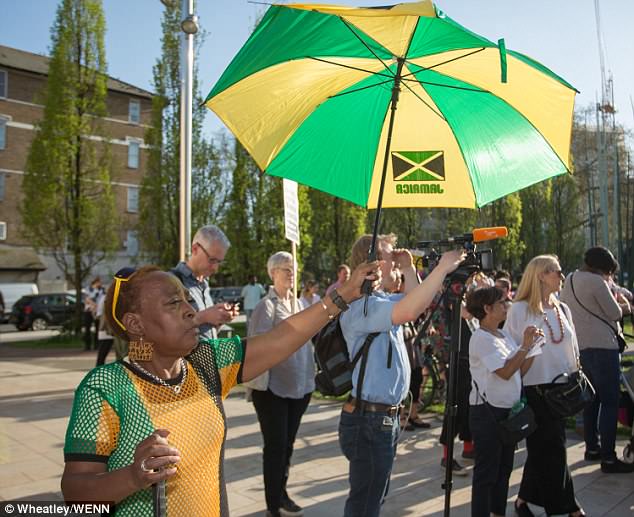 He first lived in Kilburn, north-west London, and worked as a shoemaker before moving to Milton Keynes and marrying his wife Lena, who was from Barbados.

Mr Barnes owned a house in Milton Keynes but sold it following the break-up of his marriage after more than 20 years, and was living in a property owned by his daughter before he travelled to Jamaica.

He had never felt the need to apply for a UK passport as he was able to travel freely to and from England with the indefinite leave stamp on his existing passport without any problems.

He has holidayed in Jamaica, where his two sisters live, several times and always returned without issue. 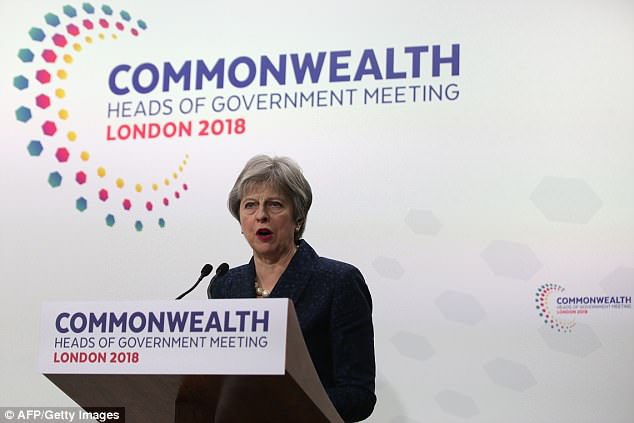 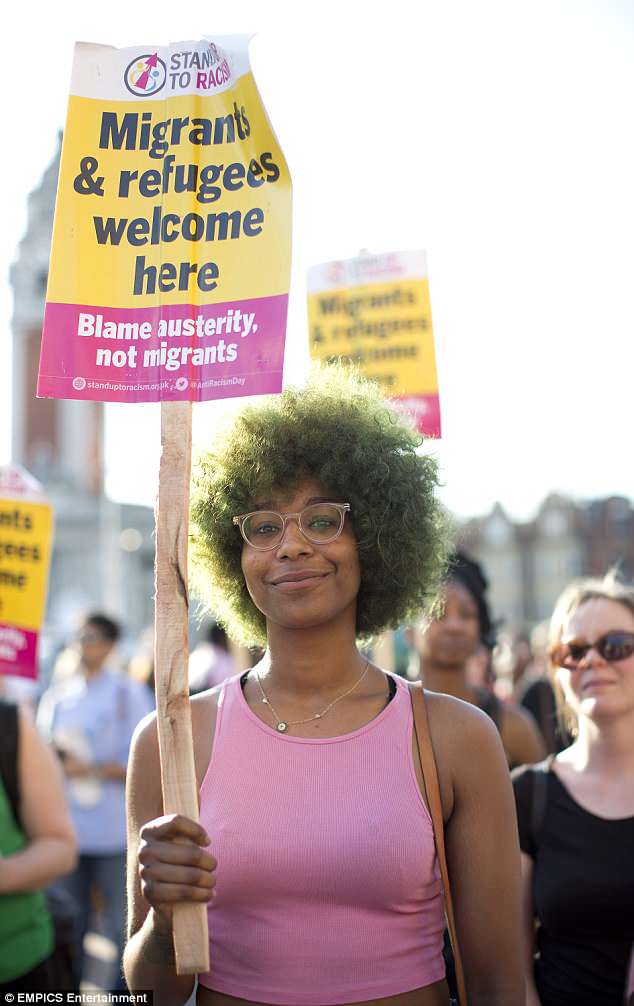 But in 2013 when he tried to fly back to Britain for Christmas he was told his leave was invalid as he had not returned within the time limit and the stamp had expired.

His daughter Samantha Barnes-Garner, 48, has repeatedly tried and failed to obtain even a short stay visa for him to visit for special occasions.

She said: ‘We had no idea there was a time limit … It was never ever mentioned to us. We assumed indefinite leave to remain meant just that … I’m appalled at how my dad has been treated.’

The dance teacher fears her father’s health will deteriorate further with age and he will not be able to access the right care.

‘He has worked all his life in the UK, paid his taxes and his national insurance so it is only right he can come here and access the NHS,’ she added.

‘But he is being denied all that … He cannot even come to visit for Christmas and has missed so many other things like my son’s graduation. It’s devastating.

‘I would hate for my dad to die without being able to visit England one more time … where he lived his life and had his children.’

The Windrush generation were given indefinite leave to remain after arriving from the Commonwealth between the late 1940s and early 1970s to help rebuild post-war Britain.

But in recent weeks it has emerged that many have been denied the right to live and work in the UK, been threatened with deportation or found themselves stranded abroad because of a Home Office crackdown.

Although Mr Barnes’s family are confident he has a case, they have been reluctant to pursue it legally because of his age and the costs.

The grandfather, who still gets his UK pension, said he had been ‘robbed’ of enjoying retirement. Asked what he would say to the Prime Minister, he said: ‘I would ask her, “Why can’t I come back?”’

Theresa May has been forced to issue several apologies over the scandal. The Home Office has been unable to provide clarity on how many people were wrongly removed or refused re-entry.

Last night the number of cases being looked at as a result of calls to the Home Office’s dedicated helpline stood at 286. Eight people had been given permanent status.

Payout for victims of the fiasco

Members of the Windrush generation wrongly embroiled in the immigration crackdown will be compensated, Theresa May has promised.

Payments, which amount to tens of thousands of pounds, will be made to Commonwealth citizens mistakenly identified as being in the UK illegally, the Prime Minister said yesterday.

She had already been forced to apologise for the scandal, blamed on tough immigration rules she introduced as Home Secretary in 2014.

Closing the Commonwealth summit yesterday, she said: ‘I gave an absolute commitment that the United Kingdom government would do whatever it takes – including, where appropriate, payment of compensation – to resolve the anxiety and problems which some of the Windrush generation have suffered.’

Downing Street said the payments would go beyond ‘reimbursement of any legal fees’. Further details will be announced next week.

Keith Mitchell, prime minister of Grenada, said it had to be a ‘substantial sum’, adding: ‘There are people who have lost a lot.’

It came as Home Secretary Amber Rudd issued a defence of the Government’s crackdown on illegal immigration. A Home Office spokesman said last night: ‘It is clearly essential we continue to take action against people who are here illegally.’ They stressed that the Windrush generation were here lawfully.