Guy Verhofstadt, the European Parliament’s Brexit coordinator, seized on the row to question whether the Home Office could be trusted.

He insisted the EU would need to make sure people did not face a ‘bureaucratic nightmare’ after the row over the rights of migrants who came to Britain from the Caribbean following the Second World War.

But Downing Street dismissed Mr Verhofstadt’s concern, saying there would be a ‘smooth and efficient’ service for EU citizens.

Guy Verhofstadt, the European Parliament’s Brexit coordinator, seized on the row to question whether the Home Office could be trusted 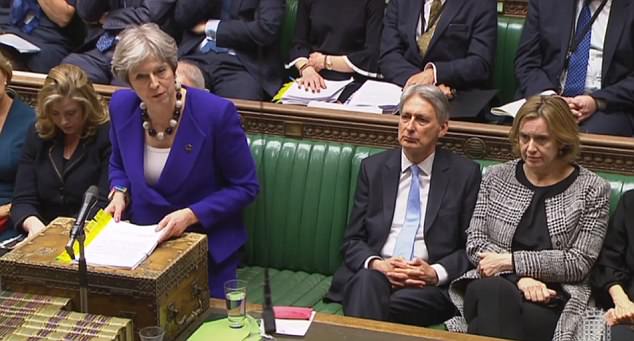 The Prime Minister (pictured in PMQs today) said the immigrants who have been threatened with deportation ‘are British – they are part of us’ and will be allowed to stay.

A source said the Home Office had been working on the system for a ‘significant amount of time’ following the draft divorce deal struck last year.

Theresa May has issued her second grovelling apology in two days to the Caribbean migrants threatened with deportation.

She said Windrush immigrants ‘are British – they are part of us’ and vowed to ensure they can stay in the UK.

She told the House of Commons: ‘And for those who have mistakenly received letters challenging them. I want to apologise to them.’

But Mrs May also revealed that the disastrous decision to shred landing cards that could help prove the right of Windrush immigrants to stay was taken in 2009 by a Labour Government.

Her revelation was met with gasps and shouts from the Tory benches who urged Labour to ‘apologise’ after they had blamed Mrs May for the destruction of the cards, which happened in 2010 when she was Home Secretary.

Her apology, delivered in PMQs, comes as Amber Rudd is today facing calls to quit as Home Secretary over the Windrush fiasco.

Speaking at the European Parliament in Strasbourg, the MEP said: ‘Certainly after the Windrush scandal in Britain, we want to be sure that the same is not happening to our European citizens and that there is no bureaucratic nightmare there.’

Mr Verhofstadt said MEPs will be meeting with Home Office officials in Brussels to discuss the issue next week.

The row is a major embarrassment for the Government as it hosts Commonwealth leaders in the capital for a summit.

She said: ‘At the end of the day, she is the Home Secretary and it is her department and there was a time where if something went wrong in a department you as the minister took responsibility.

‘The way Amber Rudd is attempting to avoid responsibility is very concerning. I think she needs to consider her position.

‘There are so many things that have gone wrong. This isn’t a new situation, it’s been going on for some years.’

But while Ms Rudd is facing calls to quit others have said Mrs May should shoulder responsibility as she was Home Secretary when the law requiring tougher paperwork was introduced. 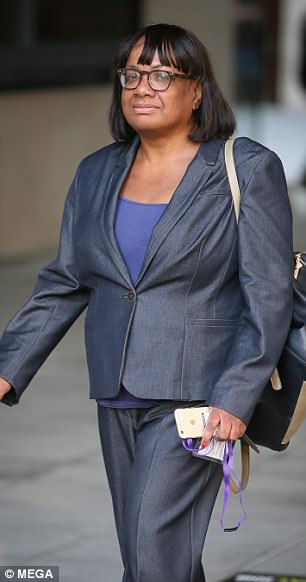 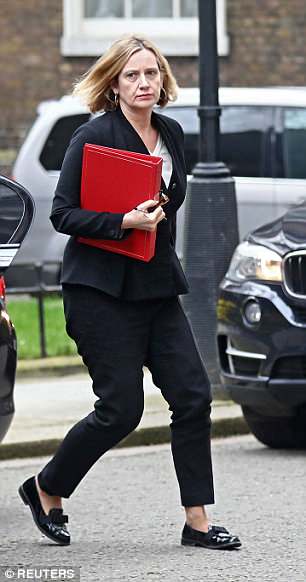 Diane Abbott (pictured, today, in London, left) said Amber Rudd (pictured last week in Downing Street, right) should ‘consider her position’ after people who have lived in Britain for decades were threatened with deportation. 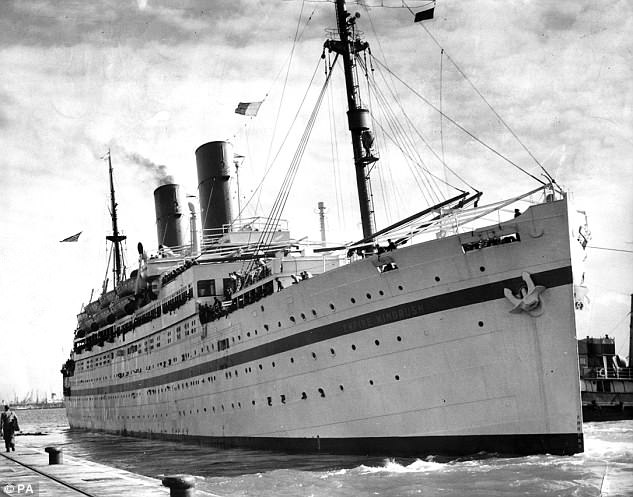 New rules require documentary evidence of the right to be here, which many Windrush children do not have as anyone who arrived in the UK from a Commonwealth country before 1971 was given indefinite leave to remain, meaning many did not apply for a British passport