Windswept Sir Paul McCartney, 79, puffs on a cigarette as he relaxes on St Barts break

Windswept Sir Paul McCartney, 79, puffs on a cigarette as he relaxes on St Barts break with family

Paul McCartney enjoyed a quick cigarette break as he continued to soak up the sun during his break in St Barts recently.

The music legend, 79, was spotted smoking as he relaxed in the sunshine while taking in the scenic sights.

The star wore a blue linen shirt and joggers as he walked along by the beach during his break,

Smoke break: Paul McCartney enjoyed a quick cigarette break as he continued to soak up the sun during his break in St Barts recently

Sir Paul is reported to have first quit smoking cigarettes back in the early 1980s.

Back in 2015 the star also revealed he had given up smoking marijuana after using the drug on and off for around four decades.

The star said he made the decision because he didn’t want to set a bad example to his five children and eight grandchildren.

It comes after Sir Paul was spotted on Sunday lending a hand after witnessing a road accident.

Sir Paul’s step-son, Nancy’s son Arlen Blakeman, 29, from her relationship with US politician Bruce Blakeman, was seen helping guide the man on the quad bike away from the car.

Sir Paul and Nancy have been together since 2007 and married in a ceremony held in Marylebone four years later in 2011.

It’s thought Sir Paul and Nancy first met thanks to both owning homes in the Hamptons. 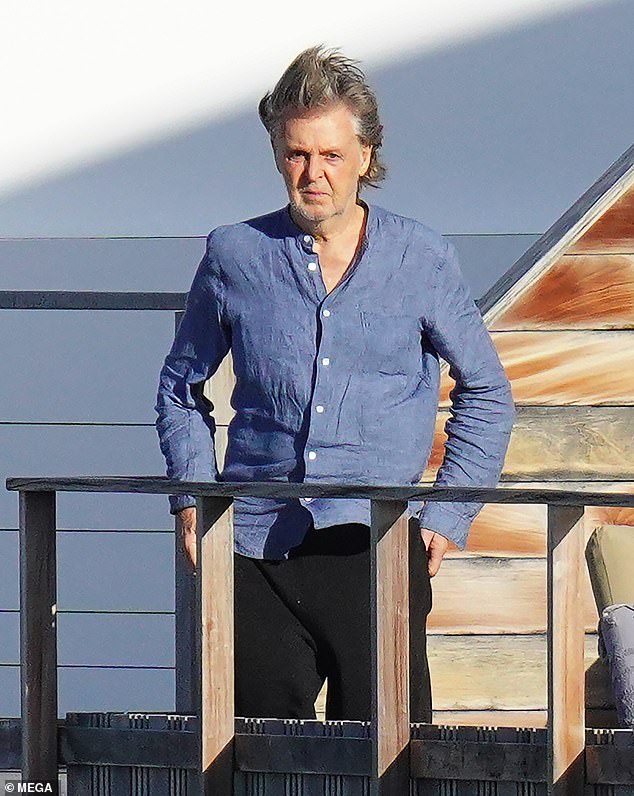 Windswept: The music legend, 79, was spotted smoking as he relaxed in the sunshine while taking in the scenic sights

Sir Paul was previously married twice before – he wed first wife Linda in 1969 and the pair were married until Linda died, aged 56, in 1998, following a battle with breast cancer.

He later wed second wife Heather Mills, who he shares daughter Beatrice with, in 2002 – they split four years later in 2006 and their divorce, costing the star £24.3 million, was finalised in 2008.

Sir Paul and Nancy’s holiday comes after it emerged Sir Paul is being considered for a peerage to mark his 80th birthday this summer.

The Beatles legend could be made a Lord in recognition of his lifetime of musical achievements and service to British culture.

The Sun reports that sources are saying the prestigious honour is in the pipeline, 25 years after he was first knighted by The Queen.

If he is awarded with the title, he will join a very select group of musicians, including theatre mogul Andrew Lloyd Webber, 73, composer the late Benjamin Britten and late violin virtuoso Yehudi Menuhin.

A source told the publication: ‘Paul is already in an extraordinarily exclusive set of people at the very top of the honours system.

‘There is now quiet talk among officials about how to mark his 80th with something truly special. The idea of offering him the chance to sit as a cross-bencher in the Lords has been mooted.

‘He has given incredible service to British culture, so it could be a very fitting tribute and mark of all that he has done for his country.’

His knighthood was upgraded in 2018 to admit Sir Paul to the even rarer Order of the Companions of Honour – of which there are only 61 living members. 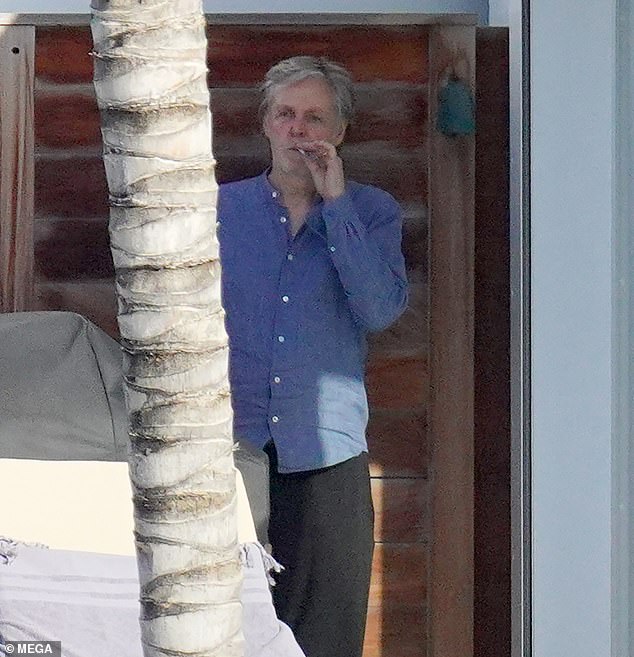 Kicking back: The star – who quit smoking marijuana in 2015 – looked relaxed on holiday