Winston Ortiz, 18, dies after he was stabbed set on fire in the Bronx hallway during a dispute

Boy, 18, dies after he was stabbed three times, doused in gasoline and set on fire during an argument in the hallway of a Bronx apartment building

A teenager has died hours after he was set on fire inside a Bronx apartment block during an argument with another man.

Winston Ortiz, 18, was stabbed three times before being doused with gasoline and then having a lighted match thrown at him around 3pm on Wednesday afternoon, leaving him in critical condition.

Police have revealed that the suspect entered the building just before Ortiz did and then carried out the brazen attack.

Winston Ortiz, 18, died after he was stabbed and set on fire in a horrific attack in a hallway in a Bronx apartment building

Neighbors rushed out of their apartment and were able to put out the flames using buckets of water before EMTs arrived.

Late on Wednesday night, Ortiz’s aunt posted a heartbreaking message on her Facebook page announcing the death of her nephew.

‘Today we found out our oldest nephew was brutally murdered in NY. He fought hard for his life until he could no longer fight and passed away this evening. I am begging all of my friends to share our GoFundMe as no parent should outlive their child let alone worry about how to pay for funeral arrangements. My heart is so broken into pieces and beyond consoling.’

One woman who saw Ortiz’s ablaze and poured water over him told the New York Post that it had shaken her up. 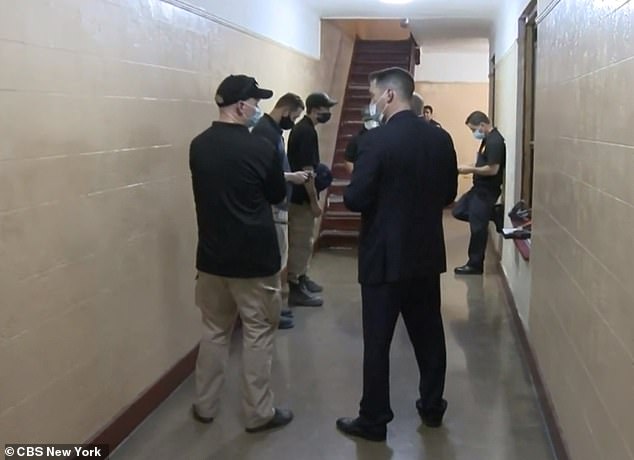 The teenage was stabbed three times in the chest before having gasoline poured on him and then set alight with a flicked match in the hallway of a Bronx apartment block, pictured

‘I stepped outside. I saw flames,’ said the 34-year-old woman, who did not want give her name.

‘I thought her apartment was on fire. And when I go over there, I saw a guy in flames all over his body.

‘I got very scared because I have my girls here,’ she said. ‘It’s really concerning.’

The woman said that a recent spate of violence in the neighborhood had left her feeling unsafe. 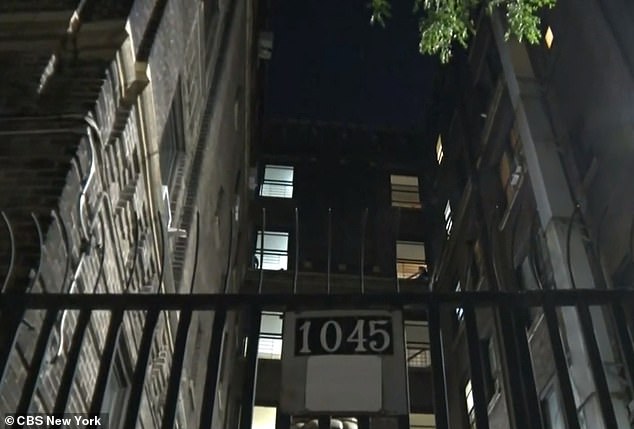 ‘Unfortunately in the neighborhood we feel like we’re not safe,’ the mother said. ‘There was a shooting yesterday around the corner. We may need to have some police around the area.’

In Tuesday’s shooting, two men were shot by the corner of the building.

No arrests have so far been made over the death of Ortiz. 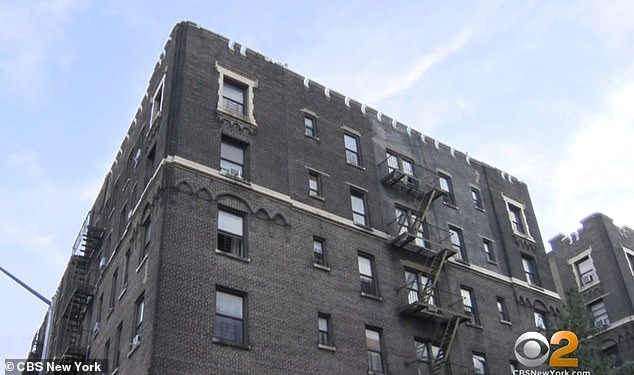