Getting blood from a curling stone is presumably quite hard. Squeezing gold from a Swede on a mission would seem to be impossible.

And so Bruce Mouat’s hopes of winning the Olympics made way for talk of silver linings. A fine achievement for man and crew, a blessing for Team GB, and only a slither of regret that they were always chasing one of the greatest to ever roll rocks.

The final score read 5-4, secured in Sweden’s favour across a shade more than three hours. It was close – it needed an extra end. 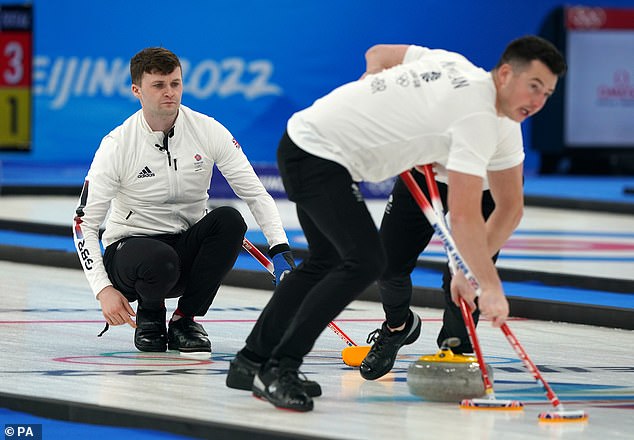 But the truth is that Mouat, flanked by Grant Hardie, Bobby Lammie and Hammy McMillan, spent the vast majority of that marathon in pursuit. Always looking at heels, almost never with the luxury of checking over a shoulder.

Following the match, McMillan said: ‘It’s not how we wanted to end it. We’ll all look back on this and we will be proud but right now it kind of sucks.

‘They started strong they didn’t give us an inch. We probably weren’t our best at the start but we fought back hard we had a good second half to give ourselves a chance.’

When Britain did create problems, the Swedish skip Niklas Edin had a habit of bumping them away again. 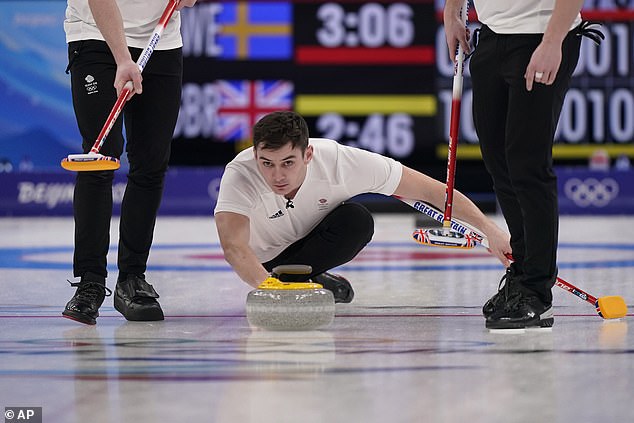 His team of Oskar Eriksson, Rasmus Wrana and Christoffer Sundgren were masterful – they had enough dazzle to land what us outsiders would see as elaborate plants; they also had sufficient guile and nouse to keep GB to four singles in 11 ends.

There was barely a whiff of a Mouat double all game, which often gave this final the feeling of a sleep walk towards the inevitable from the moment Edin took two from the second end.

No shame in that – Mouat and his team played well. If there is a sting, it is that the Brits had beaten the Swedes in five of their past six games, including the round robin here and the European Championships final.

But in Edin, the Swedes had a five-time world champion and a man on a mission to add to an Olympic sequence that read bronze in 2014 and silver in 2018. He completed his set on the day Team GB finally got off the mark with a medal at these Games. 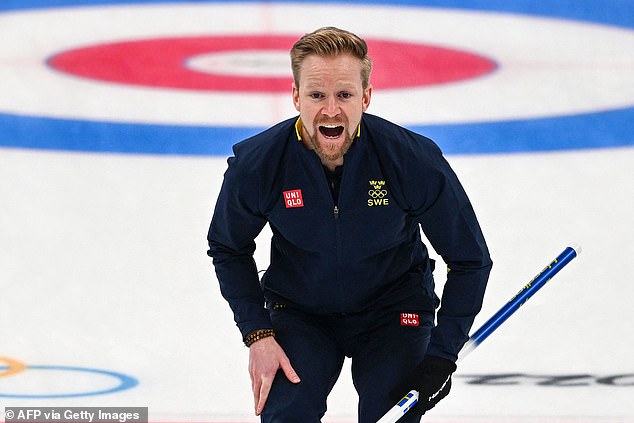 At the start, it was slow going. Mouat took a single for the first end but was immediately pegged back by a double from Edin.

A steal in the third gave Sweden daylight on the Brits before Mouat slid in with a single that at once was needed and not enough – too often chances for a double were being undone by Edin’s ability to untangle a mess with clever plants.

Through five, or halfway if you prefer, it was 3-2 Sweden. But when McMillan threaded the tiniest of needles in the seventh and Edin missed the subsequent takeout, GB had a steal for 3-3.

The scores were even for the first time since the opener, but Sweden had the hammer with three ends to go. 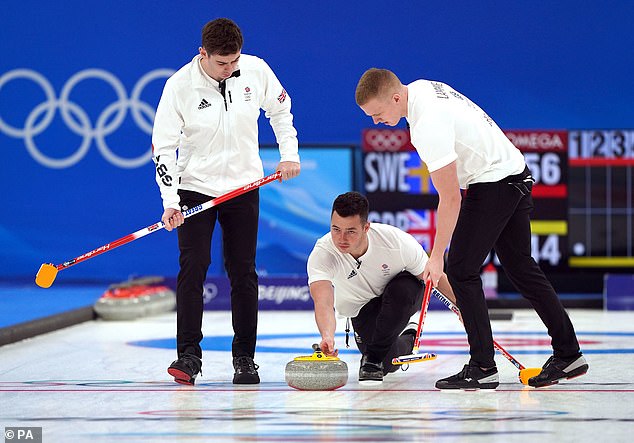 Such was the tension, and perhaps indicative of our starvation for competitive competency, Steve Cram, commentating for the Beeb, was trending on Twitter.

The Swedes moved in front again for 4-3 before GB deliberately blanked a single in the ninth, enabling them to retain the hammer, albeit at one down going into the final end.

That was a gamble of landing a two, but with only a single taken in the 10th, it left Sweden holding the deciding stone in the extra end.

Mouat did what he could, but bang on three hours, he delivered his final shot, an angled attempt at a double takeout, but it wasn’t to be. Edin raised his arms and finally had the gold. 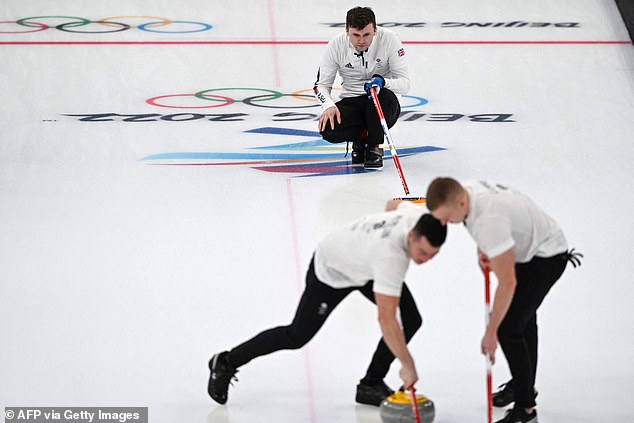 Lammie said after: ‘I’m sure when we look back we will see it as a strong week, but right now it hurts.’

The father of Grant Hardie, David, spoke of his admiration and sadness that gold was snatched by the Swedes 5-4.

‘I am so disappointed for them, they have played so well but started slowly but it was an Olympic final,’ he said.

‘They played so well but it was not to be.’