A mother-of-eight has fostered and adopted seven terminally-ill children in the last four years to care for them as they prepare to die.

Cori Salchert, 51, and her husband Mark have taken in what she calls ‘hospice babies’ to provide them with love and medical support as a way of coping with the tragic loss of Cori’s special needs sister at a young age.

The former bereavement nurse is now caring for a three-year-old boy Charlie who suffers from irreversible brain damage and has outlived his prognosis by a year.

Though they know the heartbreak from Charlie’s passing is inevitable, Cori said that the family will be more glad that he came into their lives than sad when he is gone.

Cori Salchert, 51, and her husband Mark adopted Charlie, who suffers from irreversible brain damage, when he was four months old 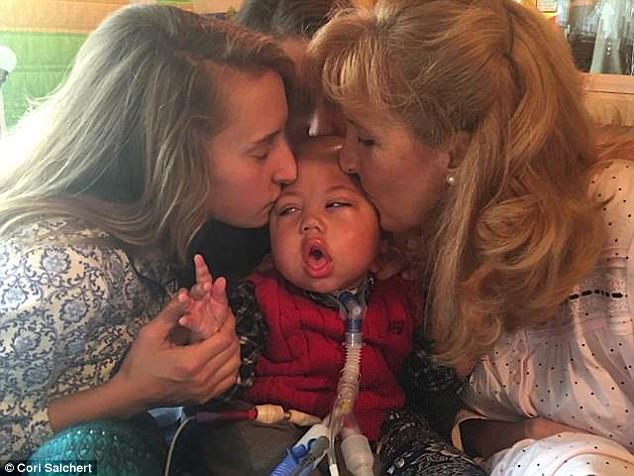 Doctors expected Charlie to die before the age of two, but he recently celebrated his third birthday. He is pictured being kissed by Cori and her daughter Mary Elizabeth, 19

The Salchert’s first adopted a two-week old baby who they named Emmalynn in 2013.

She was born without the right or left hemisphere of her brain and lived for 50 days in the family’s care before dying in Cori’s arms.

The following year they adopted four-month-old Charlie who suffered brain damage from lack of oxygen.

Doctors expected he wouldn’t live past two years old but he recently celebrated his third birthday.

The care the Salchert’s provide has made it possible for Charlie to thrive and receive the love that he otherwise would not have received.

‘Every day we live like he’s living,’ Salchert told TODAY. ‘When he actually is dying, then we will roll with what’s necessary, but in the meantime we are living like Charlie is living.’

In addition to their eight biological children who range from ages 18 to 25, the couple have fostered five other kids, including infant triplets, with various diagnoses.

‘I don’t pray for babies to be in this situation, but if they are, then I want to be able to be there,’ Cori, told PEOPLE. 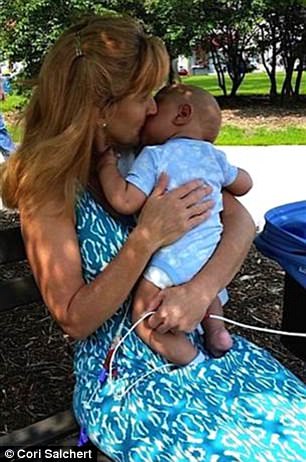 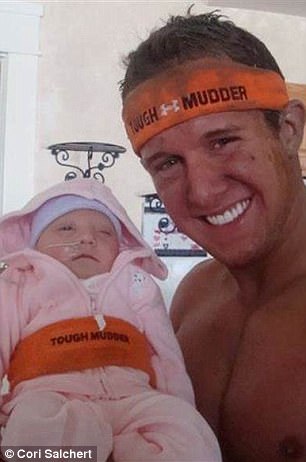 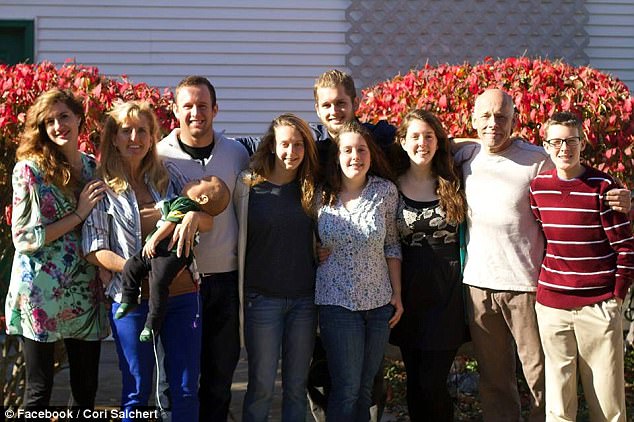 Though it may seem like constant heartbreak to love children who are eventually going to die, caring for them has given Cori the opportunity to heal from her own personal pain.

When the family was no longer able to care for her, Aime was sent to a home for disabled children at five years old.

At 11-yeas-old she wandered outside through an unlocked door and drowned in a pond.

‘It was a traumatic thing to have her die like that,’ Cori said. ‘The hardest part was that she was alone. She was struggling and by herself.’

She decided that no disabled child should live without a family and said that the heartbreak she experienced early on gave her the strength to love these sick kids.

‘I cannot change the fact that they’re going to die, but I can make sure they don’t have to die alone,’ Cori says. ‘None of this is easy, but it’s so worthwhile.’

Cori has set up a website and Facebook page called Safe Haven 4 Babies where she blogs about her journey of caring for special needs babies and provides resources on how to adopt or foster.

The website states: ‘Our family and other families are ready and willing and wanting to receive babies with a life limiting prognosis or terminal diagnosis and love them for whatever time they have before they die.’ 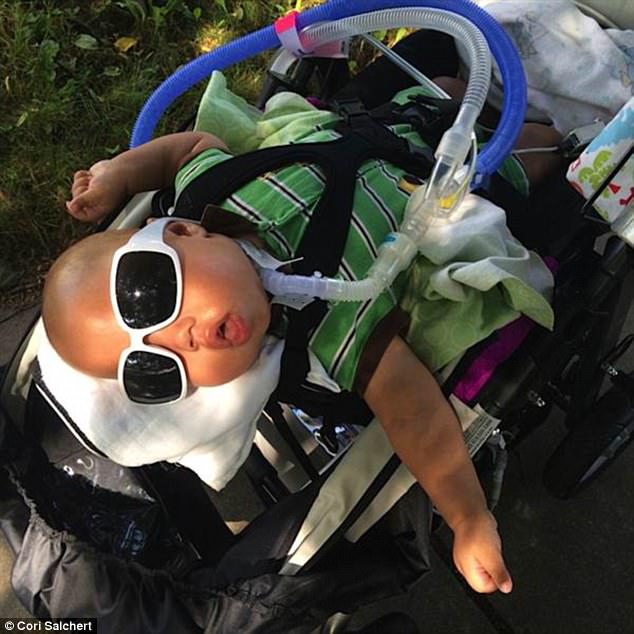 Though the family knows that Charlie will inevitably die, she said they will be more glad that he came than sad when he goes, according to Cori