Nancy Moronez, 60, was charged with murder on Friday in Milwaukee

A woman has been charged with suffocating three babies more than 30 years ago – cases that investigators initially attributed to sudden infant death syndrome.

Nancy Moronez, 60, was charged with three counts of second-degree murder on Friday in Milwaukee, after allegedly confessing to killing her own son and two other infants in the 1980s.

The cases were reopened in March 2015 after Moronez’s daughter told police her mother had confessed to suffocating Moronez’s son with a garbage bag in 1980, prosecutors say.

The two other infants died in 1984 and 1985 while Moronez was their babysitter.

Moronez told a Milwaukee police detective this week she was responsible for the three deaths and said at one point that she ‘can’t take kids that constantly cry,’ prosecutors said in charging documents that provide chilling details. 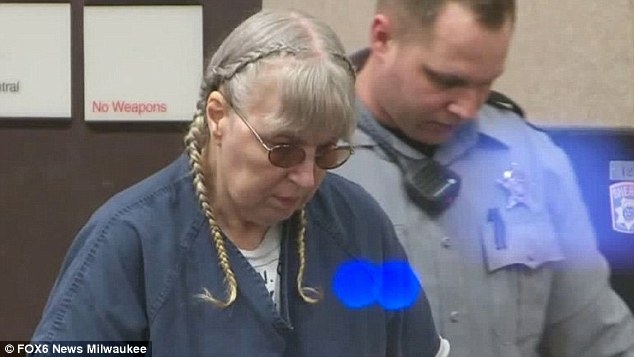 Moronez told a Milwaukee police detective this week she was responsible for the three deaths and said at one point that she ‘can’t take kids that constantly cry,’ prosecutors said

She didn’t dispute what her daughter told police, but said she actually killed her son by drowning him, putting him in bath water until his face turned purple, prosecutors said.

Moronez said she ‘put him in the water and saw bubbles coming out of his nose and mouth’ and that she ‘held him down and felt him wriggle a little under the water,’ charging documents say. Her son was 18 days old.

After her daughter went to police, investigators learned Moronez was also connected to two other cases where infants were thought to have died from SIDS.

Four years after her son’s death, prosecutors said Moronez was babysitting a six-month-old boy after his parents answered an ad in the newspaper.

At the time, police said Moronez told investigators she noticed the baby was unresponsive less than an hour after she put him to sleep face down on a water bed.

She told police she became concerned when she saw the baby’s face turn purple the way her son’s did when he died.

A coroner concluded the death was due to SIDS, but in her interview with police this week Moronez said she used a blanket and held it ‘real tight against the face’ of the baby. 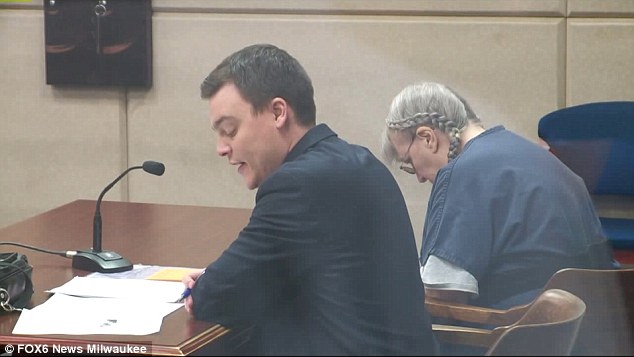 Moronez made her initial court appearance Friday morning, sitting almost silent and motionless. She has no criminal history 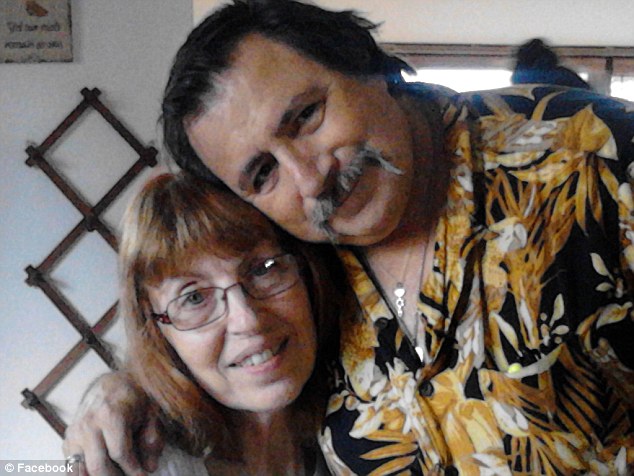 Moronez, seen in a family photo, allegedly told investigators that she drowned her own son in 1980, when the newborn baby was just 18 days old

A year later, Moronez was babysitting an 11-week-old girl when firefighters responded to a call for help. One of the firefighters had seen Moronez the year before.

‘Do you remember me?’ the firefighter said Moronez asked him.

‘Yeah, I remember,’ he said. Moronez then said, according to the court documents: ‘I told my husband I didn’t want to baby sit anymore.’

Again, the medical examiner said the cause of death was SIDS, but Moronez told police she used a blanket and that the baby ‘kind of moved around her hands’ as she suffocated.

Moronez said she didn’t use a blanket with her son because she wanted him ‘to go sooner.’

‘She further stated that she knew she did wrong, that she is sorry,’ the charging documents say.

Moronez made her initial court appearance Friday morning, sitting almost silent and motionless. She has no criminal history, according to Fox6.

Her lawyer said she’s spent most of her life in the Milwaukee area before moving to Oshkosh a few years ago.

Moronez is being held in the Milwaukee County Jail pending bail of $105,000 cash.