Wolves have confirmed that Atletico Madrid forward Diogo Jota will be making his move permanent at the end of the season following his loan spell at the club.

The 21-year-old forward joined the Championship side on loan in July last year as he teamed up with his former coach Nuno Espirito Santo.

Jota has played an important role in the push for promotion to the Premier League and has scored 12 goals in 31 appearances in all competitions.

Wolves’ chairman, Jeff Shi, confirmed the deal would go into full effect on July 1 once he completed his season-long loan with the club.

‘Diogo has been an important player for Wolves this year and his abilities are clear for everybody to see,’ Shi told the club’s official website.

‘As a management group, our aim is to provide the head coach with a playing squad that gives him the best possible chance to succeed and I believe Diogo is certainly a player that does that, and will continue to do that beyond this season.

‘Whilst the agreement won’t be fully confirmed until the July 1, by making this statement of our intent, it again allows us to be as open and honest with the fans as we can be with regards to how we wish to take the club and the squad forward.’

Jota is the club’s joint-top goalscorer this season with Leo Bonatini and has set up his team-mates to score four times in the league.

Wolves are top of the Championship with an 11-point gap to second-placed Derby. 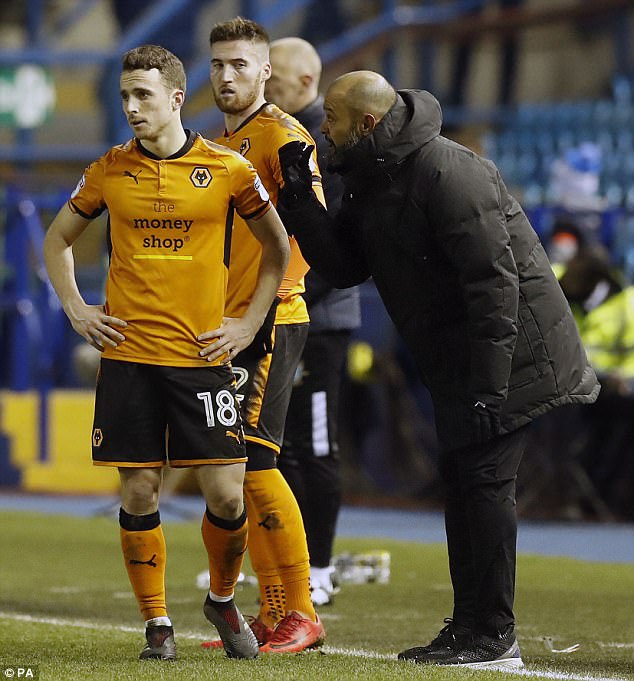