Wolves wing-back Jonny faces a long spell on the sidelines after suffering a serious knee injury that will likely force the club to reassess their transfer plans.

Before Jonny’s injury, Wolves’ priorities in the transfer window were believed to be a young, up-and-coming centre forward, a box-to-box midfielder and a left-sided centre back. 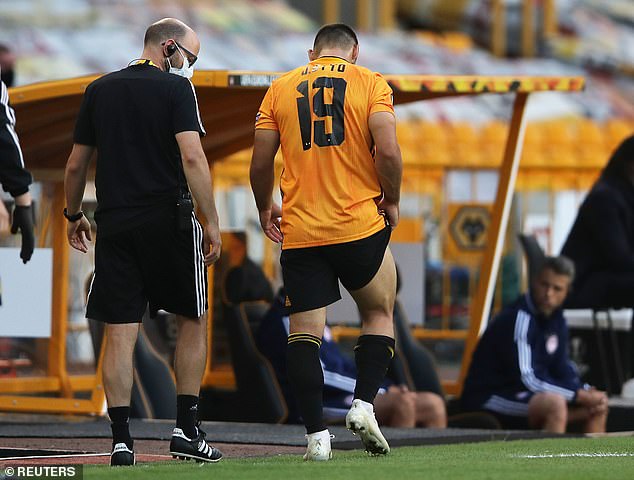 Yet Jonny’s absence means Ruben Vinagre is the only senior player available in the left-wing back spot – and the Portuguese has just 13 Premier League starts behind him.

It is believed Wolves were anticipating offers for Vinagre, who has admirers in Europe, during the window, but it is highly unlikely the 21-year-old will be allowed to depart in the light of Jonny’s injury.

‘We have a bit of extra motivation because we want to play for Jonny as well,’ said Wolves midfielder Ruben Neves ahead of Tuesday’s clash. 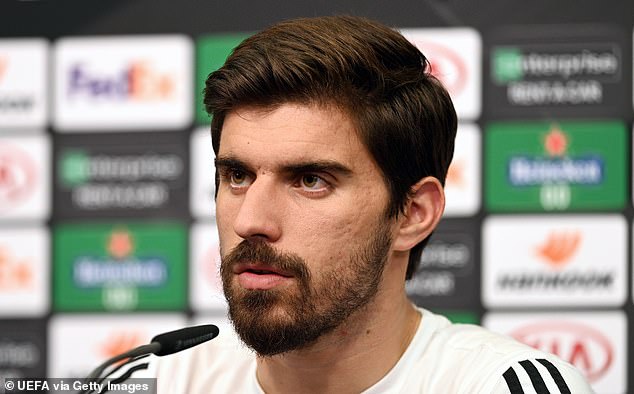 ‘He’s one of us and we will give our best to give him the win. We want to give the win to our fans and mainly to Jonny now.’

Boss Nuno Espirito Santo added: ‘It’s a tough moment for everyone. He is an amazing, important player for us – a fantastic boy and a key member of the team. We wish him all the best and we know his spirit will be here with us.’

Wolves have been actively considering options for Jonny’s position but they are unlikely to move until they know which competitions they will be involved in next season.

The winner of the Europa League will earn a place in next season’s Champions League.

But that is Wolves’ only route into Europe after they missed out on Europa League qualification via the Premier League, on goal difference to Tottenham. 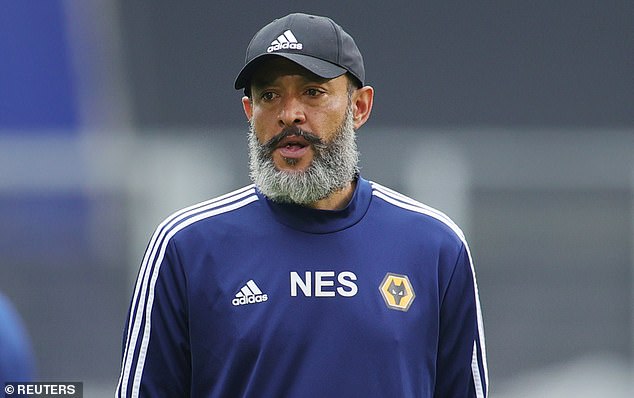