Woman, 18, is charged with murdering man whose body was found on a McDonald’s roof in the Bronx

Woman, 18, is charged with murdering man whose body was found wrapped in plastic on a McDonald’s roof in the Bronx

By Frances Mulraney and Leah Simpson For Dailymail.com

The NYPD arrested a woman Thursday after the body of a man was found wrapped in plastic on the roof of a McDonald’s in the South Bronx.

Ayame Stamoulis, 18, from Brooklyn, was charged with murder for the grisly killing of Richard Hamlet earlier this week.

A maintenance worker discovered Hamlet’s body covered by a heavy U-haul blanket and placed in a plastic bag early Wednesday morning but police believe he could have been on the rooftop for several days.

Officers are hunting for two other male suspects believed to have been involved in the botched robbery and torture. 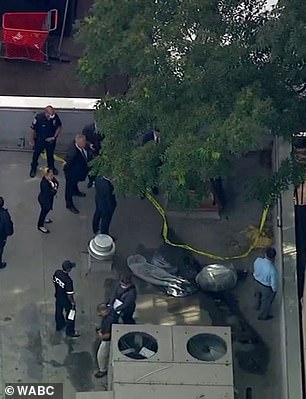 Richard Hamlet was found dead inside a plastic bag and covered with a heavy U-Haul blanket on Wednesday morning. Ayame Stamoulis, 18, has been arrested for his murder 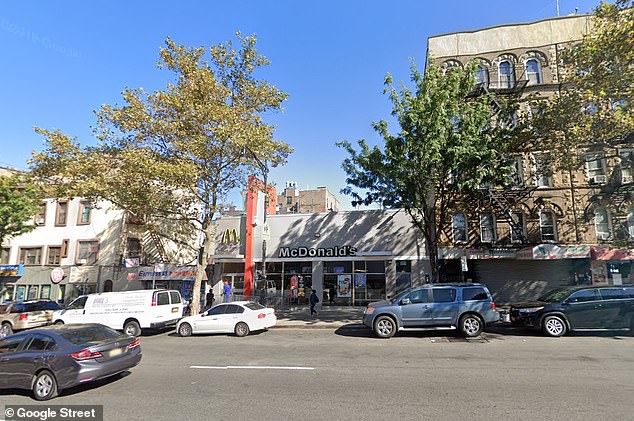 Richard Hamlet’s body was found on the rooftop of a McDonald’s in the South Bronx, NYC

When officers arrived at the location of the fast food restaurant on 279 East 149th Street at around 6am Wednesday morning, they discovered the victim ‘unconscious and unresponsive’.

EMS responded to the scene in the Melrose neighborhood and pronounced the man dead at the scene.

Video footage from WABC showed them assessing the scene and removing evidence before carefully taking down the body.

The remains were later identified as Hamlet, who cops now believe to have been the victim of a robbery gone wrong.

Police say Stamoulis and the two men broke into Hamlet’s first floor apartment on E 149th St. in Melrose in what appears to have been a robbery attempt, according to ABC 7 NY.

However, the group found Hamlet still in his apartment and proceeded to beat him.

They then allegedly forced him to drink a caustic liquid and choked him.

Hamlet’s body was wrapped in the plastic and blanket and thrown from the window onto the McDonald’s roof next door.

The other two suspects have not yet been named as the investigation continues.

Stamoulis has been charged with murder, manslaughter and gang assault, burglary and other crimes according to New York Daily News. 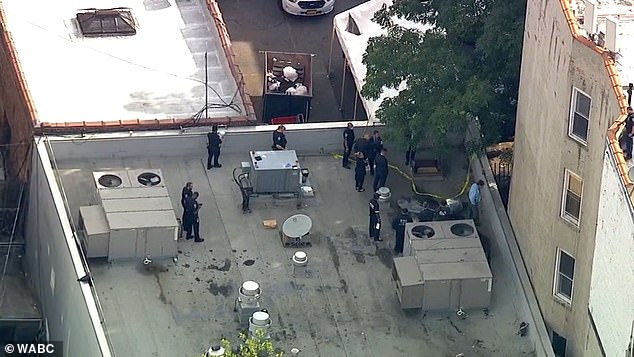 EMS pronounced the Hamlet dead at the scene. It is believed he was tortured before his death 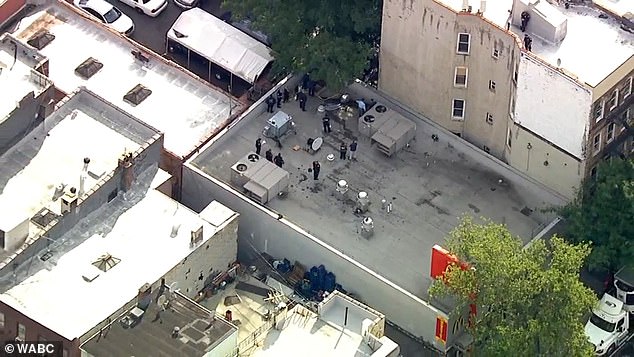 The discovery came a day after the body of a tech millionaire was discovered beheaded in his Manhattan apartment.

Fahim Saleh, 33, who was born in Saudi Arabia and whose family comes from Bangladesh, was found dismembered. He grew up in New York and lived in Manhattan.

Authorities discovered an electric saw on the scene.

Saleh ran a motorcycle company in Nigeria but it was banned by the government.

His former personal assistant Tyrese Devon Haspil, 21, has since been arrested for his murder.

Anyone with information is asked to call the NYPD’s Crime Stoppers Hotline at 1-800-577-TIPS (8477) or for Spanish, 1-888-57-PISTA (74782). The public can also submit their tips to NYPDCRIMESTOPPERS.COM or on Twitter @NYPDTips. All calls and messages are strictly confidential.