Woman, 19, discovers her HEART is on the WRONG SIDE of her chest

A woman has revealed her shock over learning her heart is located on the wrong side of her chest after visiting her doctor with a persistent cough.

Claire Mack, 19, from Chicago, Illinois, was coughing for two months straight — but only decided to get it checked out when she was in hospital for a tetanus shot in June. She ended up having an X-ray, which revealed the unexpected results.

‘I work in nightlife, so I’m exposed to a lot of colds, and I got a bad one when things started opening up again two and a half months ago,’ Claire, a student, told Jam Press.

Say what? Claire Mack, 19, from Chicago, Illinois, learned her heart is on the wrong side of chest while getting a persistent cough checked out in June 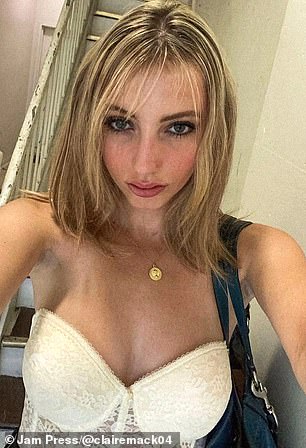 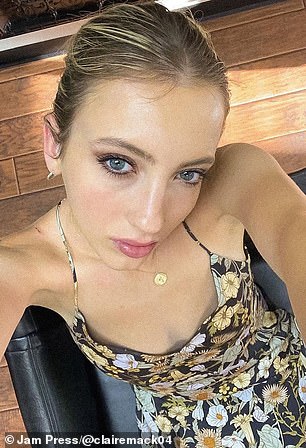 Wild: The doctor found she was suffering from a lung infection and took an X-ray The scans revealed her heart was on right side instead of the left 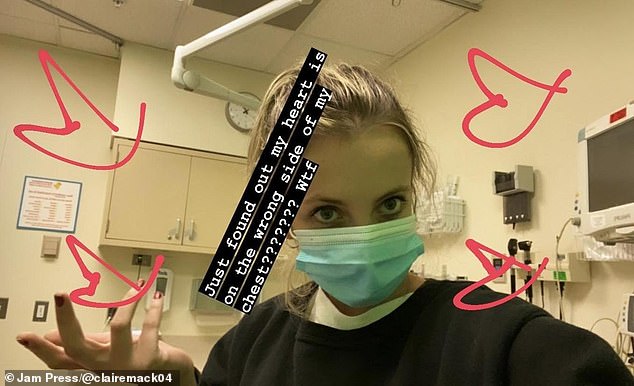 Diagnosis: Claire was diagnosed with dextrocardia, a rare congenital condition in which the heart is pointed toward the right side of the chest rather than the left

‘It was persistent and long lasting even with medication.

‘I went to the ER at the end of June because I needed a tetanus shot after I cut myself on barbed wire, and I decided to have them check out my cough as well.’

The doctor found Claire was suffering from a lung infection and took an X-ray.

‘She [the doctor] looked really shocked and told me, “OK this is a bit weird, but did you know your heart is on the right side of your chest instead of the left?”‘ Claire recalled.

‘I was so confused and started laughing because I honestly didn’t believe it. The doctor explained it is called dextrocardia and that I should inform my primary care doctor of my condition. 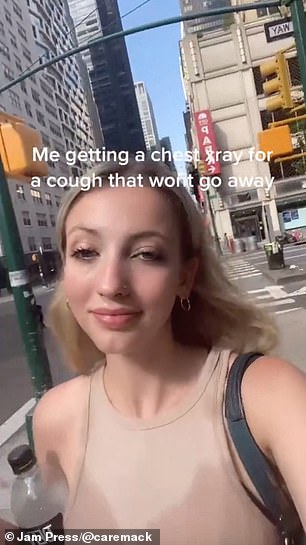 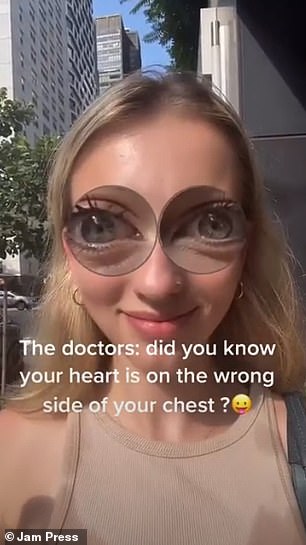 Going viral: The student shared her shocking story in a TikTok that has been viewed more than three million times

Stunned: Viewers couldn’t believe she went her whole life without any of her doctors realizing her heart was on the wrong side

‘I kept saying, “What, are you serious?” I honestly was in shock and extremely confused as to how I didn’t know before I was 19 years old.’

Dextrocardia is a rare congenital condition in which the heart is pointed toward the right side of the chest rather than the left.

Less than one percent of the general population is born with it.

‘My mom and dad were also in shock and extremely confused,’ Claire said. ‘My dad was really freaked out by it, and my mom thought it was hilarious that I didn’t find out until now. 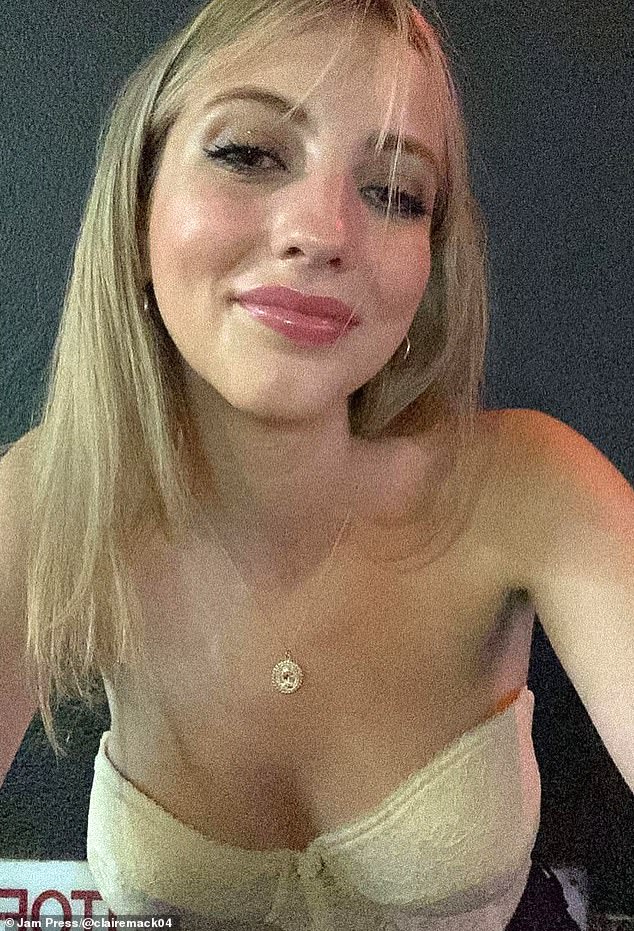 Surprising: Claire explained that she never had  a chest X-ray before, so there was no way for her doctors to know about the congenital condition 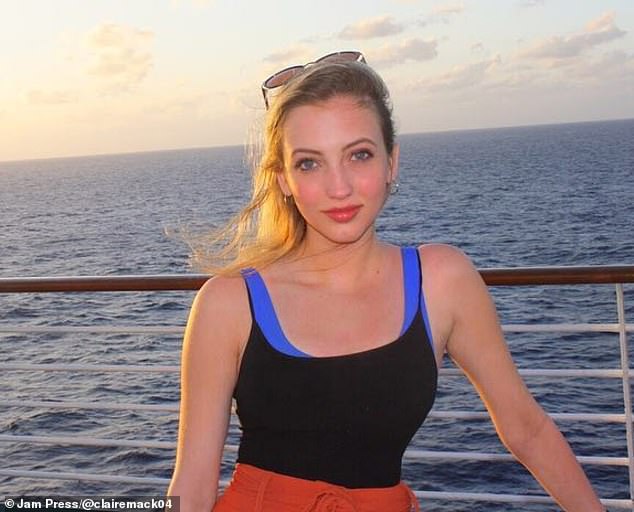 ‘I hadn’t ever had a chest X-ray so there was no way to know that my heart is reversed,’ she explained.

‘My primary care doctor did a check-up with me and said that my heart does beat louder on the right side — but obviously there’s no way you can diagnose dextrocardia from that alone.’

Dextrocardia is usually not life-threatening, and Claire doesn’t need any medical follow-ups at present time. She will simply go on living with her heart on the wrong side.

Dextrocardia is a congenital condition in which the heart is pointed toward the right side of the chest. Normally, the heart points toward the left.

A baby’s heart develops during the early weeks of pregnancy. In some cases, the heart turns to the right side of the chest. The reasons for this are unclear.

There are several types of dextrocardia. Many types involve other defects of the heart and abdomen area.

In the simplest type of dextrocardia, the heart is a mirror image of the normal heart and there are no other problems. This condition is rare. When this occurs, the organs of the abdomen and the lungs will often also be arranged in a mirror image. For example, the liver will be on the left side instead of the right.

In the more common types of dextrocardia, other heart defects are also present.

Claire took to her @caremack TikTok account in late June to share her story, filming herself walking down the street with a caption explaining what had happened.

The post has been viewed three million times so far, racking up more than 400,000 likes, with viewers admittedly baffled by the turn of events.

‘How have you been alive that long and no one’s noticed?’  one person asked, while another stumped user added: ‘How did no [doctor] catch this?’

Someone else commented: ‘I’m sorry but what, I didn’t even know that’s possible, does it happen often, this is the first time I’ve heard of this.’

One terrified user said it was a ‘new fear unlocked,’ but other viewers insisted it was ‘so cool.’