Woman, 19, who was struck by bullets was celebrating her college degree

Video footage has been released of the moment a gunman fired into a Bronx park were teenagers were celebrating their graduation.

During the chaos, a woman who was among those celebrating her college degree was killed.

Tyana Johnson, 19, was identified as a victim of the shooting that took place late on Friday night.

Over the weekend, the NYPD released surveillance footage from a nearby street camera that shows the BMW driven by the alleged gunman and his accomplices.

Tyana Johnson, 19, died after being shot in the head, torso, hip and buttocks on Friday night 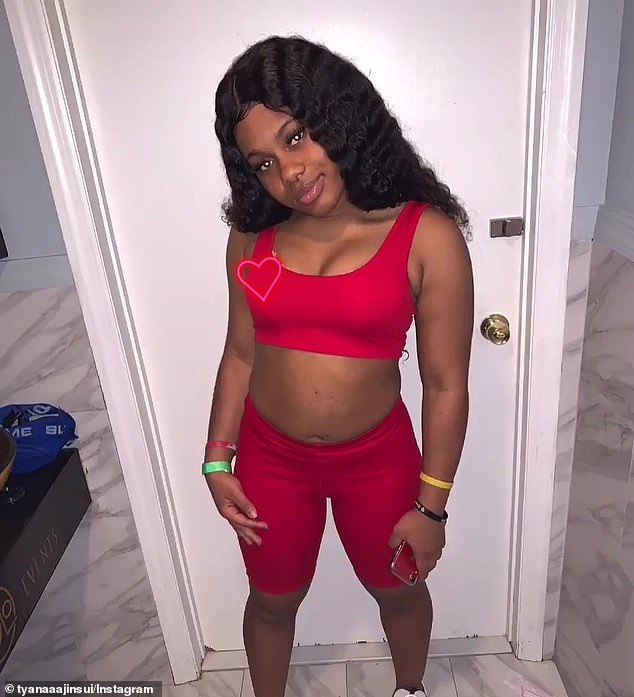 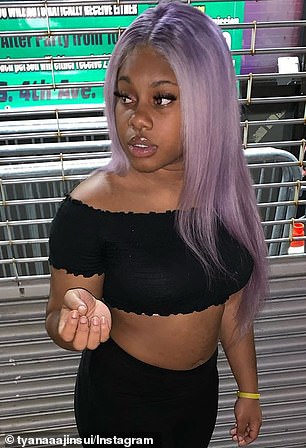 Two men are seen close to the vehicle just as the shooting takes place.

As the gunshots rang out, people were seen running for cover in all directions while five others clambered into the car before it was seen to speed away.

During the commotion at Shoelace Park in the Wakefield section of the Bronx, Johnson was struck several times and died later at Jacobi Medical Center.

Johnson had invited her friends the park to celebrate her educational achievement and was to take part in Monroe College’s virtual graduation ceremony on Wednesday after earning her associate’s degree, according to the New York Daily News.

‘She was going to further her college career,’ her uncle, Marlon Johnson, said on Sunday at a memorial to his niece erected near the park.

‘I want my niece back. She didn’t deserve to go. I still can’t understand how this happened,’ he said. 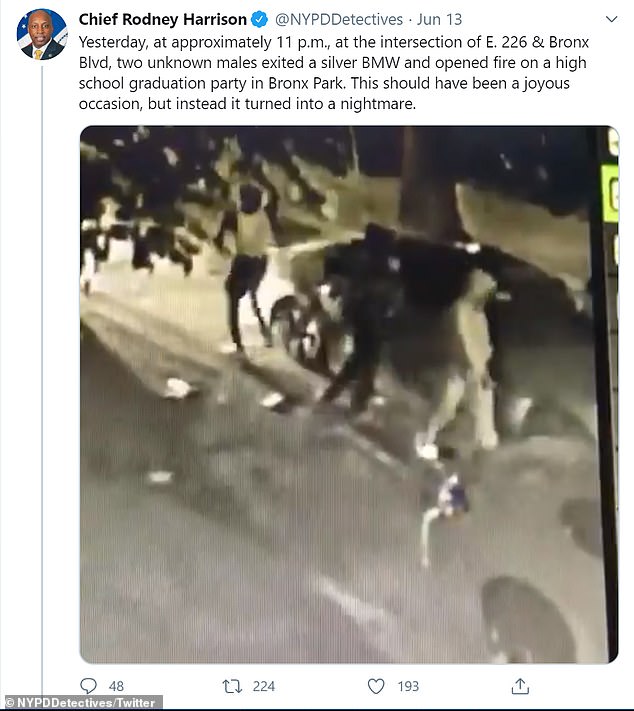 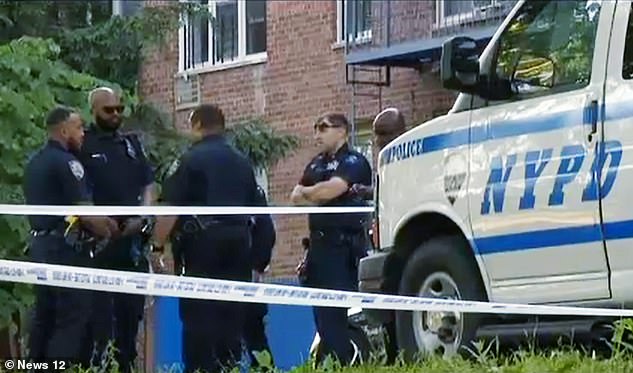 Tyana Johnson, 19, died after being shot in the head, torso, hip and buttocks. Pictured, police are gathered near the scene of the accident 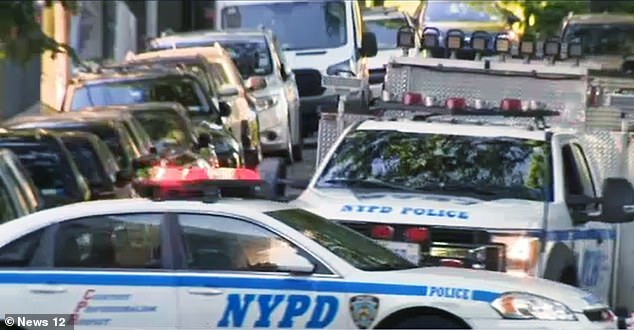 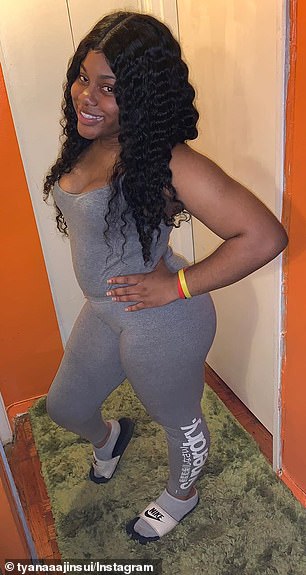 ‘I met her at a party and she’s the one that encouraged me to go to college,’ said a friend called Moi to the News.

‘When I started school, we became closer, and she became my sister. And it’s just been like that ever since. She’s like the most overprotective, strongest person that I’ve known. She’s like a mother in the group — and I think she’s the youngest in our group.

‘I would never expect something like this to happen,’ Moi said. ‘When we would be sad or depressed, she would be the one telling us to get up, smile. She basically wouldn’t allow it.’

NYPD Police Chief Rodney Harrison posted footage on Twitter of the shooting and appealed for information that would lead to the conviction of Johnson’s killers.

‘Two unknown males exited a silver BMW and opened fire on a high school graduation party in a Bronx Park. This should have been a joyous occasion, but instead it turned into a nightmare,’ Chief Harrison wrote.

‘The perpetrators struck four people, killing an innocent 19-year-old female who we believe was caught in the gunfire and not the intended target. She was struck five times, including one time in the head. The NYPD needs the public’s help in solving this senseless murder,’ he pleaded. 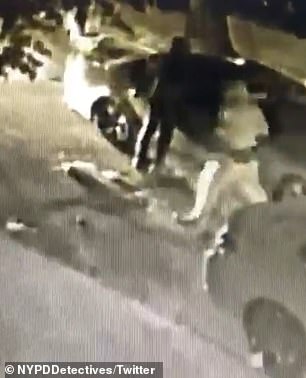 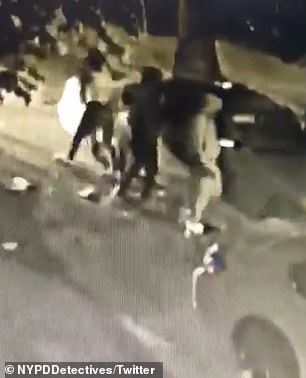 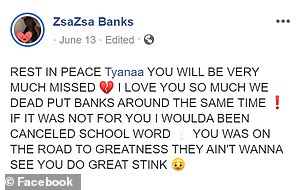 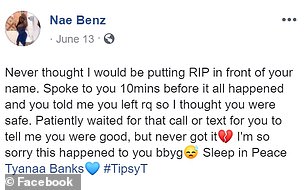 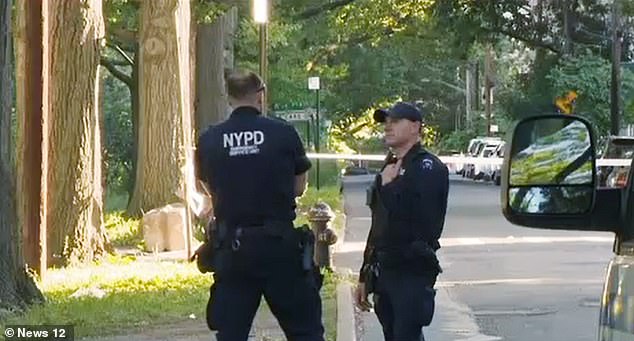 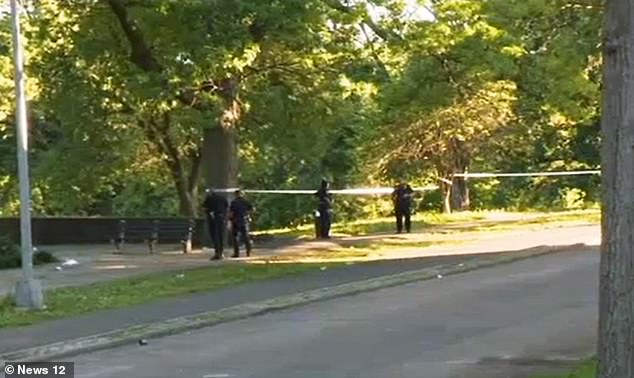 The two shooters fled in a silver BMW.  Police say the motive is unknown but may be gang related.  No arrests have been made so far.

Several other people were also shot including a 15-year-old boy who ended up being shot in the buttocks.

One other 16-year-old teen was hit in the ankle and a 24-year-old man, identified as Manny Brown was shot in the groin.

Both ended up taking themselves to Montefiore Medical Center according to the Daily News. 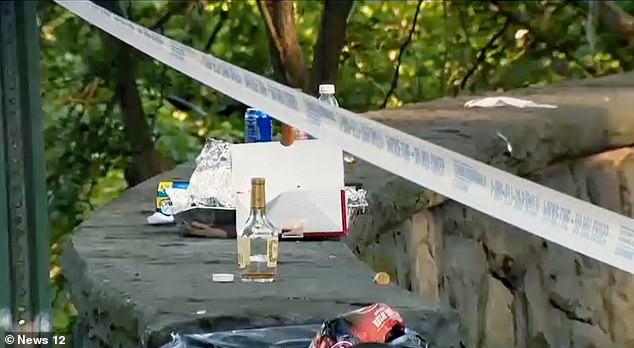 All three men are expected to survive.

Police say they believe the gunman was targeting one of the three men who were shot but Johnson was caught by the gunfire.

She was hit in the head, torso, hip and buttocks according to the New York Post.

The gathering where the teens were celebrating the end of the school is usually an animated affair.

‘It’s usually very loud and rowdy. It was a huge crowd,’ the witness said who believed there to have been around 150 other teens all gathered at the park. 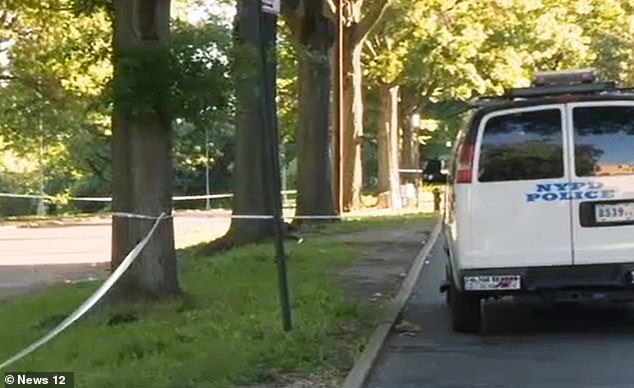