Woman, 21, is jailed for ‘smashing lemon cake’ in her mom’s face during a family argument

Woman, 21, is jailed for ‘smashing lemon cake’ in her mom’s face during a family argument – a month after she was arrested for whacking her mother over the head with a bottle of mouthwash

A 21-year-old McDonald’s worker was arrested for allegedly smashing lemon cake in her mother’s face after an argument in their Florida home and threatened, ‘nobody is calling the cops today,’ authorities said.

Brittany Mapel was charged with domestic battery after the Pasco County Sheriff’s Office was called to her family’s residence just outside Tampa early Friday evening.

Sheriff’s deputies arrived and found lemon cake smeared on her mother’s face and all over the floor.

Deputies arrested Mapel after they said she grabbed her brother’s cell phone and proclaimed: ‘Nobody is calling the cops today.’ She had fled the scene when authorities arrived at the home.

A sheriff’s spokesman did not release a motive for the attack. 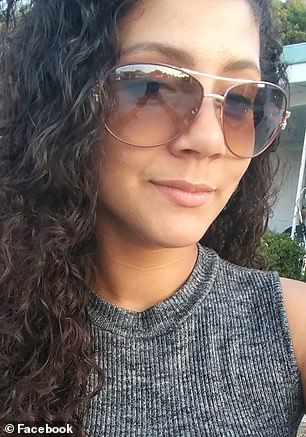 Brittany Mapel was arrested for smashing lemon cake in her mother’s face during a fight at the family’s Florida home on Friday. Mapel also was charged with felony witness tampering after she grabbed her brother’s phone and proclaimed: ‘Nobody is calling the cops today’

Mapel was charged with misdemeanor battery for the attack and felony tampering with a witness for the phone snatching, according to a complaint.  She was being held at the Pasco County Jail without bond, said a jail officer.

This wasn’t the first time Mapel used violence against her mother.

Last month, the 5′ 3′, 160 lbs. fast-food worker was arrested for whacking her mother over the head with a bottle of mouthwash.

Also in June, she was arrested for pulling a 4- to 6-inch switchblade on her boyfriend.

Mapel has had multiple run-ins with the law over the last two years, including  trespassing, domestic battery, marijuana possession, and providing authorities a false name.

‘Sounds like she’s got issues,’ said the sheriff’s office spokesman. 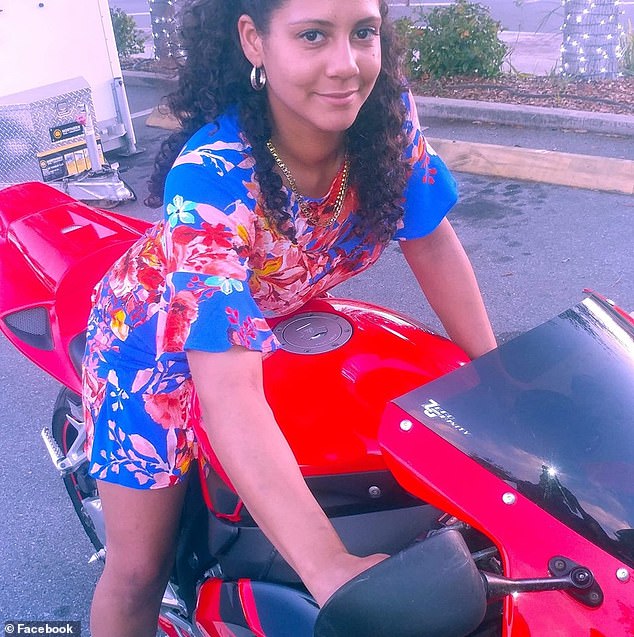 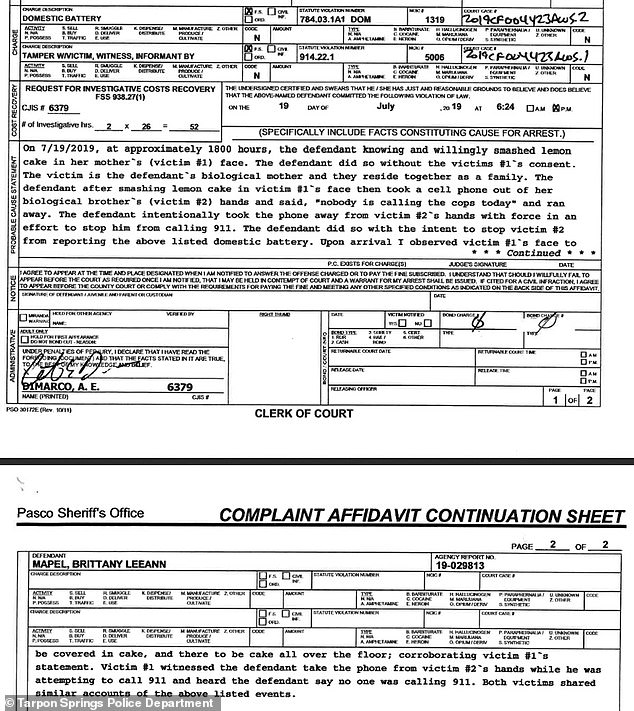