An aspiring country music singer and rapper has been charged with attempted murder after shooting a homeless man who she says threatened her life during a late night row in Nashville.

Katie Layne Quackenbush, 26, shot Gerald Melton, 54, twice during an altercation outside her Porsche SUV in Nashville’s Music Row on August 26.

It was 3am and Melton, who was trying to sleep, complained to Katie and a friend who was with her that her music was too loud, according to police.

The pair had been at a nightclub and she was bringing her friend back to her own car when the argument ensued.

Police say that after shouting at one another, Melton retreated but Quackenbush got out of her $60,000 Porsche Cayenne and fired two shots at him, wounding him in the stomach.

Quackenbush, an aspiring country singer and rapper and mother-of-one, fled the scene afterwards to go and have breakfast at a restaurant with her friend. 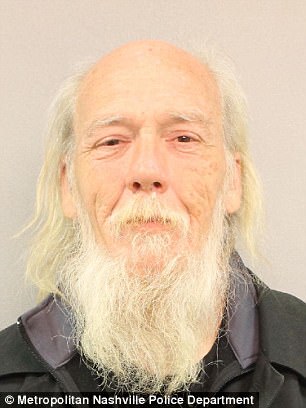 Katie Layne Quackenbusg, 26, was charged with attempted murder for shooting Gerald Melton (right in a previous mugshot), a homeless man, twice on August 26

Melton was taken to the hospital where he remains. His condition is not known.

The next day, after police issued an appeal to find ‘two blonde women’ suspected of shooting him, she handed herself in to police. Her version of events differ from the one given by police.

According to her father Jesse, a personal injury and criminal defense attorney in Amarillo, Texas, Quackenbush feared for her life when she fired her gun.

He said she and her friend had been at a nightclub and that his daughter was taking her friend back to her car when they saw Melton accosting another group of girls.

‘As they pulled up, they noticed this homeless guy out ahead.

‘He was yelling and screaming at another group of girls which looked like sorority girls from the local university.

‘It seemed he was getting into a physical altercation with one of them,’ Mr. Quackenbush told DailyMail.com on Tuesday.

He claimed Melton then approached his daughter’s car and started ‘screaming and banging on the windows’.

He called her a ‘sand n***er w**re’ and threatened to kill her if she did not turn her music down, he added. 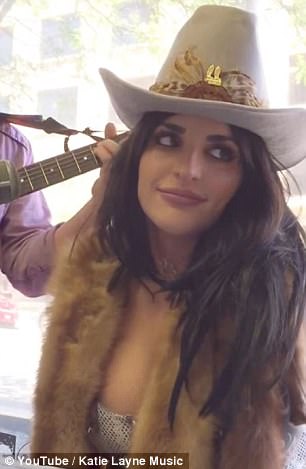 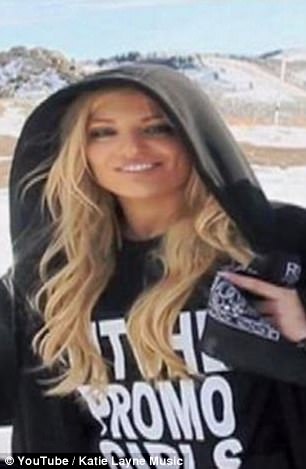 The 26-year-old is an aspiring singer and rapper in Nashville, Tennessee. She is seen above in images from her music videos and YouTube channels 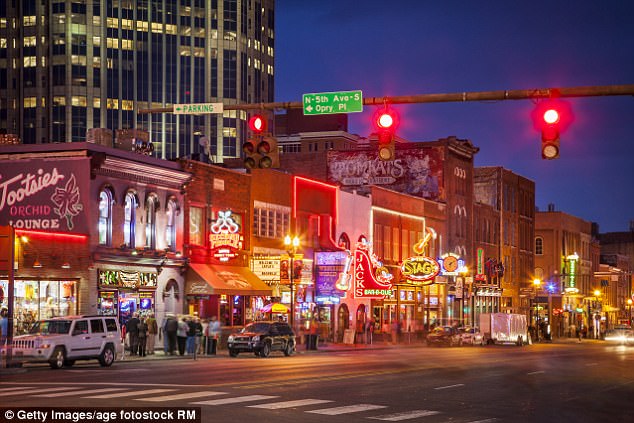 On August 26, Quackenbush and her friend were in her Porsche SUV near Nashville’s famous Music Row (above) when she shot homeless man Gerald Melton twice 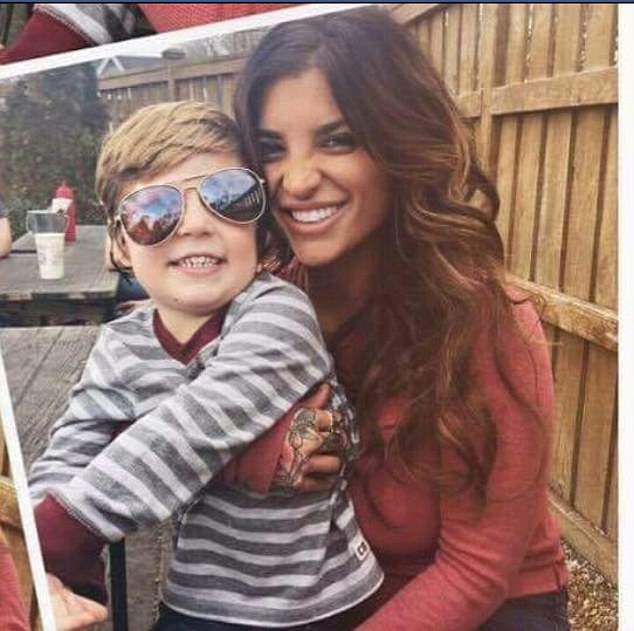 Katie’s father said she feared for her life when she fired her gun. She is pictured with her five-year-old son Ripp

Frightened for her life, he said his daughter hopped out of the vehicle and fired two ‘warning shots’ from her gun but did not intend to strike the man.

‘She said “I have a gun” twice. He came at her, she fired what she thought was a warning shot and fired a second one when he kept coming at her.

‘She ran back to the car and left with her friend,’ her father said.

The pair then went to a restaurant to have breakfast and Quackenbush ‘kept her composure probably better than any police officer would have,’ her father said.

When they returned to the scene so that her friend could finally retrieve her car, it was swarming with police and had been taped off.

‘The next day they’re hearing in the news that police are looking for two blonde females who shot a homeless man,’ Mr. Quackenbush continued. 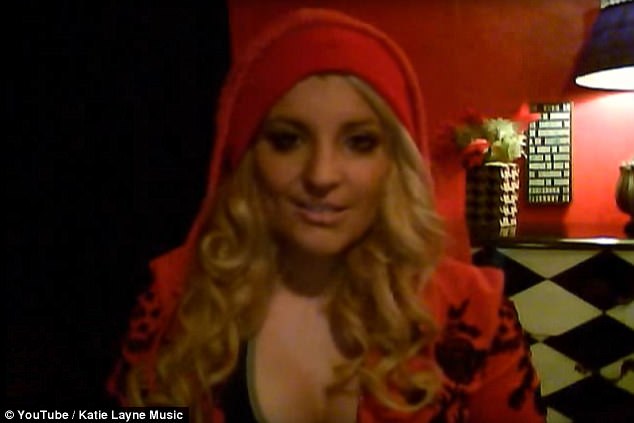 The woman’s father said she was just like any other struggling musician in Nashville and that she acted in self-defense. She is pictured in a rap video on her YouTube channel

Upon his advice, his daughter contacted police and handed in the gun which, her father said, she has for self-protection.

Quackenbush moved to Nashville from her native Texas to ‘like a lot of people’, pursue a career in country music, her father said.

She has a five-year-old son who, despite ‘struggling to make a living’, she puts through private school.

In 2013, Quackenbush was arrested for assault causing bodily injury after a ‘squabble’ with her mother. The charges were later dropped. 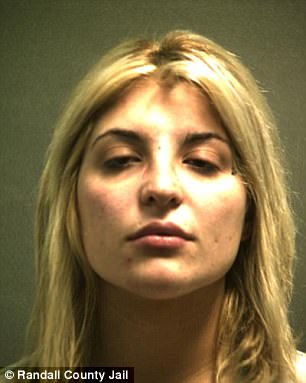 Quackenbush was arrested for assault in 2013 after a ‘squabble’ with her mother. Her mugshot from that arrest it shown

Her father said police in Nashville are using her as a ‘poster child’ for the city’s ongoing homeless problems.

He believes she is being unfairly prosecuted and that authorities are intentionally ignoring any threat Melton may have posed.

‘The guy’s obviously schizophrenic in the opinion of my daughter and her friend and other people,’ Mr. Quackenbush said.

Melton’s criminal record in Nashville dates back to 2014 and includes several arrests for criminal trespassing and failing to appear in court.

Quackenbush was released from jail on a $25,000 bond and is awaiting her next court appearance.

She goes by the artist name Katie Layne and previously uploaded her collection of rap and country music songs to YouTube.