Woman, 29, reveals how she developed rotting teeth after getting contraceptive coil

A woman has been left devastated after her contraceptive coil left her with rotting teeth and sagging gums.

Elle Jansen, 29, from Solihull, West Midlands, revealed how she began to notice gaps forming between her teeth and her gums swelling after she got the coil.

Despite having the coil removed, her teeth have continued to get progressively worse –  and she has now been diagnosed with gum disease.

Elle explained how her dentist has now warned her she is likely to lose almost all her teeth in her 30s, and said her problems were due to a hormonal imbalance caused by the mirena coil.

Elle Jansen, 29, from Solihull, West Midlands, has revealed how she has been left with rotting teeth and saggy gums after getting the contraceptive coil 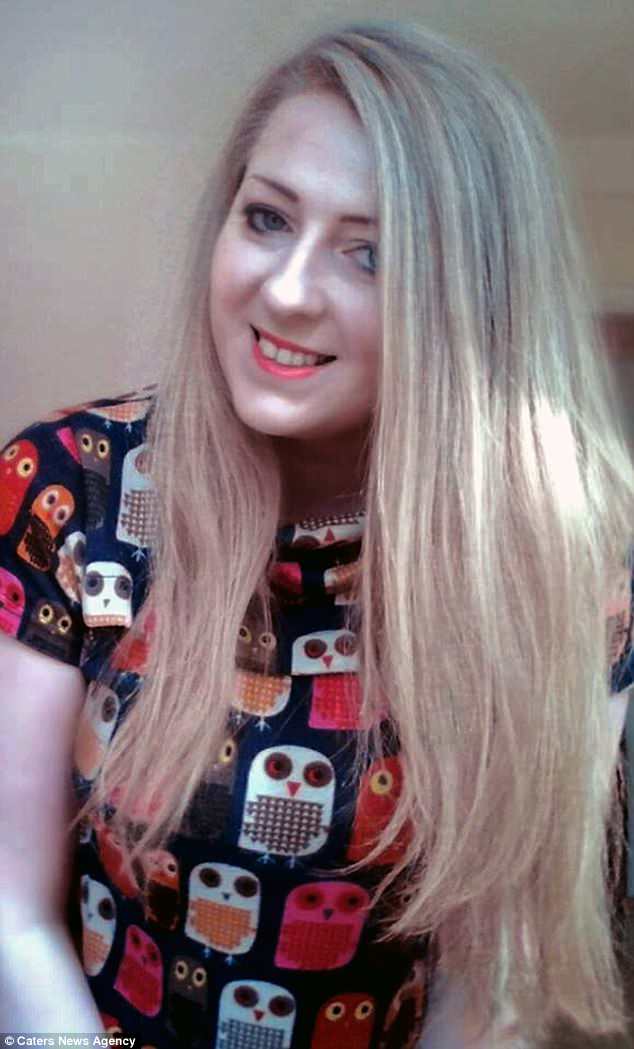 Elle (pictured with healthy teeth, before getting the coil) got the coil at the age of 24

She said that because of her excellent oral hygiene and diet, it was a massive shock when her dentist diagnosed her with gum disease.

‘I first had the coil fitted in 2013 and it was just weeks later that I noticed my gums had started to swell and I noticed little gaps forming between my teeth,’ Elle said.

‘It was a total shock when the dentist told me it was gingivitis.

‘I had no idea that the mirena coil could cause my teeth to go rotten, it was a huge shock when my dentist linked the two.’ 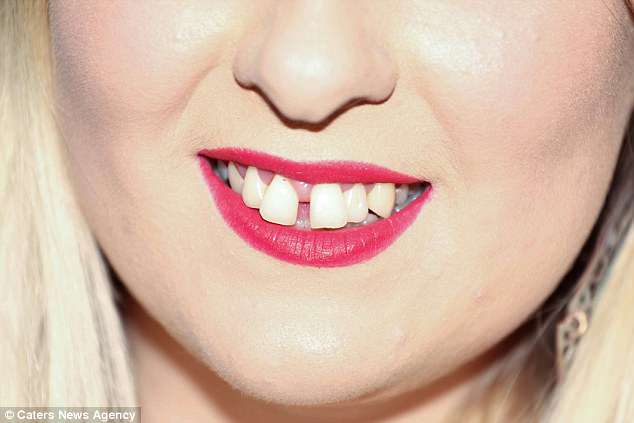 Elle said she began to notice gaps forming between her teeth after getting the coil. Pictured are her teeth as they are today 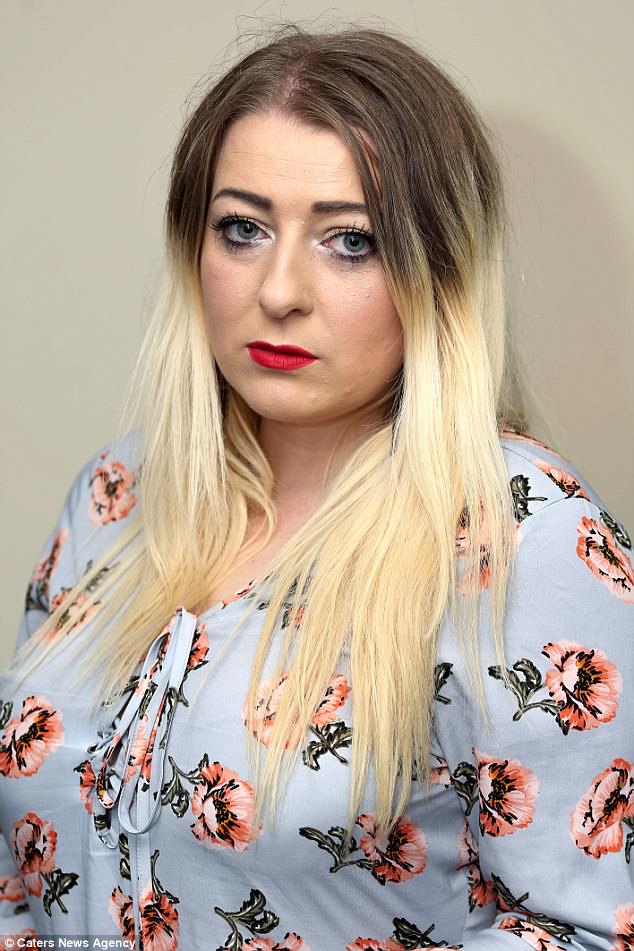 Suffering from numerous negative effects from the coil, Elle wanted it taken out but she claims her nurse was reluctant to take it out – and says she was stuck with it for two years.

She described how she began to experience leg pain and found herself unable to walk for any longer than a mile before her left leg would give up.

Elle added: ‘My left leg would just give way and later on I found out that that can happen when the coil is fitted incorrectly.

‘I was dealing with so many side-effects, but I just couldn’t get my nurse to take it out – she said she was worried I would get pregnant.’ 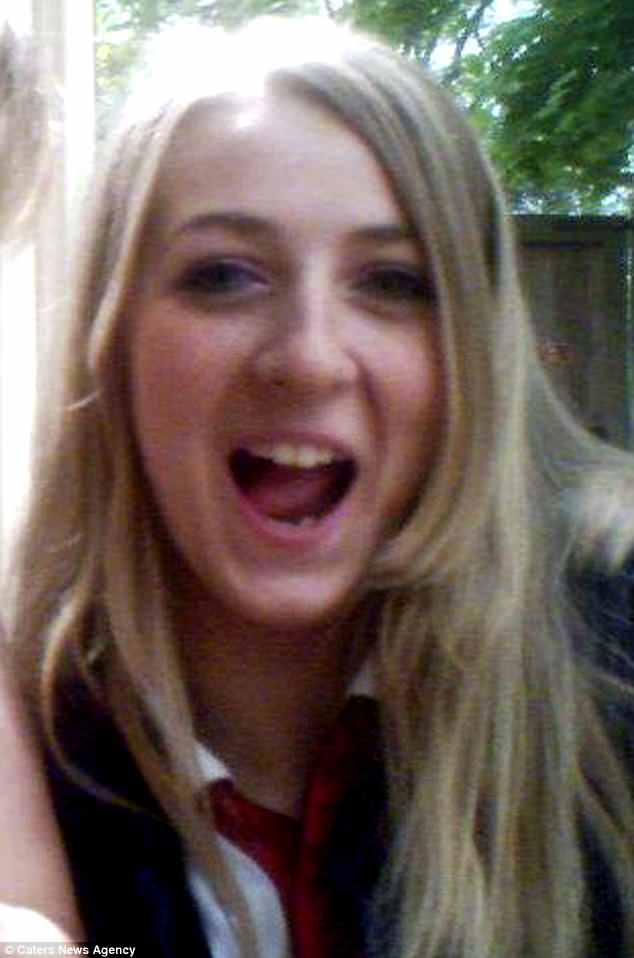 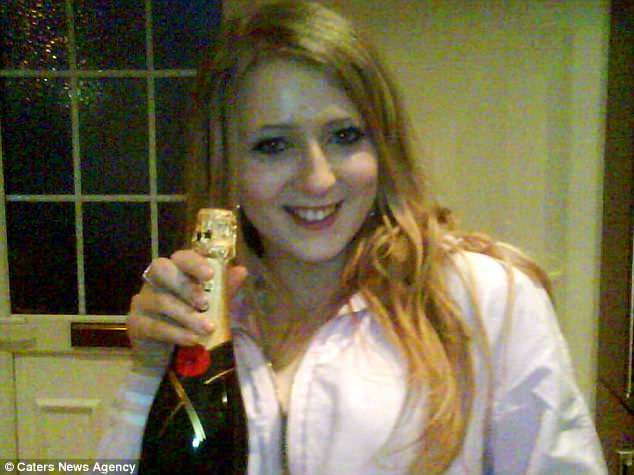 She described how her teeth got progressively worse, describing it as extremely painful.

How can the contraceptive coil affect teeth?

Women may be more prone to periodontal disease and other oral health problems due to hormonal changes in the body.

This is because hormones affect the blood supply to the gum tissue, as well as the body’s response to the toxins that result from plaque buildup.

The hormonal coil, which is put into the uterus, releases progesterone to prevent pregnancy.

Increased levels of progesterone may lead to inflamed gum tissues, as well as gum disease.

‘My teeth eventually got worse and it became full blown periodontal disease – which is gum disease,’ she said.

‘It’s incredibly painful – my gums are constantly swollen and bright red, and they bleed often – my teeth are now wonky and sometimes overlap.

‘My gums got infected and the dentist had to make my gums bleed to get the infection out by scraping the gums.

‘I’ve always taken good care of my teeth and had a good diet and exercise.’

Before getting the coil fitted at 24, Elle had looked forward to the start of her modelling career, but she found herself feeling withdrawn and embarrassed by how her teeth looked.

She says that the coil has ruined her life and that she wants to warn other girls of the lesser known dangers of the mirena coil.

‘It’s absolutely ruined my life – I was getting into modelling before I got the coil and I had a few photoshoots,’ Elle said.

‘It all seemed to be going so well, but now I can’t even smile properly – I don’t want people to see my teeth because they look so bad. 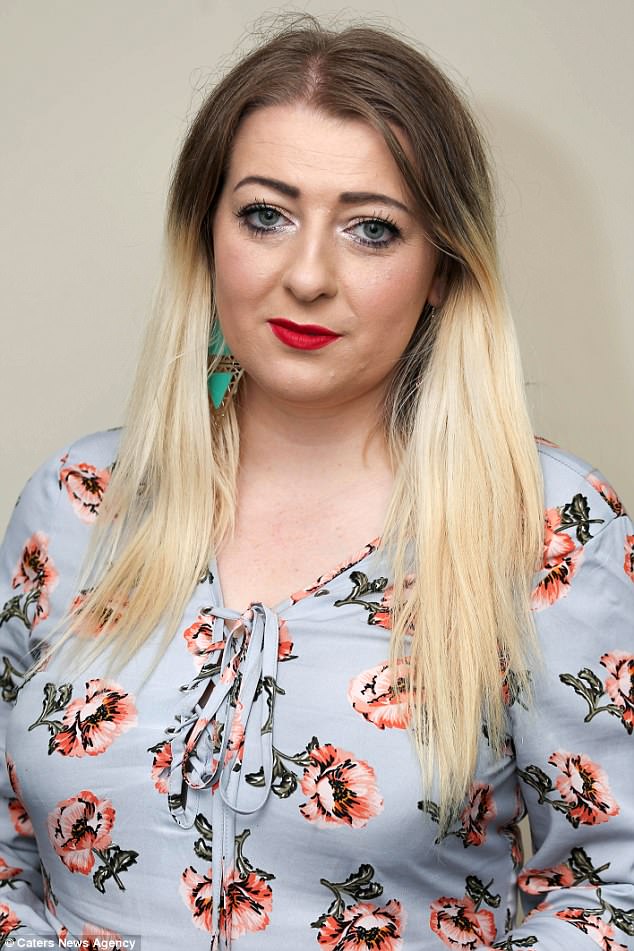 Elle said she wanted her coil taken out after first starting to experience negative side effects, but claims her nurse was reluctant to take it out 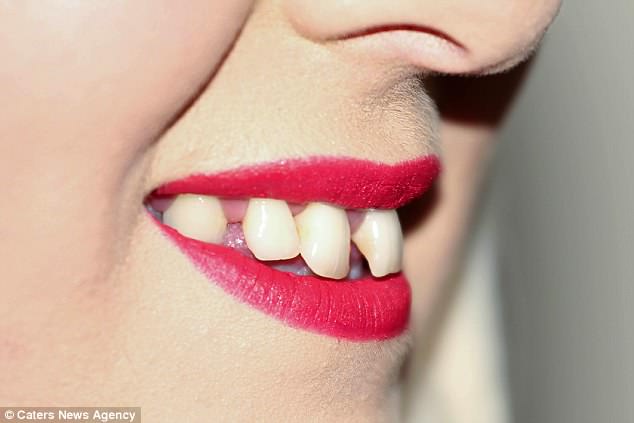 Despite the fact the coil has now been removed, Elle’s teeth have got progressively worse

‘I struggled to get the coil taken out, but it was finally removed in 2015 and my symptoms started to balance out again, but my teeth just got worse and worse.

She added:  ‘My mouth has changed the way that my face has structured – my top lip my cupid’s bow was straight but now it’s crooked because my teeth are pushing it up.

‘I really want to raise awareness about the issues that can come along with the mirena coil – I don’t want any other girls to have to go through what I went through. 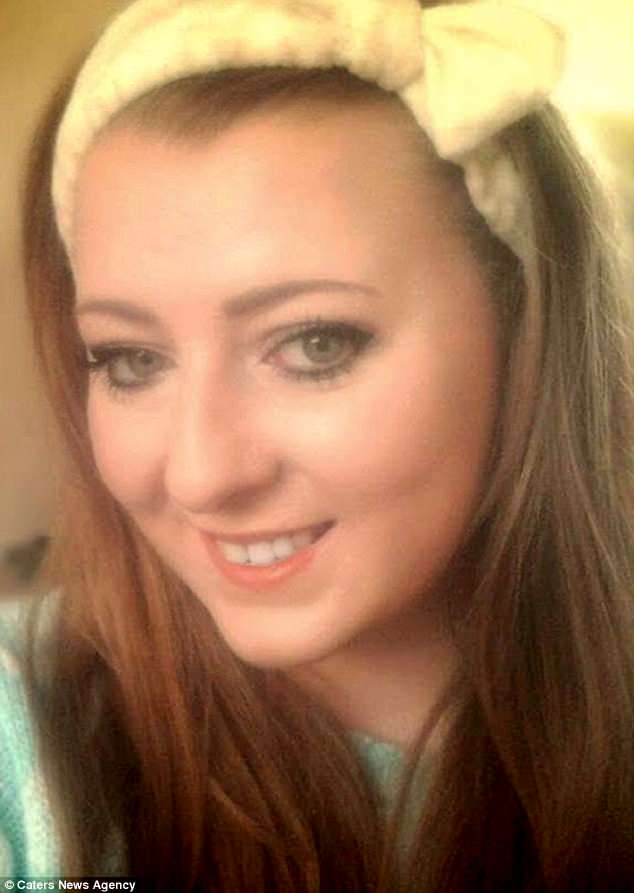 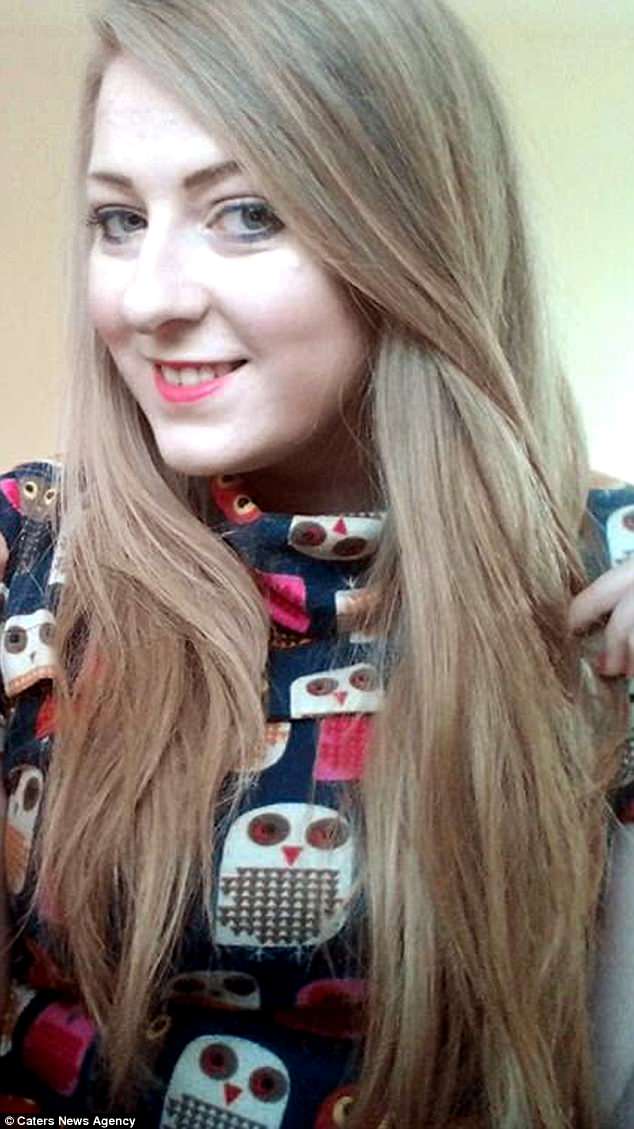 ‘No one mentioned this was a risk when I got the coil and it’s had such a massive impact on my life.’

Elle has now set up a GoFundMe page in a bid to raise enough money for a specialist treatment to fix the damage.

‘I’m hoping I can afford to get a treatment called BOST in London – it’s about £5000 and it’s a cure for gum disease,’ she said.

‘It’s not even just that my teeth look so bad now, it’s all the health problems that have come along with it.

‘I’m at risk of a heart attacks, strokes and high blood pressure and I’m in a lot of pain it’s not just my mouth, it’s my abdomen and in my leg too.’