Woman, 30, gives birth to ‘miracle’ son after recovering from cancer that doctors said was terminal

A woman has given birth to a ‘miracle’ baby boy after being told cancer treatment had left her infertile.

Abi Flynn, 30, was diagnosed with blood cancer Hodgkin’s Lymphoma, which caused a tumour in her chest, in August 2016 aged 26.

The singer went through two years of gruelling chemotherapy and radiotherapy before deciding to stop treatment in June 2018.

Doctors said the 21cm tumour in her chest had become unresponsive to chemotherapy and she wouldn’t have long left to live.

A check-up four months later miraculously showed her tumour had shrunk, meaning she was in remission. Just two days before, Ms Flynn had met her partner, Bradley Wescott, 33.

Ms Flynn had been told her treatment – as well as an operation to remove a fallopian tube in 2016 – would leave her infertile.

So she was shocked to discover she was pregnant five months after going into remission, in February this year.

Against the odds, the first time mother has given birth to son, Leo Sol Wescott-Flynn, who was born on November 2, weighing 7.6lbs.

Abi Flynn, 30, who was told by doctors she was infertile and dying of terminal cancer, has given birth to a miracle baby boy – Leo Sol Wescott-Flynn 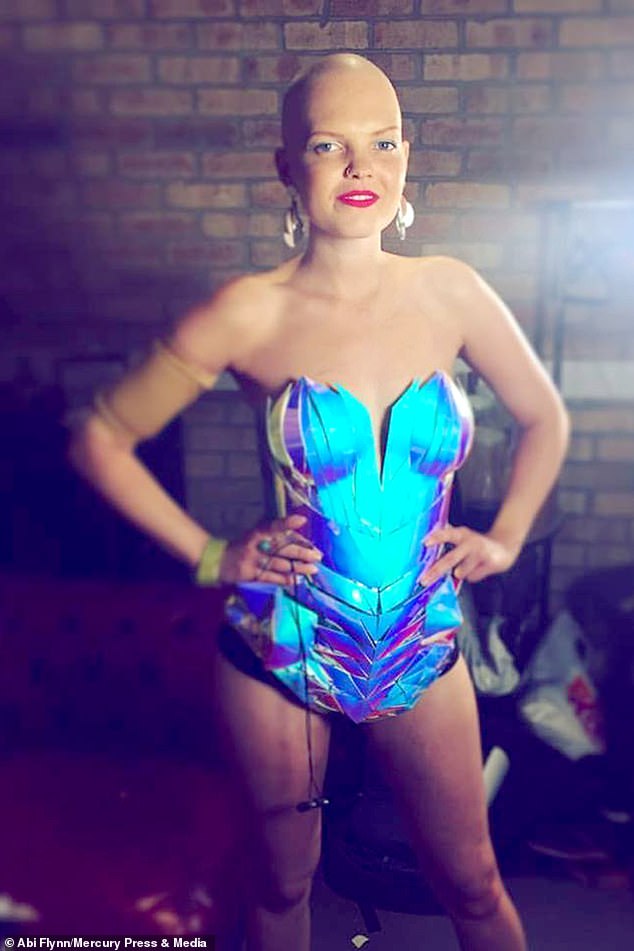 Abi Flynn, 30, was diagnosed with blood cancer Hodgkin’s Lymphoma, which caused a tumour in her chest, in August 2016 aged 26. She went through two years of gruelling chemotherapy and radiotherapy (pictured during treatment) 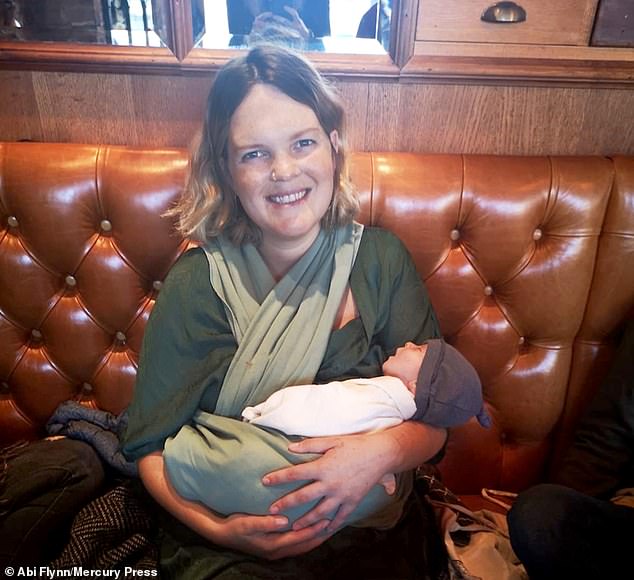 Ms Flynn said: ‘He’s called Leo Sol because when I was pregnant with him, I envisioned he was a great sunlight’ 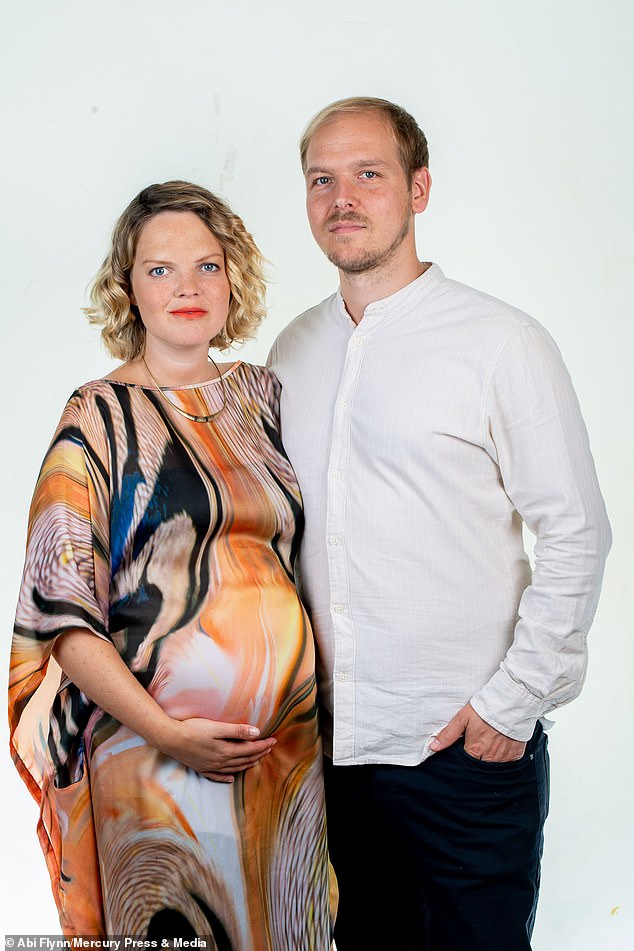 Ms Flynn met her partner, Bradley Wescott, 33, two days before being told her cancer had gone into remission because a tumour on her chest had shrunk

Ms Flynn, from Hove, East Sussex, said: ‘To see my body dying, then creating life, then my dramatic birth, then bouncing back to life – it’s crazy how strong my body is.

‘Being a new mum is amazing and surreal, Leo is a very chilled and happy baby.

‘I went into labour the day after mine and Bradley’s one year anniversary.

‘My journey on a whole has been a mad full circle, I feel like it’s going to take a while to feel real.’

Ms Flynn was first admitted to hospital with extreme chest pain in August 2016 and claims doctors initially thought she had a lung infection before referring her for further tests.

She was diagnosed with Hodgkin’s Lymphoma, which most commonly affects lymph nodes in the neck or in the area between the lungs and behind the breastbone.

A two-year battle through five types of chemotherapy and a month of intensive radiotherapy left Ms Flynn bedridden and breathless.

In June 2018, she decided to stop all treatment instead of undergoing a stem cell transplant recommended by doctors after they told her the 21cm tumour in her chest was unresponsive to chemotherapy. 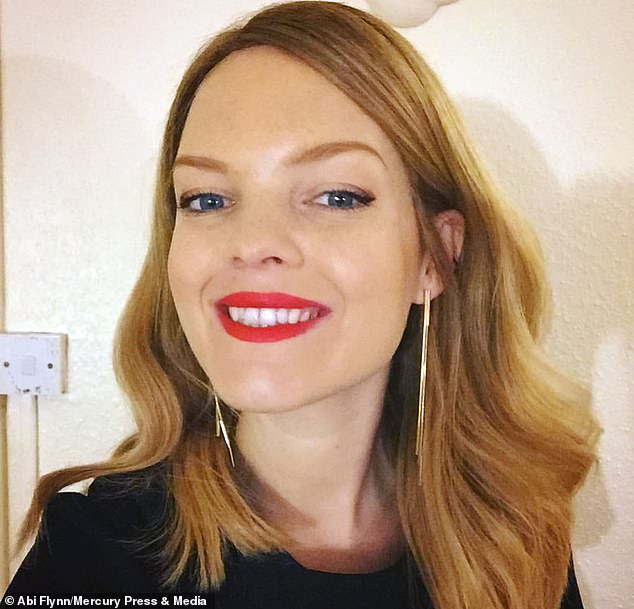 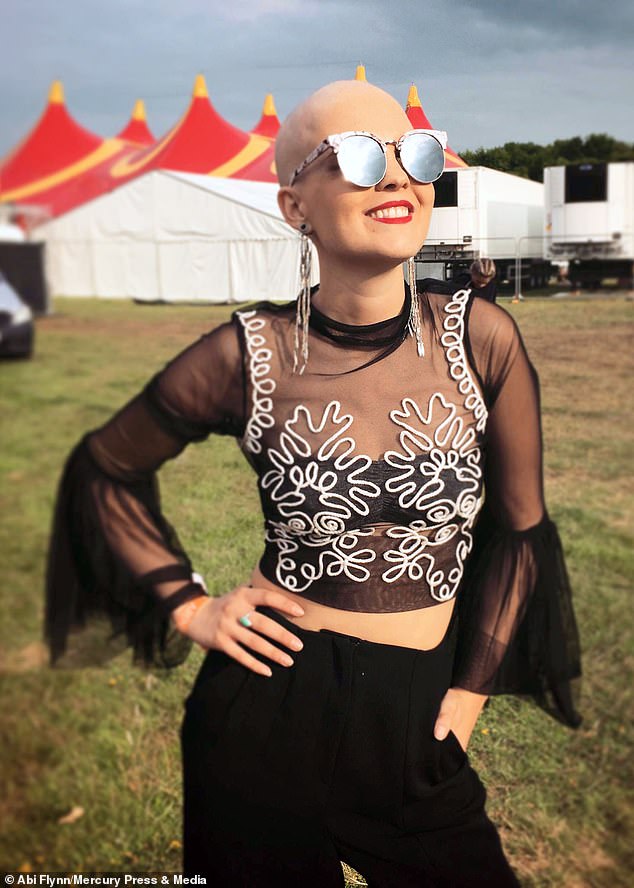 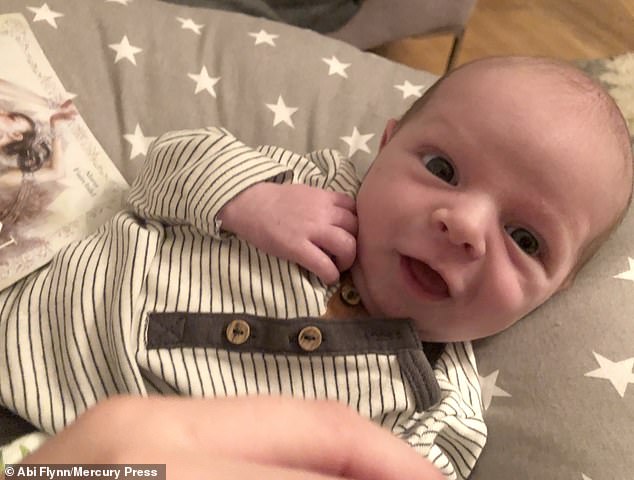 Although life-saving for patients with serious cases of a variety of cancers, the therapy caries a significant risk of serious complications.

Ms Flynn said: ‘If I had the stem cell transplant doctors said I needed, I worried it would leave me vulnerable to all kinds of illnesses.

‘My body had been through so much and the chemotherapy had left me infertile. This was upsetting because I always knew I wanted to be a mum.

‘Doctors warned me that a relapse, meaning the cancer in my blood could come back, was extremely likely if I didn’t have the transplant, and that I could die within months, maybe even weeks.

‘I was scared to go against the doctors warning and it was a really big risk.’

Four months after refusing a stem cell treatment Ms Flynn went back into hospital for a check-up scan.

Doctors were amazed to discover the mass had shrunk to just 8cm and died, meaning she was officially in remission.

Then, in June this year doctors told her despite her not having the stem cell transplant, her cancer no longer needed further treatment as there was no sign of cancer at her last check-up.

Ms Flynn met partner Mr Wescott, a motivational speaker, when she was giving a talk at Brighton’s Self Love weekend two days before the scan revealing her tumour had died last September.

The new couple quickly hit it off and were officially an item within a month of meeting, before Ms Flynn discovered she was three months pregnant just five months into the relationship.

The unplanned pregnancy came as even more of a shock to Ms Flynn, who had been told by doctors she was completely infertile due to chemotherapy and an earlier operation.

She had one fallopian tube removed after an ectopic pregnancy in November 2016.

Ms Flynn said: ‘When Bradley found out I was pregnant with his child, he was thrilled – he’s my absolute rock and he said he would help me all the way through it.

‘Our relationship throughout the pregnancy was really intense – it had its amazing highs and huge challenges, but we stepped up to the journey and it’s made us closer and stronger.’ 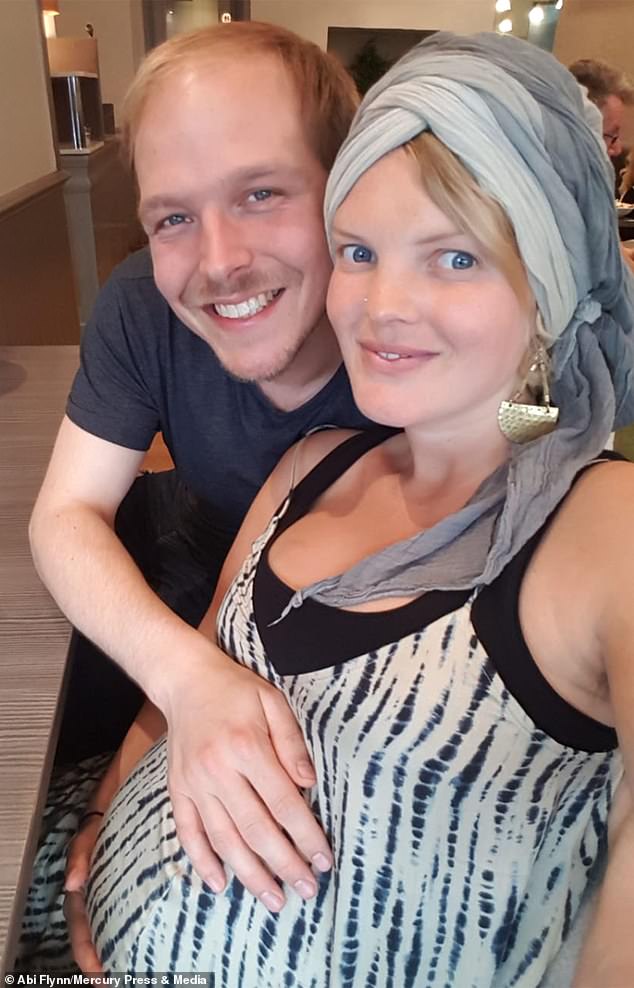 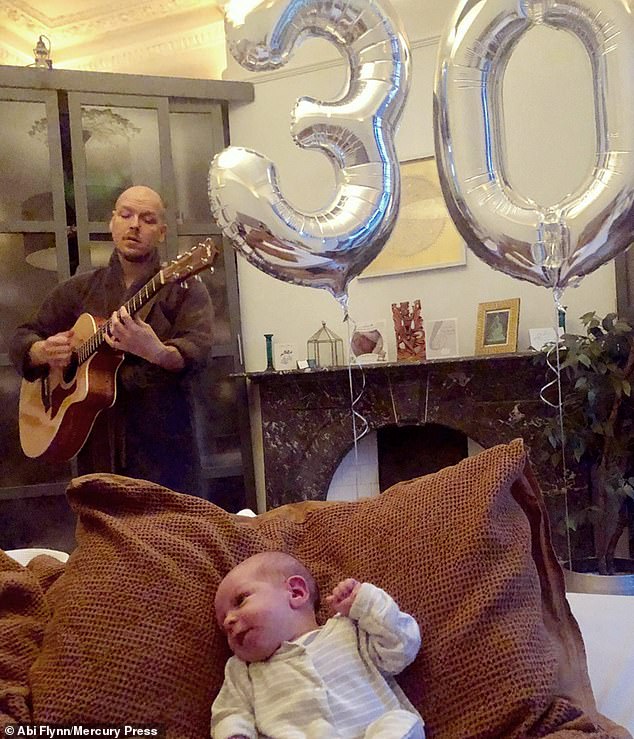 Ms Flynn and Mr Wescott quickly hit it off and were officially an item within a month of meeting. Pictured, Mr Wescott with Leo on Ms Flynn’s 30th birthday

Leo was born at the Brighton Royal Sussex hospital, where the entire birth unit overlooks the sea.

HOW CAN CHEMOTHERAPY AFFECT A WOMAN’S FERTILITY?

Most chemotherapy (chemo) drugs can damage a woman’s eggs. This depends on the woman’s age, the types of drugs she gets, and the drug doses, making it hard to predict if a woman is likely to be fertile after chemo.

If a woman is young, she has more eggs in the ovaries, and therefore a higher chance of getting pregnant after treatment.

Girls who had chemo before puberty or young women whose menstrual periods start back after chemo are at risk for early menopause.

It’s advised to avoid getting pregnant during chemo. Many chemo drugs can hurt a developing feotus, causing birth defects or other harm. A woman might be fertile during some types of chemo, so they will need to use very effective birth control.

Women are often advised not to get pregnant within the first 6 months after chemo because the medicine may have damaged the eggs that were maturing during treatment. If a damaged egg is fertilized, the embryo could miscarry or develop into a baby with a genetic problem.

Ms Flynn was gazing at the sunrise when Leo was born, but initially had her eyes closed because she was scared during his traumatic birth.

But her nurse told her to look right out of the window and she saw golden sun peeking out through black clouds.

And after a week in hospital due to complications following the birth, the pair are now recovering at home.

Ms Flynn said: ‘The first half of labour was beautiful and natural at home in the birth pool, but the other half was quite dramatic.

‘I had 30 hours of natural labour at home but due to common birth complications, I was offered a C section and chose to go ahead with it.

‘However, it then turned into an emergency C section because my blood pressure rose and Leo’s heart rate dropped – nothing has ever been black and white with my journey!

‘It was powerful and poetic, similar to my cancer journey which was intense and scary, but also beautiful and miraculous.’

Singer Ms Flynn is soon releasing a new single on December 13 called Courage, which she wrote about rising through hard times during her cancer journey.

Around 2,100 people in the UK are diagnosed with Hodgkin’s lymphoma each year, and 300 people die.

The disease develops in the lymphatic system, which is a network of vessels and glands spread throughout the body.