Woman, 70, and man, 69, are arrested over the murder of 36-year-old woman stabbed to death in 1981 after detectives conducted a cold-case review

Detectives investigating the cold-case murder of a woman in Leighton Buzzard 38 years ago have made two arrests.

Carol Morgan’s body was found at Morgan’s Store in Finch Crescent, Linslade, on 13 August 1981. She was 36 years old at the time.

She had been repeatedly hit about the head with a sharp object in the store room.

A man aged 69 and woman aged 70 from Brighton were on Wednesday arrested on suspicion of her murder.

They are currently in police custody for questioning.

Detective Inspector Jerry Waite from the Bedfordshire, Cambridgeshire and Hertfordshire Major Crime Unit said: ‘A number of arrests were made at the time of Carol’s death, however no charges were ever brought.

‘Our Cold Case Unit reviews every undetected murder every two years, and Carol’s case is no exception.

‘This goes to show that no murder investigation is ever closed and we will explore all opportunities available, even as much as 38 years later. 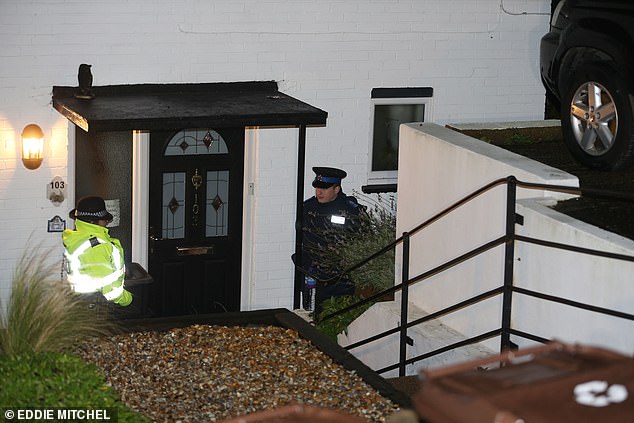 ‘We will also be carrying out additional work in the vicinity of Morgan’s Store and in the Brighton area, and would appreciate the public’s support in coming forward with any information which could help our investigation.

‘I hope that with the passage of time, anyone who now feels able to come forward with any information has the confidence to do so. Any details, no matter how small, could be vital.’