A once-aspiring actress has alleged Steven Seagal raped her at a wrap party for the film On Deadly Ground, claiming he undressed her and assaulted her on his bed while she focused on a photo of Seagal’s wife on the nightstand.

Seagal’s lawyer did not immediately return calls for comment Friday.

Simons is one of over a dozen women to accuse Seagal of sexual impropriety, but the first to accuse him of rape.

Regina Simons (seen left with NBC’s Megyn Kelly on Friday) alleged Steven Seagal raped her at a wrap party for the film On Deadly Ground, claiming he undressed her and assaulted her on his bed while she focused on a photo of Seagal’s wife on the nightstand 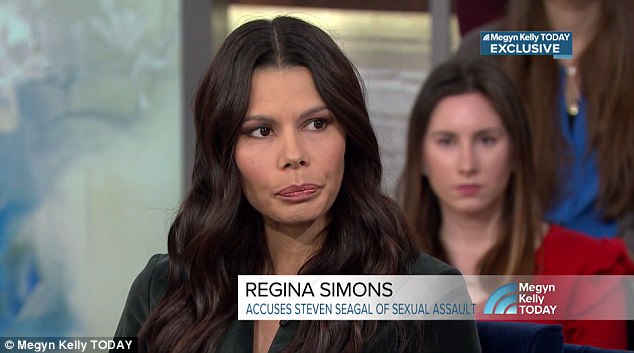 Simons called the alleged assault ‘very predatory, very aggressive and traumatizing’ during her sit-down with Kelly

She said she was surprised to find that she was the only one invited to Seagal’s 1993 party to celebrate the end of filming.

She had been an extra and said ‘before I knew it, he was on top of me and I couldn’t move.’

She says she froze and ‘felt like I left my body.’

During the alleged attack, Simons said she remembers looking at a photo of Seagal and ‘the lady from Weird Science.’

At the time, Seagal was married to Kelly LeBrock, who starred in Weird Science.

Simon said she reported her allegations to Beverly Hills, California police, where the incident occurred.

Another accuser to file a complaint with police about Seagal is Dutch former model Faviola Dadis.

Dadis says she was groped by the actor and director during an audition in 2002.

Other women have accused Seagal of sexual misconduct. 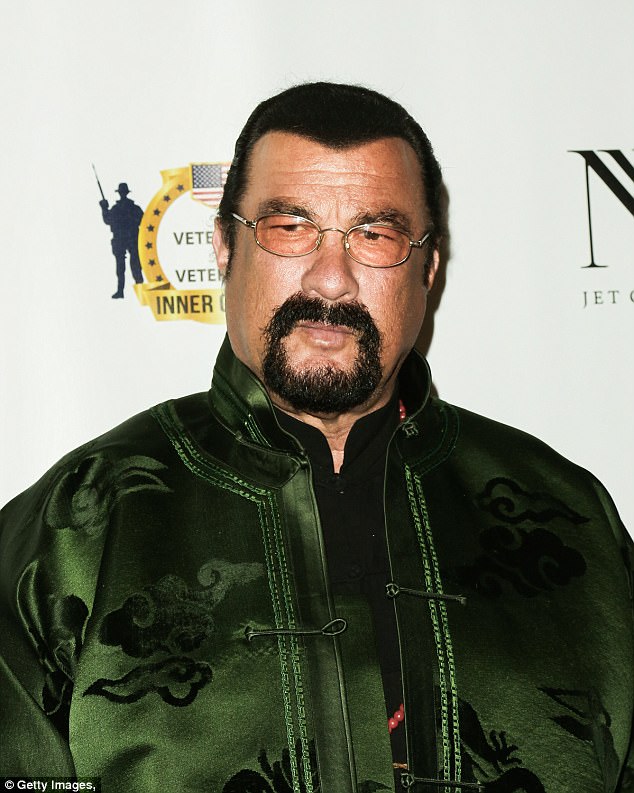 Simons was 18 years old at the time of the alleged rape. Seagal was in his forties and married 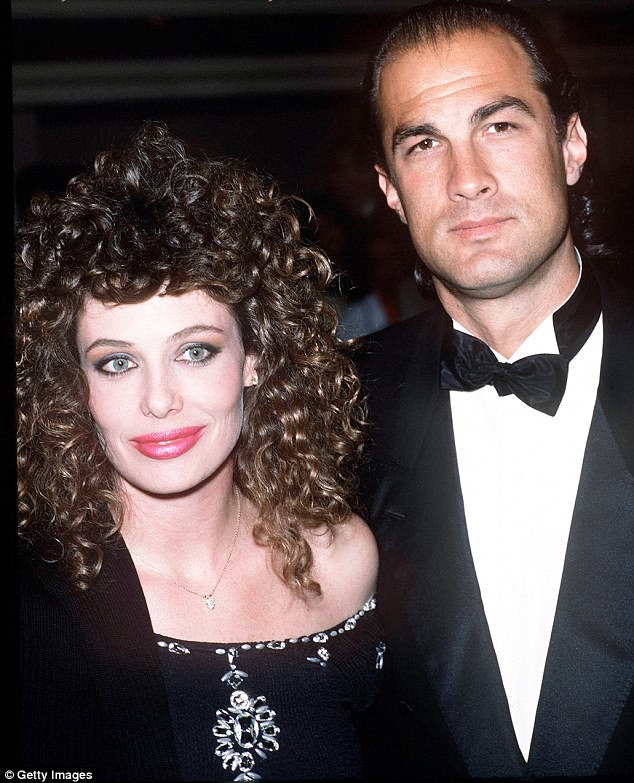 During the alleged attack, Simons said she remembers looking at a photo of Seagal and ‘the lady from Weird Science.’ At the time, Seagal was married to Kelly LeBrock, who starred in Weird Science. Seagal and LeBrock are seen above in 1988

Jenny McCarthy said the action star sexually harassed her during a 1995 audition, while Portia de Rossi accused Seagal of unzipping his pants during an audition.

A Seagal spokesman denied McCarthy’s accusations to The Daily Beast.

McCarthy told the same story to Movieline in 1998.

In November, de Rossi took to Twitter and recalled her experience with Seagal. 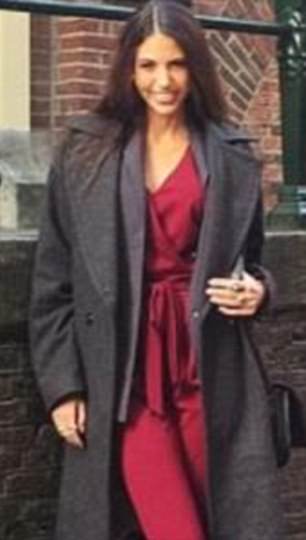 Both Simons and Dutch former model Faviola Dadis (pictured) have filed reports about Seagal to the LAPD. Dadis says she was groped by the actor and director during an audition in 2002

She claimed he ‘unzipped his pants’ in front of her during an audition for one of his films.

‘My final audition for a Steven Segal movie took place in his office,’ de Rossi tweeted on November 8.

‘He told me how important it was to have chemistry off-screen as he sat me down and unzipped his leather pants.

‘I ran out and called my agent. Unfazed, she replied, “Well, I didn’t know if he was your type”.’

A week before de Rossi went public with her allegations, Julianna Margulies said she was cornered at gunpoint in a hotel room by Seagal. 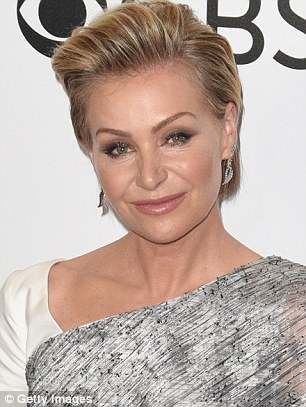 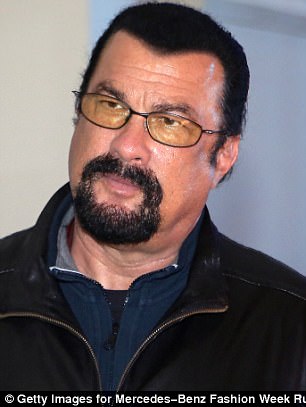 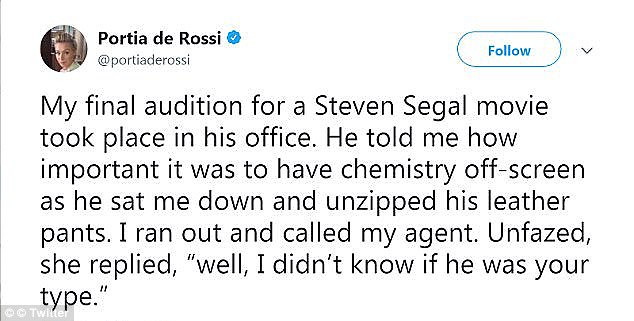 She also alleged that she was sexually harassed by disgraced movie mogul Harvey Weinstein.

The Good Wife star, 51, told Sirius XM’s Jenny Hutt that Weinstein had attempted to lure her into his hotel room, and that later Seagal did the same thing – while brandishing a gun.

And I got out of there unscathed,’ she said of her encounter with Seagal.

‘I never was raped. And I never was harmed. And I don’t know how I got out of that hotel room … I sorta screamed my way out.’

In October, Inside Edition’s Lisa Guerrero told The Hollywood Reporter how the actor reportedly invited her to his home for a ‘private audition’ in 1996.

She had been suspicious about the request and arrived with a female casting director. 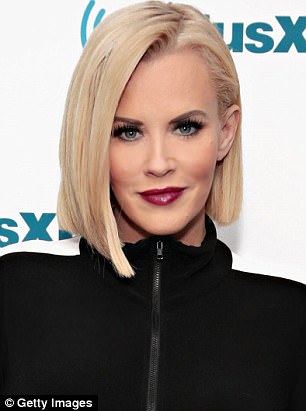 Seagal allegedly answered the door in a silk robe and had her perform in front of him while he sat in a throne.

Although Guerrero says Seagal never exposed himself or touched her, she described the whole encounter as ‘so strange.’

Guerrero told the news outlet that Seagal told her she could have a bigger role if she returned for a ‘private rehearsal,’ which she refused.

Also in October, actress Rae Dawn Chong made similar claims, alleging in a blog, The Wrap, that she was called to a private audition with Seagal at the Bel Air Hotel in the 1980s – where Seagal also answered the door in his bathrobe.

The Commando actress recalled feeling ‘heartbroken’ by her agency at the time, ‘because [they] had obviously pimped me out to this creep.’

Chong claimed Seagal sat in a chair and ‘manspread so I could see his junk. But he casually covered back up as if it was a mistake.’

The actress said she left quickly after he asked her if he could touch her silk shirt.

Chong says it did not end there, claiming Seagal continued to leave ‘sex messages’ on her machine.

In a 1998 interview with Movieline, Jenny McCarthy claimed that Seagal attempted to coerce the then fledgling actress to take off her dress during an audition for Under Siege 2. 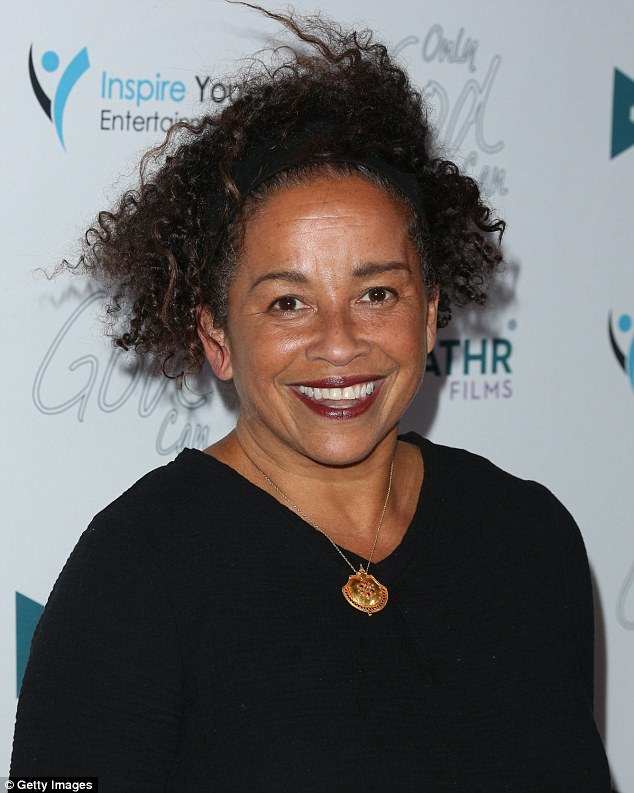 Although these claims have surfaced, Seagal has been slapped with sexual harassment lawsuits over the years and has been represented by Hollywood lawyer Marty Singer.

In 2010, the action film icon was sued by his 23-year-old former assistant, Kayden Nguyen, for sexual harassment and illegal sex trafficking.

Singer described the allegations as ‘ridiculous and absurd.’

Blair Robinson, the granddaughter of legendary singer Ray Charles, claims she was hired as the actor’s assistant in 2004 and was told giving Seagal massages were part of the job.

Robinson claims to have quit after her first day, when it became clear ‘that he wanted and expected sexual favors.’

In an interview with Jimmy Kimmel earlier this year, the host asked Katherine Heigl about working alongside Seagal in the film Under Siege – when she was 16 years old at the time. 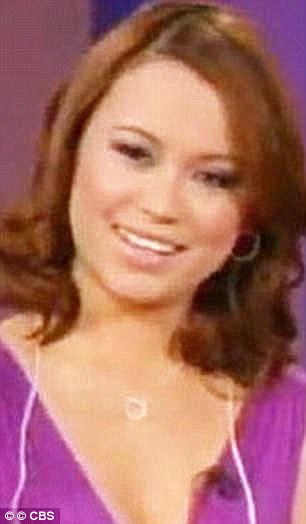 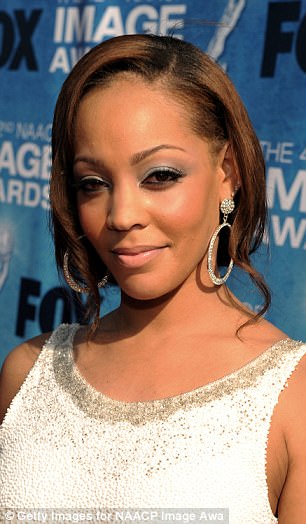 In 2010, the action film icon was sued by his 23-year-old former assistant, Kayden Nguyen (left), for sexual harassment and illegal sex trafficking. Blair Robinson (right) says she quit after a day working for Seagal because ‘he wanted and expected sexual favors’ 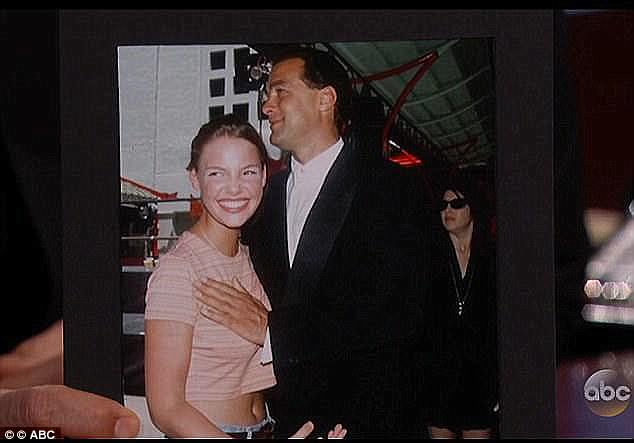 In an interview with Jimmy Kimmel earlier this year, the host asked Katherine Heigl about working alongside Seagal in the film Under Siege – when she was 16 years old at the time. She is photographed above in 1992 when Seagal has his hand on her breast

‘Was there anything he said during the shooting that sticks out for you… Seagal-wise?’ Kimmel asked.

‘My favorite was at the last day of filming, and again I had just turned 16 in this movie, and he said you know Katie, I’ve got girlfriends your age,’ Heigl dished.

Kimmel then asked her about an awkward photo in which Seagal has his hand placed over the then-teenager’s right breast.

‘I have no recollection of that moment either, Heigl says. ‘I think we know why, I blocked it.’

Since dozens of women came forward to accuse Weinstein of sexual harassment and/or rape, others have been inspired to go public with their own allegations against other Hollywood heavyweights.