Woman ‘blows herself up’ in the centre of Tunisian capital Tunis

Female suicide bomber blows herself up, injuring nine other people, outside a shopping centre in Tunisia

By Reuters and Afp and Chris Pleasance for MailOnline

A female suicide bomber has blown herself up in the centre of Tunisian capital Tunis, wounding nine people.

Eight police officers were among those injured after a woman in her 30s carried out a ‘terrorist explosion’ on Monday, the Interior Ministry said.

Initial reports on social media suggest the attacker targeted officers who were sitting inside a vehicle outside a shopping centre on Monday afternoon.

A female suicide bomber has wounded nine people, including eight police officers, after blowing herself up in central Tunis, Tunisia 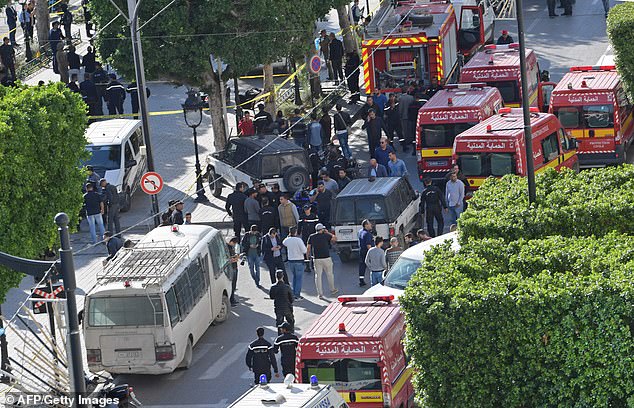 Police were cordoning off central Habib Bourguiba Avenue, one of the busiest streets in Tunis, on Monday afternoon after a strong blast was heard.

Multiple ambulances rushed to the scene as pedestrians scrambled to clear the area.

‘I was in front of the theatre and heard a huge explosion,’ witness Mohamed Ekbal bin Rajib told Reuters.

Tunisia, which is heavily dependent on tourism, has improved security since a series of militant attacks targeting tourists caused the near collapse of the sector three years ago. 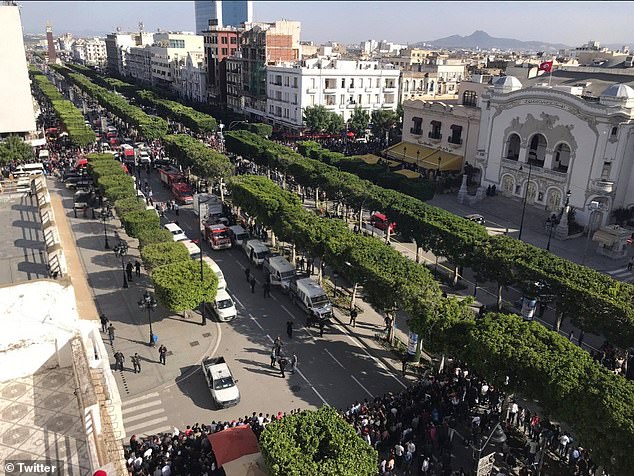 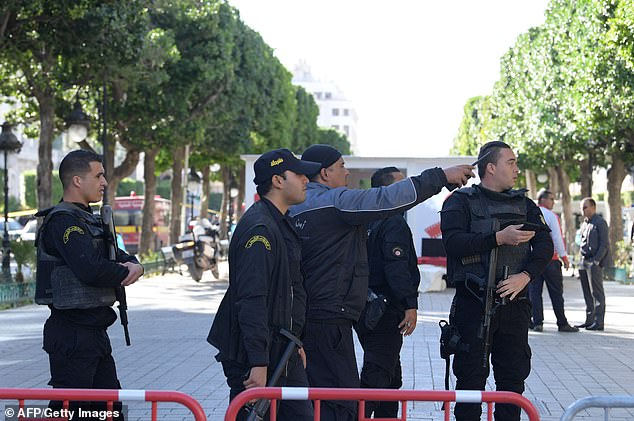 In 2015, 21 people were killed during a hostage siege in its national museum, the Bardo in Tunis, and a gunman killed 38 people on a resort beach.

There have been no attacks on that scale since then, but the economy has remained troubled and the authorities worry about militants who shelter in neighbouring Libya.

Tunisia is one of the few Arab democracies, and the only country to throw off a long-serving autocrat during the Arab Spring popular revolts of 2011 without triggering large scale unrest or civil war.