A businesswoman was branded an ‘internet troll’ on LinkedIn after calling a man a ‘c***’ in a random, foul-mouthed tirade for making a joke about his wife’s dishwasher loading.

Mathew Caine, of Sheffield, made a joke on Facebook that his wife Laura stacked the dishwasher ‘like Stevie Wonder’, prompting her to playfully respond ‘oi’.

But professional photographer Jane Hobson, who claims not to know the couple, jumped in on the conversation with an expletive-laden rant, outraged at what she deemed ‘sexism’ in Mr Caine’s joke.

Ms Hobson, who claims to have a background in advertising, wrote: ‘You f*****g t*** – have you asked her why she loads it that way?

Her outburst appalled Mr Caine’s brother Stu, who publicly shamed her on LinkedIn by revealing her foul-mouthed rant and tagging her in the post.

His ‘internet troll expose’ was soon shared by hundreds of people, resulting in Ms Hobson begging him to remove it and publicly admit her original post was ‘rather harsh’.

Instead, Mr Caine decided to design T-shirts with the slogan ‘Jesus Christ Jane’ in reaction to one of his friend’s responses to her post.

Now Ms Hobson, who admits it was wrong to use such language, claims the public outcry is just people trying to ‘police women’s language’ from ‘men who think it’s wrong for women to swear’.

Mr Caine’s original joke about his wife read: ‘It’s the opposite in my house.

‘When my wife has filled the dishwasher it looks like Stevie Wonder stacked it from the lounge.’

When his brother, who works as a copywriter, saw Ms Hobson’s reaction, he shared the post on LinkedIn to expose her outburst.

His post read: ‘Just a friendly reminder that if you troll someone (my brother for instance) on a public Facebook page, and have your personal profile linked to your business, any idiot can find you on here too.

After her public ‘naming and shaming’, Ms Hobson was quick to apologise for the expletives , but defended her sentiments, maintaining the joke was another example of sexism and she ‘would not stand for it’.

She has since deleted both her Twitter and LinkedIn profiles. 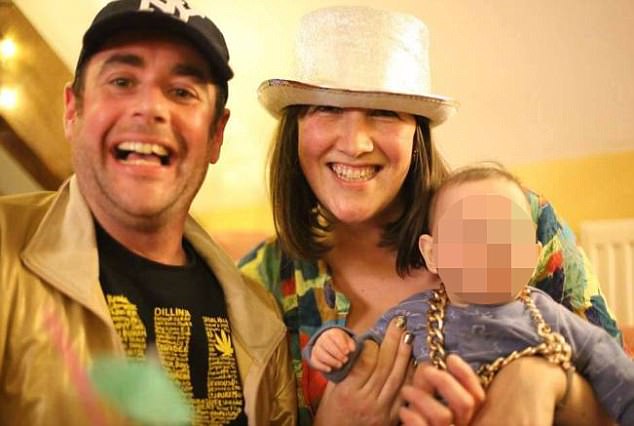 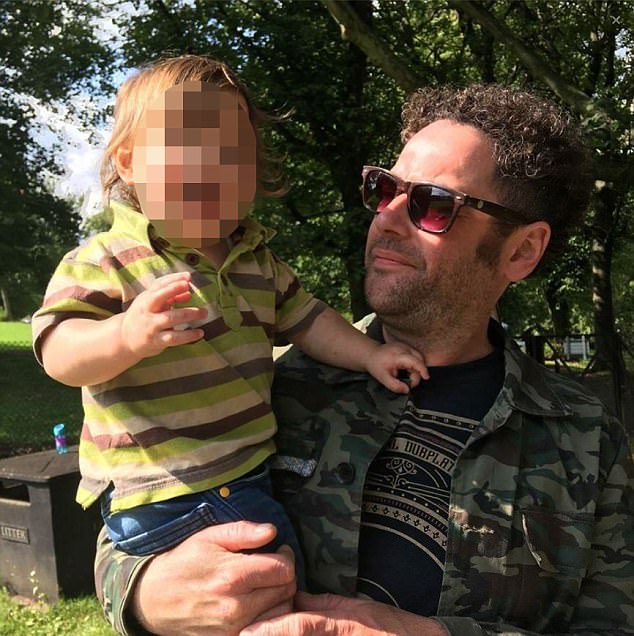 Mr Caine (pictured right) was defended by his brother Stu on LinkedIn who said: ‘Maybe people like Jane Hobson might think again before launching into an unprovoked torrent of abuse on a complete stranger – about stacking the dishwasher’

She also admitted she did not know the Caines at all but claimed the reaction to her post was online bullying and an example of ‘a bunch of boys piling on and bullying’.

Ms Hobson, whose Twitter handle was CalamityJane65 until she deleted the account yesterday, said: ‘I didn’t know that it had gone viral because I basically marked it on LinkedIn as being an abusive post and that blocks it and I don’t get alerts on the message.

‘I just hoped that by doing that they would get bored and walk away. [It’s]online bullying.

‘I don’t know Mathew at all. It was a stupid late night rant that I realised was a big mistake in the morning but the point was valid that he was being sexist and ableist but the way I expressed it was completely wrong.

‘I shouldn’t have sworn and I actually deleted it first thing in the morning as soon as I had realised so I don’t know why Stu then put it on LinkedIn a business facing thing.

‘To me that’s not social media that’s a business facing thing and a lot of my clients would have seen that.

‘It isn’t his battle to fight and it’s not a battle anyway. They had a go at me on Facebook and that’s fine, I deleted the post.

‘I even apologised to Stu on the LinkedIn post and I said that it was unnecessary swearing. 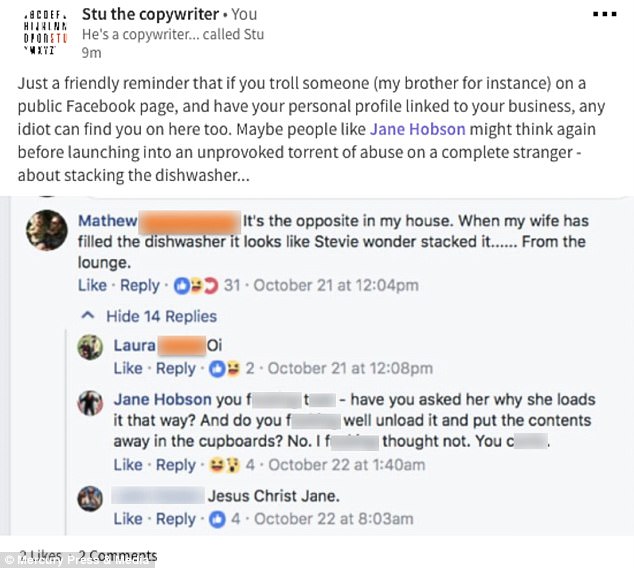 Unimpressed with the unprovoked attack on his brother, Stu Caine took to the professional networking site to publicly name and shame Ms Hobson

‘I can’t even remember what I put, I think I pointed out that it was sexist and ableist but I shouldn’t have sworn.

‘The other point is about women swearing, people try to police women’s language, that’s another point and it’s always seen as ‘isn’t it terrible when women swear’.

‘I shouldn’t have got sweary with him whether I’m male or female but I do feel like it was a bunch of boys piling on and bullying.

‘On his post he was going on about ‘oh yeah, aren’t women stupid for stacking the dishwasher wrongly’ but I shouldn’t have reacted like that, it was silly but it was late at night.

‘With all of this Harvey Weinstein stuff, the Toback stuff, my Facebook feed at the moment is full of men [allegedly] abusing women and I was in the frame of mind where I wasn’t going to stand for anymore sexism and I just overreacted.

‘I shouldn’t have done it but I deleted it so why his brother of all people then days later after it has been deleted has saved this screen grab for a few days and used it as a weapon against me.

‘Why would he try and ruin somebody’s business over something as trivial as swearing at somebody who isn’t even him?’