North Carolina mother, 21, is charged with attempted murder ‘after dumping her newborn son inside a trash can with the umbilical cord wrapped around its neck’

A North Carolina woman has been charged with attempted murder after police she abandoned her newborn baby inside a trash can, with the boy’s umbilical cord wrapped around his neck.

Maryuri Estefany Calix-Macedo, 21, made her initial court appearance through video conference on Monday to face one count of first-degree attempted murder.

Speaking through a Spanish translator, Calix-Macedo asked to be represented by a court-appointed attorney. 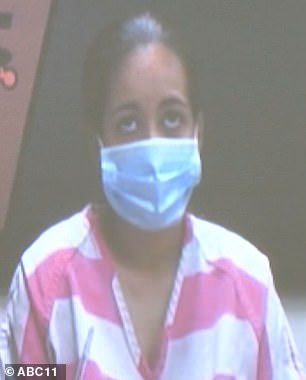 Maryuri Estefany Calix-Macedo, 21, has been charged with first-degree attempted murder involving her newborn son. She made her initial court appearance on Monday (right) 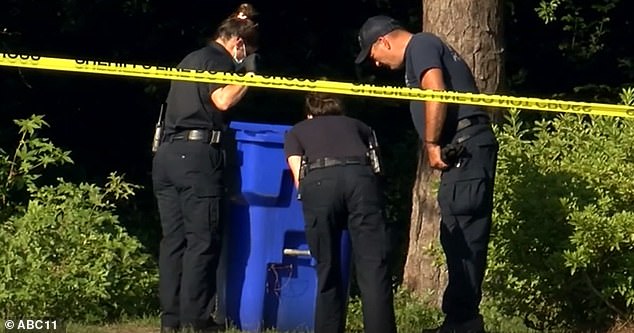 Police say Calix-Macedo delivered the baby boy on Thursday, placed him in a black trash bag and dumped him in this blue bin in a Wilmington, North Carolina, parking lot, where a woman walking her dog later found him alive

The Wilmington Police Department said in a statement that Calix-Macedo’s infant was ‘left for dead’ in a church parking lot just before 5pm last Thursday.

A woman who was out walking in the 3600 block of Fairview Drive heard the baby’s cries coming from the trash bin outside the Christ Community Church in Wilmington and rescued him.

Cynthia Burton told WECT she was walking her dog, Flounder, when she heard the cries.

When she approached the blue garbage receptacle, the sound got louder. Burton looked inside and saw a black trash bag tied closed.

When she ripped open the bag, the dog walker saw a newborn still covered in blood from the delivery and with his umbilical cord coiled around his neck.

The Good Samaritan ran to a nearby apartment complex and asked a couple sitting on their patio to call 911.

Burton was able to unwrap the umbilical cord. The woman and the couple then sang Jesus Loves Me to the infant while waiting for EMS workers to arrive.

Paramedics who were summoned to the scene transported the baby to an area hospital. He is said to be healthy and doing well. 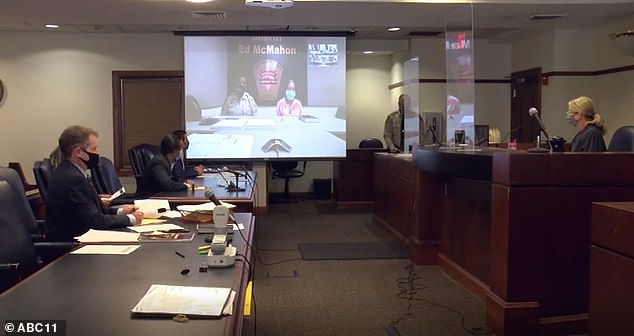 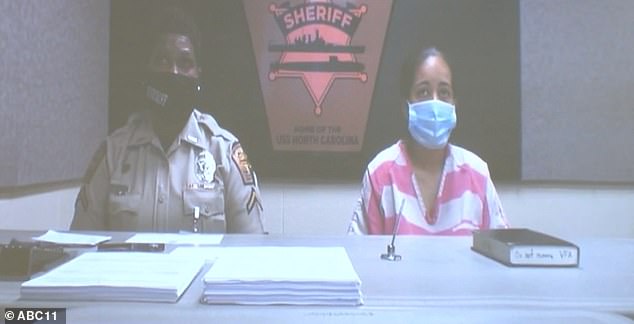 ‘He’s very powerful and very strong because he cried out to live,’ Burton said. ‘And if I had walked by, and not heard a sound I’d have kept on walking, but he cried, and he kept on crying, he cried until I went and got the bag and pulled him up and, when I opened the bag, he stopped crying. That’s when I think he knew he was safe.’

Calix-Macedo was arrested by police on Saturday and booked into the county jail on $800,000 bond. Her next court appearance is scheduled for August 6.

North Carolina has a safe surrender law that allows a parent to legally turn over a newborn to a law enforcement officer, a health care provider, a social services worker or a paramedic within a week, no questions asked.