A pedestrian in Hong Kong miraculously dodged death after tripping over in the middle of a busy road and falling into the path of a fast car.

The woman, who was attempting to catch a bus, was inches away from having her head run over by the BMW on Hiram’s Highway yesterday morning, reported on.cc.

After the car stopped, the woman got up and waved to the shocked driver before walking away.

The accident was captured by the dashcam of a passing vehicle at around 7am.

The woman was trying to cross the narrow two-lane road during morning rush hour.

The unbelievable footage, shared by Facebook user Mo Lamb, shows the woman, who is wearing a rucksack, being allowed to cross by the dashcam owner but then hesitating for a split second as she notices the white BMW coming towards her.

Shockingly, instead of waiting for the vehicle to pass, she tries to speed up her pace to catch up with the minibus suddenly on the road, and begins a desperate sprint to reach the pavement.

However, she stumbles immediately and falls flat on her face, landing right in the path of the approaching BMW. 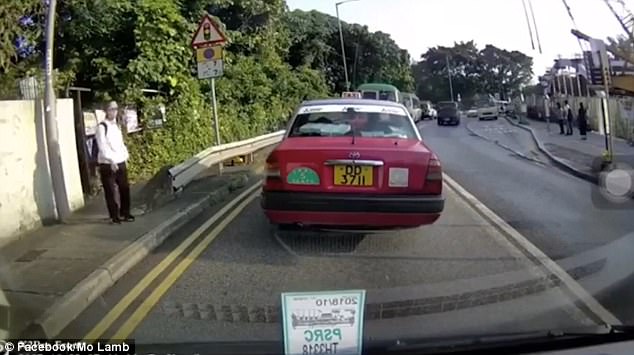 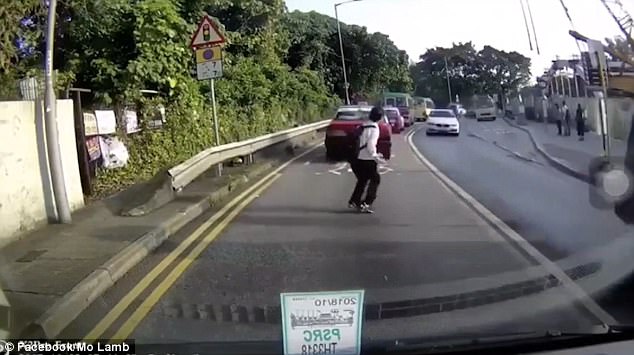 Fortunately, the BMW driver is extremely alert and manages to swerve away at the last second, avoiding a potentially fatal accident.

The woman, wearing sunglasses stands up straightaway and apologises to the driver.

She then walks away as the video comes to an end, with the shock of her lucky escape seemingly not having yet registered, as another car is also forced to stop for her.

It was unclear whether she was injured. However in the footage, she appeared to be uninjured when she walked away. 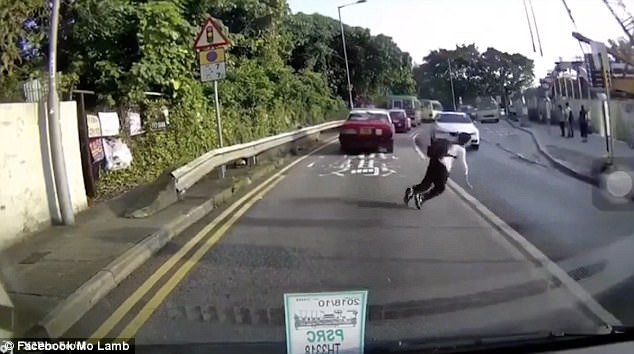 Unexpectedly, she took a tumble and fell in the path of an oncoming BMW as a result