Woman details the time she met the man who killed Versace

A woman has revealed that she came face to face with the serial killer who went on to murder Gianni Versace when she was just 11-years-old and playing basketball in a local San Francisco park by herself.

Jamilah King, now 32, detailed the series of events that led to the bizarre meeting with Andrew Cunanan back in 1997 in an eerie Twitter thread, detailing the very odd behavior that led her remember the encounter – as well as her shock at seeing his mugshot on the television just months after the two met.

The Twitter thread starts off with Jamilah setting the scene of the encounter, which took place in the spring of 1997, mere months before he went on to murder Versace and . She was 11-years-old and in the sixth grade, and everyday after school, she would go to the Panhandle, a park by her house in San Francisco.

Encounter with a serial killer: Jamilah King recounted in a Twitter thread the time she met Andrew Cunanan, the man who later slayed designer Gianni Versace 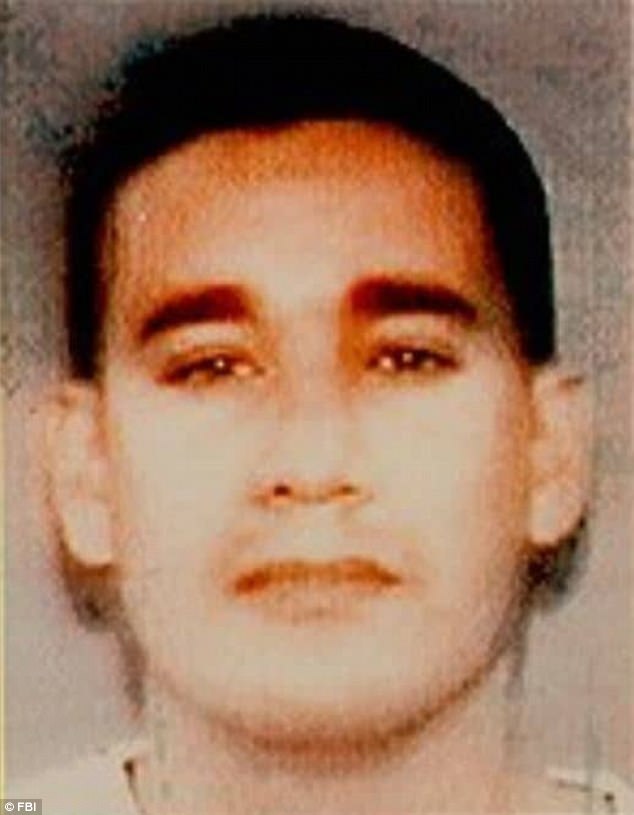 Killer on the lose: Months after meeting Cunanan, Jamilah said she saw his mugshot on TV

On that particular day, the park was more empty than usual so she was able to practice on the full courts, which she was ‘pumped’ about.

She tweeted: ‘So I’m there, doing my best [Michael Jordan] impression. And then I notice this guy who’s watching me.’

‘He’s older than me, an adult, but still pretty young. He’s wearing a long dark green coat. He’s standing on the sideline, between the park’s grass and the court.’

Jamilah said she tried to ignore him because it wasn’t unusual for their to be ‘sketchy characters’ lurking in that area.

But the man kept staring and after a while stopped Jamilah to compliment her on her basketball skills.

He then called after her again, as she was walking toward her bike, to tell her she should keep practicing.

To incentivize her, he offered her a dollar but even at age 11 she knew better than to take anything from a stranger. 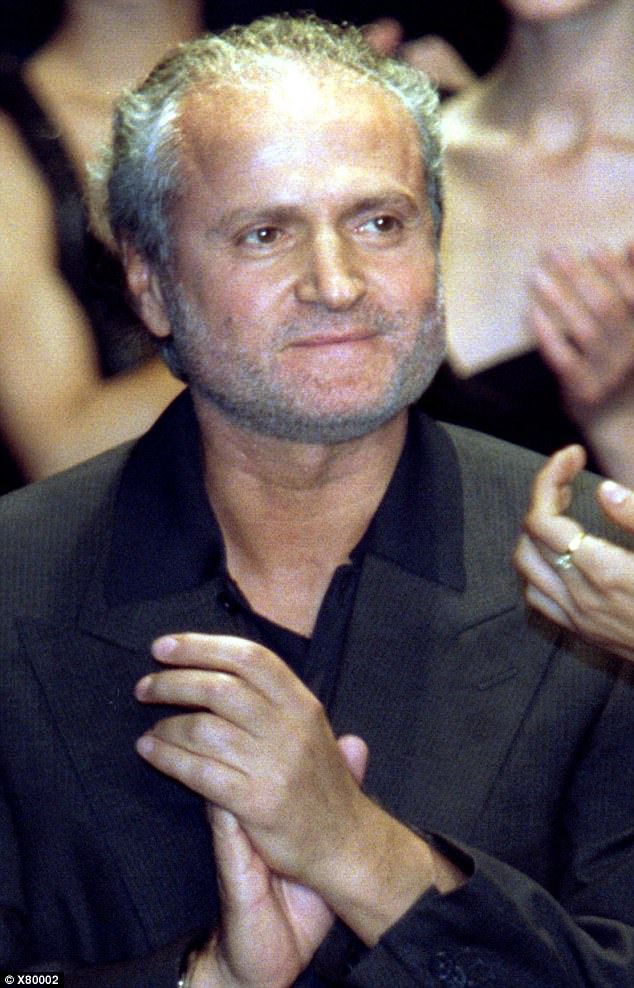 Famed fashion designer: Gianni Versace was killed in 1997 by Andrew Cunanan. He is pictured that year just a few days before his death 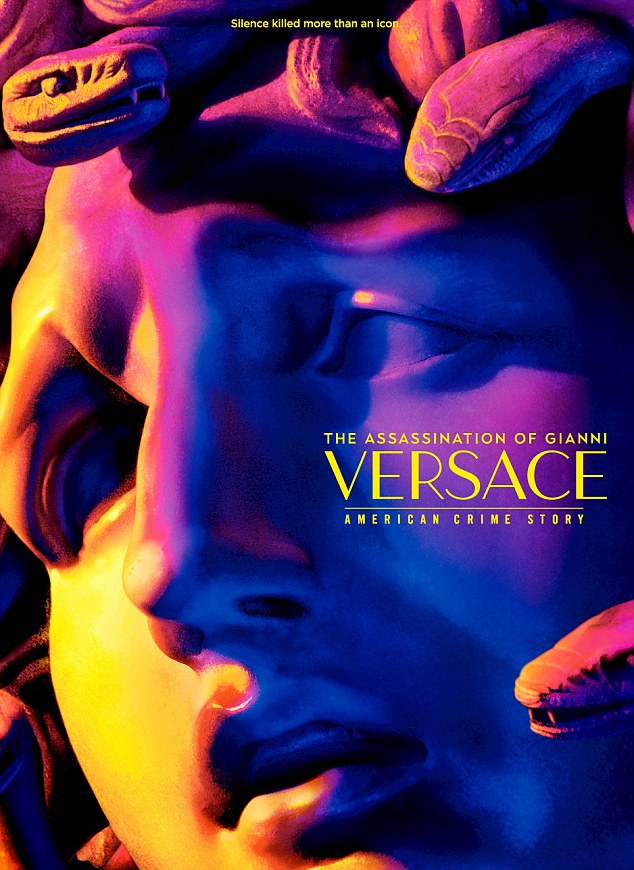 True Crime: Jamilah said she was inspired to tell her story after hearing about The Assassination of Gianni Versace: American Crime Story, a new show about Versace’s murder

But despite her better thinking, she struggled with the decision of whether or not to take this man’s dollar.

She said: ‘But also sugar is a thing that I like, and a dollar would allow me to buy said sugar. So in a matter of moments, I’m doing the math in my head: Yes, I could die in this empty a** park.’

‘But there are two major streets on either side of the park, Fell on one side, Oak on the other. If he tries something, someone will hear me scream, right?

‘Anyway, I run up and take the dollar from the dude, barely looking at him. And then I hop on my bike and speed away.’

Months went by and Jamilah hadn’t thought about the man who gave her a dollar until a picture of his mugshot appeared on the TV after he was put on the FBI’s Ten Most Wanted List following a series of murders which began in Minneapolist in April 1997.

Realizing almost immediately who he was, Jamilah was left floored by the knowledge of just how close she had come to such a dangerous killer, and quickly told her friends about the encounter. 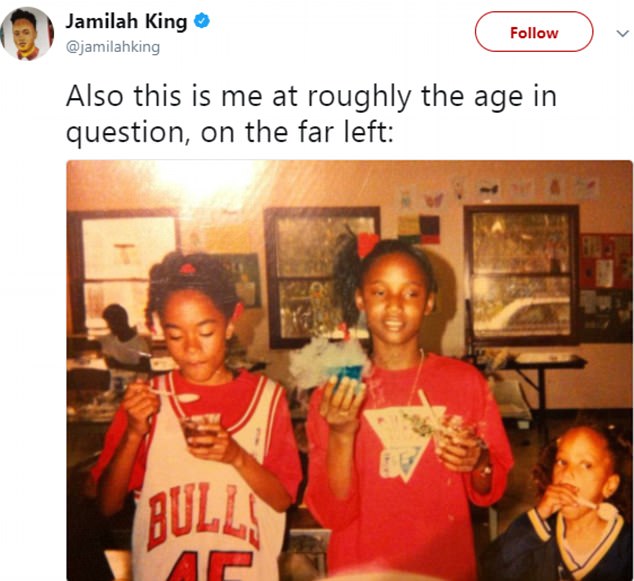 The age in question: On Twitter, Jamilah shared this photo to show what she looked like around the time she encountered Cunanan 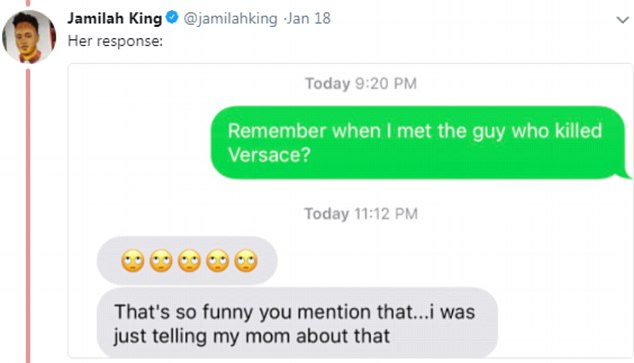 Moral of the story: She said the point of the story was ‘believe your friends when they tell you crazy s**t happens’, and shared this screenshot of a text conversation with one of her pals

Her friends didn’t believe her, but she now hopes her Twitter thread will inspire others to believe their own pals when they tell them crazy stories.

‘So anyway, I guess the moral of the story is this: believe your friends when they tell you crazy s**t happens or else they will put you on blast via Twitter,’ she wrote.

‘Oh, and also: I think I did buy that Baby Ruth and it was probably delicious because Baby Ruths always are and I am about all of the men that Cunanan killed and RIP Versace. The end.’

Since sharing her story, Twitter users have fled to the comments to share their thoughts on the bizarre scenario.

One user commented: ‘I just read your whole story & weird as it is, I believe it. But I sure hope you thank God every day for your life. Many serial killers have types & some are just opportunistic! I agree that was a dumb crazy thing to do & you are lucky cuz [sic] that dude was pure a*s crazy.’

Another took to the social media platform to express how much they liked reading the thread.

He said: ‘Wow, liked reading it. Scary and all but also a great read from a story perspective. Thanks for sharing!’

But others wanted to know more about the encounter and had some follow-up questions for Jamilah.

While others had their own accounts of friends and family who had run-ins with a serial killer.

In a reply to Jamilah, a Twitter user said: ‘My friend told me a story about how her dad was waiting at a bus stop and Jeffrey Dahmer tried to pick him up.’

And then there were those who wondered why she was only offered a dollar in a comment that said: ‘$1? The guy who tried to abduct me offered me $5 (not joking.)’

Jamilah’s Twitter thread has gotten more than 11,000 retweets and 4,000 likes since she shared it this month.

She was inspired to write about her experience after hearing about the premiere of The Assassination of Gianni Versace: American Crime Story.

The show, which premiered on January 17, explores the murder of the famed designer by serial killer Cunanan, and is based on Maureen Orth’s book Vulgar Favors: Andrew Cunanan, Gianni Versace, and the Largest Failed Manhunt in US History.

After committing his first murder, Cunanan went on to kill at least four more people – including fashion designer Versace at his home in Miami.

Eight days later, on July 23, he shot and killed himself, using the same gun that had fired the bullets at Versace and two other of Cunanan’s victims. His exact motive remains a mystery to this day.

Woman details a 1997 encounter with serial killer Andrew Cunanan, the man who slayed Gianni Versace, when she was just 11-years-old