In January 2016, Kristin Moya Polanco felt a small lump in her right breast, but brushed it off, assuming it was nothing.

But as months passed, she started gaining weight and feeling more fatigued than usual. In June, Polanco felt the lump again, but this time it was the size of a golf ball.

After several doctors’ appointments in her hometown of West Palm Beach, Florida, tests and scans, the then-22-year-old was diagnosed with stage I breast cancer.

In just two weeks, it progressed to stage 3, meaning she needed aggressive chemotherapy and a double mastectomy to prevent the disease from spreading even further.

But her troubles weren’t over. One month after her surgery, a life-threatening staph infection developed in her left breast that nearly killed her. Eight months after that, she was diagnosed with thyroid cancer.

In a first-person account for Cosmopolitan, Polanco, now 25 and cancer-free, details the agonizing pain her treatment left her in and the shock at having a second cancer diagnosis so quickly follow her first. 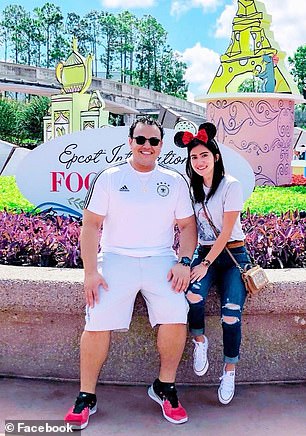 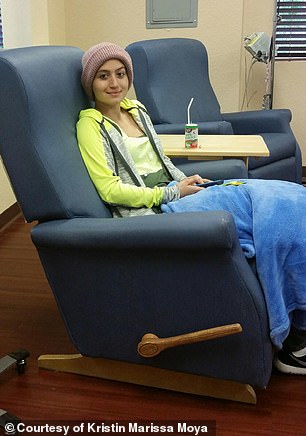 Within two weeks, it progressed from stage I to stage III, requiring chemotherapy, radiation and surgery to remove both her breasts. Pictured: Polanco with her husband, Louis, left, and in treatment, right

First, Polanco was to undergo eight weeks of chemotherapy to shrink the tumor, then a double mastectomy to prevent the disease from spreading to her left breast.

WHAT ARE STAPH INFECTIONS?

This bacteria is typically found on the skin and inside the nose of healthy individuals.

They normally doesn’t cause problems unless it enters the body through a cut or wound in the body.

If it invades the bloodstream, bones, joints, or organs, it can cause a life-threatening infection.

However, some infections, such as Methicillin-resistant S. aureus  (MRSA), have become antibiotic-resistant.

Staph is a leading cause of infections in US healthcare facilities.

Just two weeks after her diagnosis, Polanco’s disease had progressed to stage 3, meaning it had spread to her lymph nodes.

‘This didn’t surprise my doctors, who already knew my hormones were feeding the cancer,’ she said.

In addition to chemotherapy infusions that left nauseous and fatigued, Polanco was also undergoing treatment to raise the counts of her white blood cells – immune system cells – and she started to feel pain in her bones.

‘At one point after my third treatment, walking was so unbearable – I had to hunch over like an old lady – that I was ready to give up. I told my family that it was time to let me go,’ she said.

Polanco admitted she also struggled to deal with her hair that was falling out, skin that was painful to the touch and steroids that had caused her to gain 20 pounds.

‘By the time my eyelashes and eyebrows fell out toward the end of my chemotherapy in December [2016], I was counting Netflix among my best friends,’ she wrote.

When Polanco went in for her double mastectomy in February 2017, her tumor had shrunk to the size of a quarter.

Surgeons would replace her breasts with expanders that would stretch the skin until her wounds healed and implants could be inserted.

Days after the surgery, Polanco learned that a biopsy showed there were still microscopic cancer cells in her body.

‘After fighting so hard, losing all my hair and both my breasts, the disease had continued to spread. I’d never felt more defeated,’ she wrote. 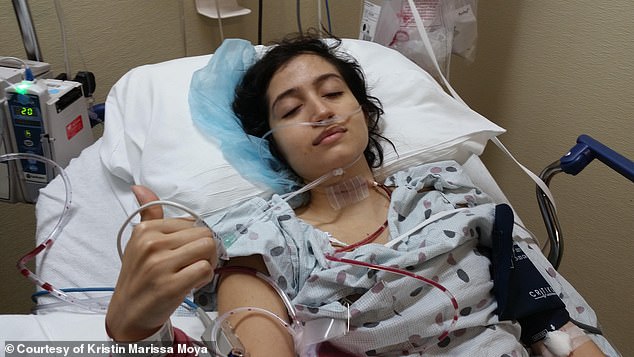 Days after her double mastetcotmy, Polanco (pictured in the hospital) learned that a biopsy showed there were still microscopic cancer cells in her body. 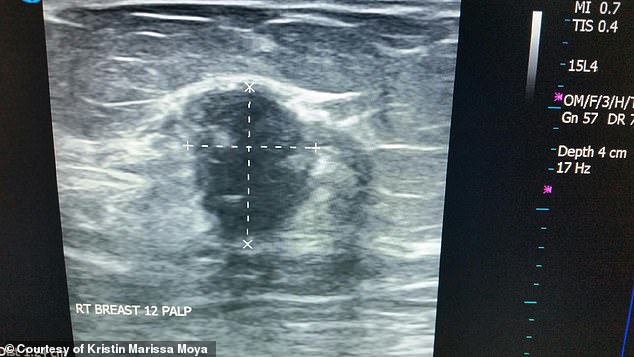 One month later, Polanco’s mother noticed skin on her left breast was turning purple, similar to the color when a bruise forms. Fever and chills soon followed. Pictured: Scan of Polanco’s breast

One month later, Polanco’s mother noticed skin on her left breast was turning purple, similar to the color when a bruise forms. Fever and chills soon followed.

Doctors determined that she had contracted a staph infection, caused by staphylococcus bacteria.

This bacteria lives on the skin and inside the nose of healthy people and usually doesn’t cause health issues.

However, if the bacteria enters the body through a cut or a wound, and invades the bloodstream, bones, joints, or organs, it can cause a life-threatening infection.

According to the National Healthcare Safety Network, one to two percent of breast operations will have an infection at the surgical site infection.

The Centers for Disease Control and Prevention estimates that more than 119,000 bloodstream staph infections occurred in 2017, killing nearly 20,000 people.

‘The same day, I was rushed into emergency surgery to have my expander replaced. I’d have to wait and see how my body responded to the new implant placeholder,’ Polanco wrote. 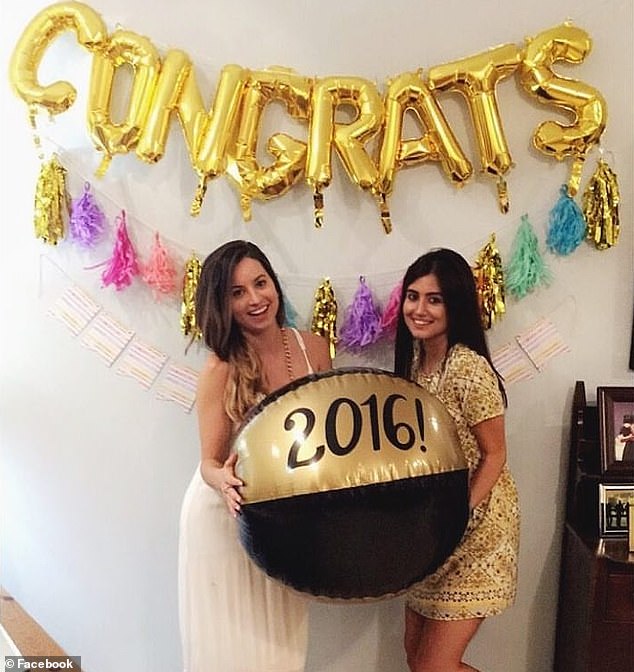 Doctors told Polanco (right, with a friend) she had contracted a life-threatening staph infection in her left breast, which cleared with surgery and antibiotics and Polanco began her last stage of treatment 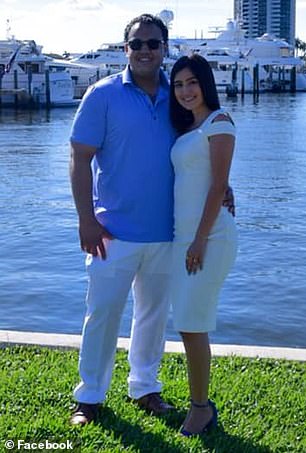 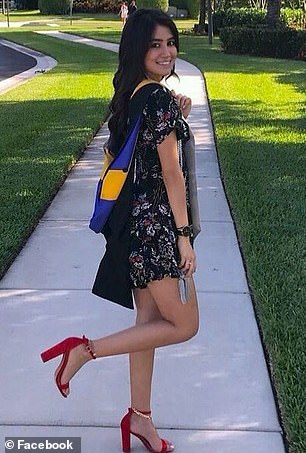 In November 2017, she was diagnosed with thyroid cancer, which can be correlated with breast cancer. Polanco (with Louis, left, and right) had surgery to remove her thyroid and her latest scans show that she is now cancer-free

The surgery was successful and Polanco was sent home with oral antibiotics, but she was floored at having suffered this complication.

‘First cancer, and now staph is trying to kill me?!’ she remembers thinking.

In June 2017, Polanco received implants and, one month, later she underwent her first of 30 rounds of radiation.

Just a few months later, in November, doctors diagnosed her with thyroid cancer.

A 2018 article details that women with breast cancer have an increased incidence of later developing thyroid cancer.

Instead of feeling defeated, Polanco said she felt ready to face this battle, feeling like she had already been through so much worse.

She had her thyroid removed in December and will need to take a drug that releases hormones the thyroid gland normally makes.

Polanco says she stills suffers from side effects from her cancer treatment, including hot flashes, fatigue and bald spots.

However, in February 2019, she married her boyfriend Louis – who was by her side throughout her cancer battles – and a recent scan confirmed she is cancer-free.

‘I feel healthy,’ she wrote. ‘Every scar on my body reminds me of how strong I am. I showed cancer who’s boss.’