The video shows NYPD Sgt. Timothy Brovakos carrying Ethel Davis out of her Rockaway Beach apartment in Queens with the help of two other officers when they responded to the fire on January 12.

The great-great-grandmother was allegedly abandoned by the officers in a smoke-filled corridor soon after when Brovakos was overcome with smoke and had to be helped to safety by his colleagues.

Davis died of smoke inhalation in hospital the following day.

Her family claims the officers should never have tried to evacuate them in the first place because the block is a fireproof building – meaning it is designed to contain fires to the units where they break out.

The video shows NYPD Sgt. Timothy Brovakos (center) carrying Ethel Davis out of the burning Queens building with the help of two other officers when they responded to the fire in January 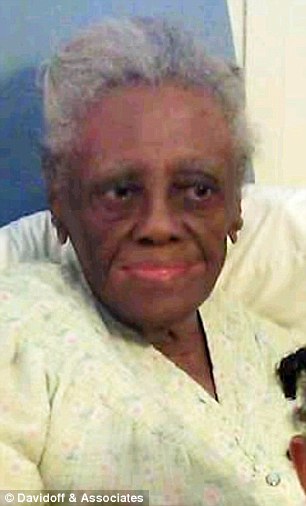 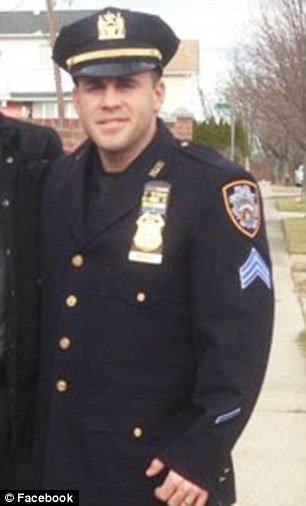 The blaze was caused when a halogen lamp tipped over on the 11th floor of the building. Davis and her family lived on the 12th floor.

Police, who arrived at the apartment before firefighters, were captured on surveillance cameras heading to the 12th floor of the building and directing residents to evacuate.

Peter Thomas, an attorney for the Davis family, said the officers mistakenly left the door open between the 11th and 12th floors, which allowed ‘massive plumes of smoke to billow in’.

The elderly woman’s daughter Marcia had pleaded with the officers to let them stay in the apartment and not risk going into the smoke-filled corridor.

Marcia said she and her mother had sought shelter in their apartment previously when there had been building fires in the 26 years they had lived there.

‘She had experienced fires in the building in the past and knew that she and her mother would be safer in their residence than in the smoke-filled hallways,’ Thomas said.

‘The police refused and removed Ethel Davis from her bed and forced Marcia Davis to evacuate.’ 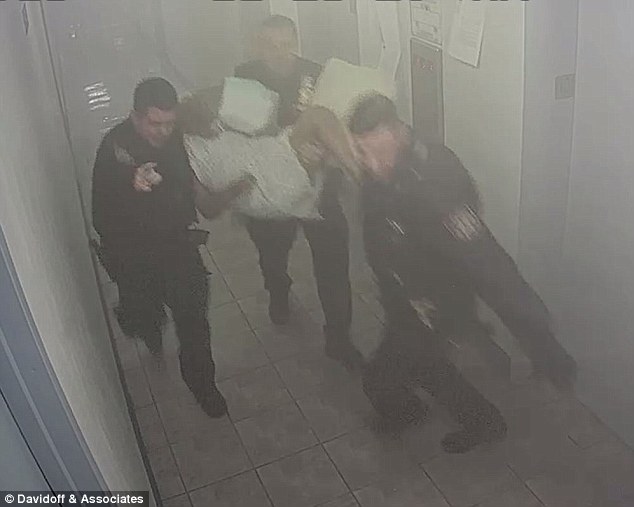 The CCTV shows the three officers carrying Ethel through the smoke-filled corridor on the 12th floor of the building. The fire broke out in an apartment on the 11th floor 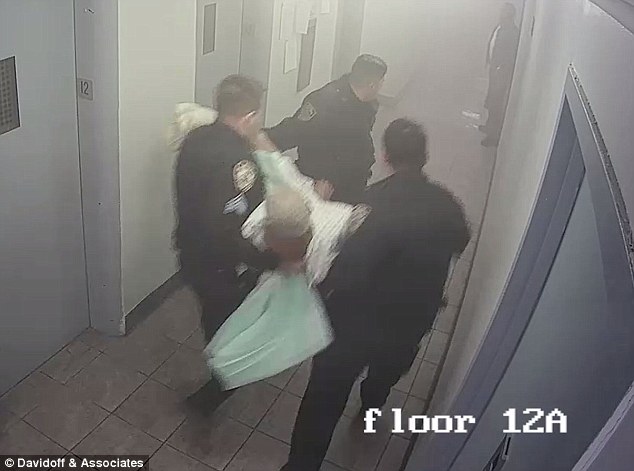 Peter Thomas, an attorney for the Davis family, said the officers mistakenly left the door open between the 11th and 12th floors, which allowed ‘massive plumes of smoke to billow in’

He claims that minutes later the officers abandoned the elderly woman in the same hallway ‘that they had negligently allowed to fill with smoke’.

Marcia waited with her mother hoping that help would arrive until she could no longer stand the smoke herself. 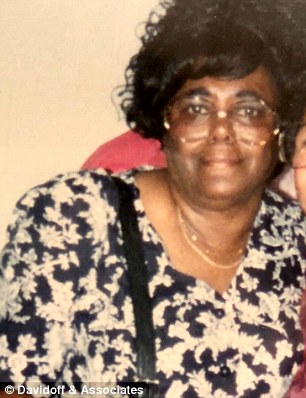 Ethel, pictured when she was younger, died from smoke inhalation in hospital a day after the building fire

Firefighters arrived seconds later on the 12th floor where Davis lying, but they could not see her through the thick smoke, the lawyer argues.

The family are using the footage to file a legal notice of claim, which is a precursor to a lawsuit, on Monday against the NYPD and the three officers.

‘It’s a fire proof building, if they had just left the residents in their apartment everything would be fine.

‘Instead, they dragged her out of her bed and left her in the hallway for about five minutes.

‘She died at the hospital the next morning.’ 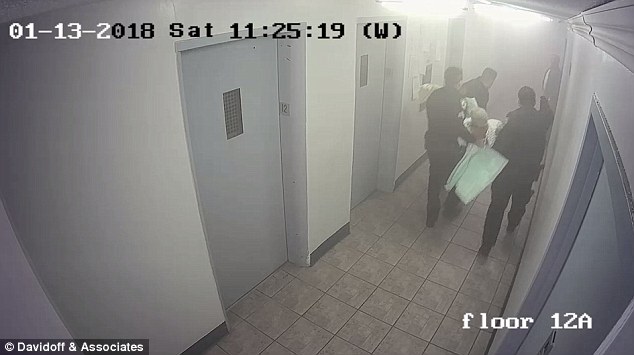 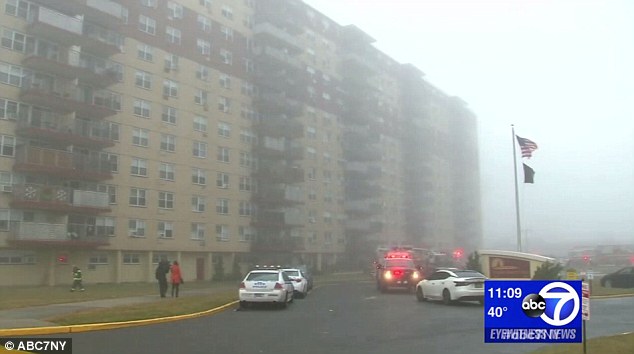 The blaze was caused when a halogen lamp tipped over on the 11th floor of the building at Rockaway Beach (above). Davis and her family lived on the 12th floor 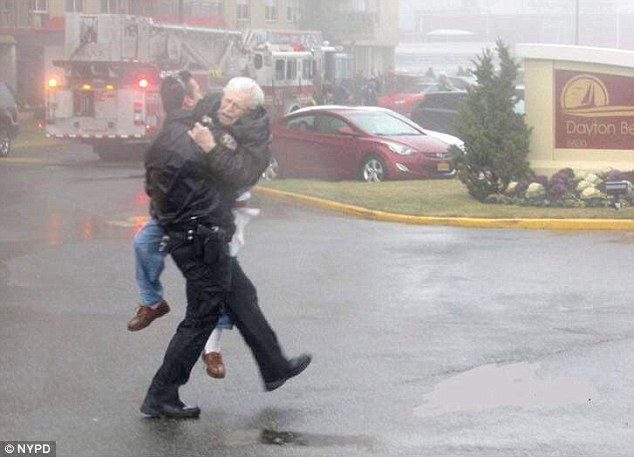 He added that the officers forcing residents to evacuate the fireproof building was against NYPD and FDNY protocol.

‘I told them she’d been safer in the house with the door closed and that she wouldn’t survive in the hallway,’ Marcia told the New York Post.

‘When I got to near the stairwell, I saw her on the floor. I said, ‘Mama, what you doing here? Why they leave you here?’

‘I stayed with her as long as I could. It got so black, I was choking.’

Marcia said she saw the ‘horrible’ surveillance video for the first time on the weekend.

Brovakos’ lawyer claims the sergeant risked his life to go back up to get Davis after he had regained his composure.

The NYPD has said it was conducting a ‘major investigation’ into the incident.