A woman has detailed the moment she discovered her best friend’s husband-to-be was having a secret affair with her maid of honour just one hour before the wedding ceremony.

The Australian woman shared her dilemma in a Facebook group after she came across ‘definitive proof’ the groom was being unfaithful.

‘I caught them sneaking out of a room together looking dishevelled. I was in so much shock I didn’t know what to do. Do I tell my best friend now?’ she wrote.

What should the friend do?

Many were divided over the situation, with some people suggesting she should not get herself involved in the couple’s business.

‘Don’t tell her. Let him or her break the news to her. There will likely be less embarrassing drama than if you tell her on her wedding day. She will need you to be there for her but not as the bearer of bad news in that moment,’ one wrote.

While another said: ‘You may find yourself in the firing line for not saying anything on the day. I’d probably speak to the husband and the floozy and tell them they need to confess.’

One woman said she should tell her but warned to ‘prepare to lose your friend’.

‘If she stays with him, you will no longer be welcomed around. Trust me. I lost my best friend of 23 years because I told her shady stuff her husband was whispering to his female coworker,’ she explained.

‘I was no longer allowed at her house, no kids birthday parties, no Christmas, nothing. I haven’t spoke to her in 10 years now.’ 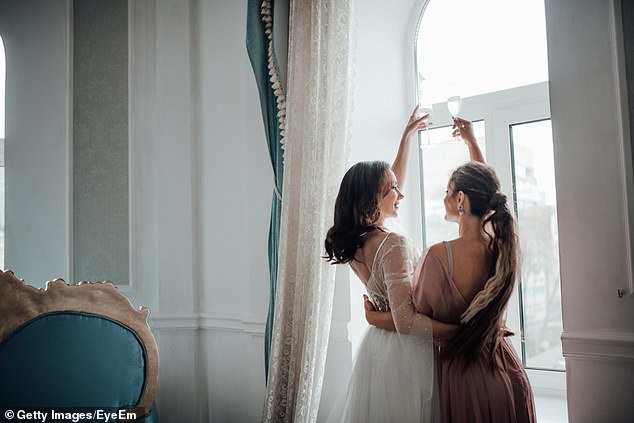 Many suggested the friend should give the groom and maid of honour a chance to come clean.

‘I would say something! Have it out with the groom and maid of honour and say I saw you both either you tell the bride now or I will,’ one wrote.

While another added: ‘Give the groom and maid of honour a choice, you tell or they tell her! Give them a time frame, she deserves to know, just think of it as if the tables were turned, would you want her to tell you?’

Meanwhile, many said the best friend should have told the bride as soon as she found out about the secret affair.

‘You should have told her the moment you caught them,’ one wrote.