A Colorado store was greeted by a doe that then brought her family to nab some treats from a woman working there.

Lori Jones has been working at the Horesetooth Store, Gas and RV Park in Fort Collins, Colorado, for a year and had been familiar with all the patrons that come in.

‘We get to know them pretty quickly,’ she said to CBS Denver.

Lori Jones has been working at the Horesetooth Store, Gas and RV Park in Fort Collins, Colorado, for a year and had been familiar with all the patrons that come 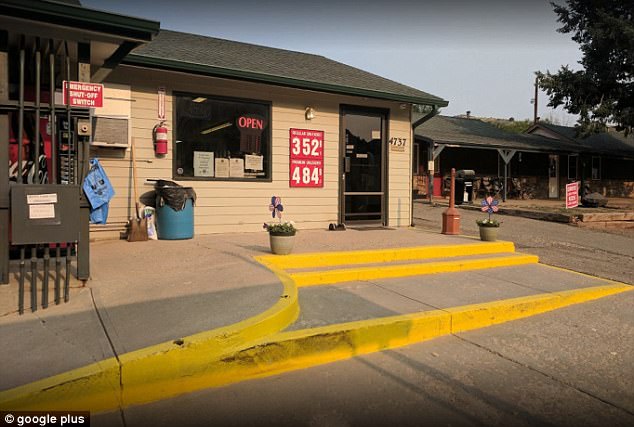 ‘We get to know them pretty quickly,’ she said to CBS Denver .

So it was a surprise when the first furry critter made its way in the shop.

‘Mama came in the front door and I kind of did a double take,’ Jones added.

The doe is normally seen around the store with her offspring but she clearly had a different idea on this particular day.

Jones said: ‘She came on in and I just started laughing.’ 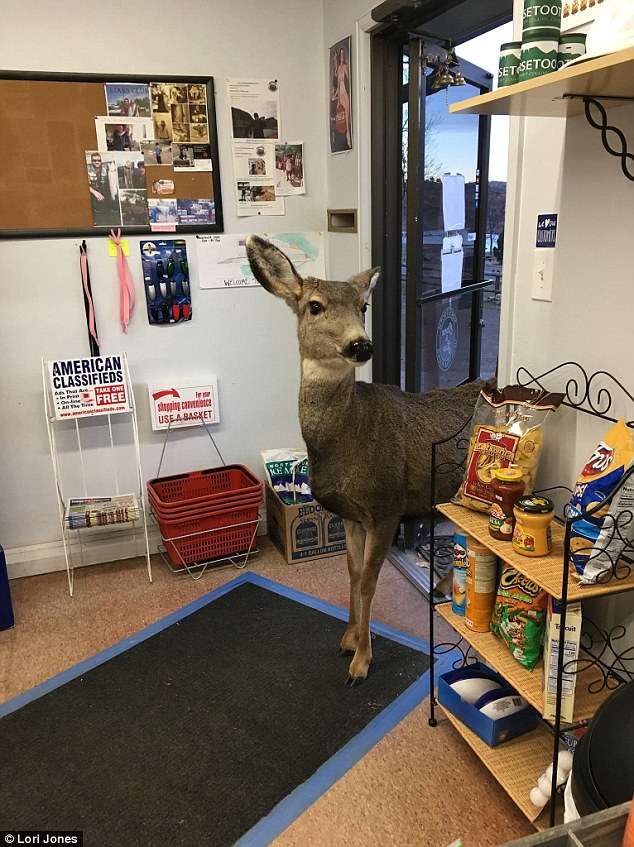 And even when the woman tried to shoo the deer away, it didn’t want to leave the store.

‘She didn’t really regard me at all. She was looking at the sunglasses. Then she looked at the ice cream and over at the chips,’ she added.

And going against store policy, Jones fed the doe.

Jones said: ‘I got a peanut bar and backed her out and took her down to the lower field. 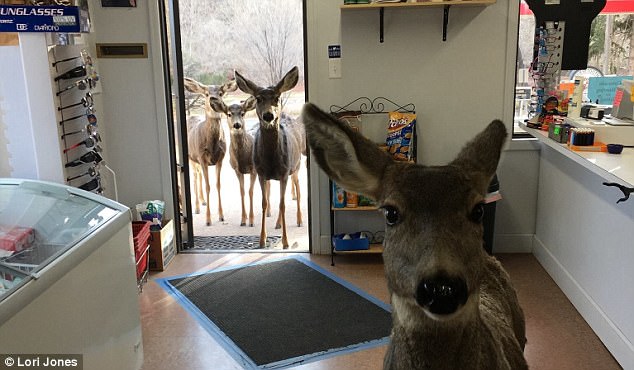 ‘You can’t let them run all over your store.’

And thinking she was ‘home free’ Jones went about her day only to be visited once again while doing inventory.

‘There she was in the store and again I started laughing,’ Jones added.

‘And there were her babies in the background.’ 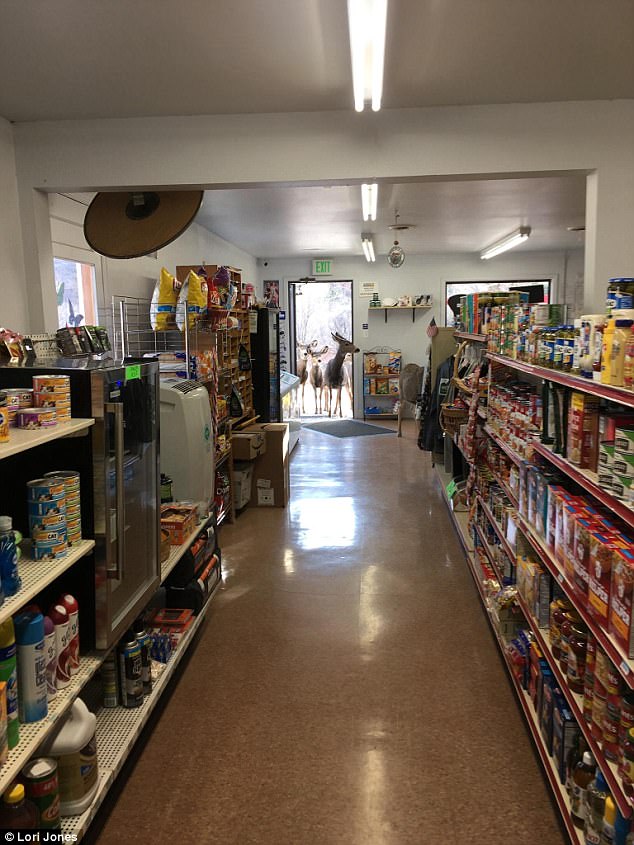 And Jones repeated the peanut bar exchange, and would do so a few more times when the animals visited again.

‘You should never feed the deer because they’re going to keep coming back,’ said Jones.

‘Our rule at the campground and on the store property is ‘Don’t feed the deer at all.’ We see them, we enjoy them, but we don’t need them to come in the store.’

It is illegal to feed deer in the state, according to the Colorado Parks and Wildlife. Deer’s diet and proximity to diseases are other reasons people shouldn’t engage with them.