Woman films ALLIGATORS in her yard during storm Harvey

As Tropical Storm Harvey continues to batter Texas with heavy rains and deep flooding, alligators seeking higher ground have infiltrated at least one neighborhood in a Houston suburb.

A woman from Missouri City, southwest of Houston, posted a video on Facebook showing two alligators swimming through her backyard on Sunday.

As the water continued to rise around Arlene Gonzalez Kelsch’s home, she showed one alligator swimming close to a nearby road while another made its way toward her patio.

A woman from Missouri City, southwest of Houston, posted a video on Facebook showing alligators swimming through her backyard 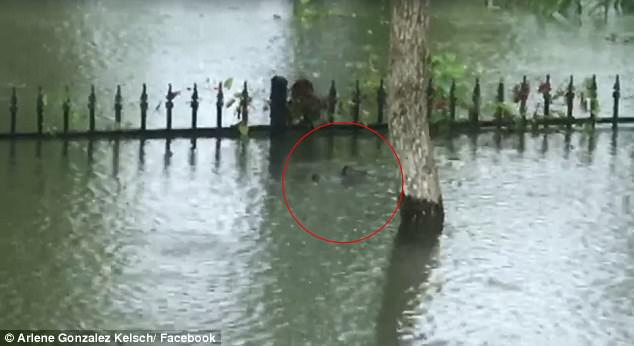 As the water continued to rise around Arlene Kelsch’s home, she showed one alligator swimming close to a nearby road

Ahead of Harvey’s arrival over the weekend, officials across Texas warned residents that unexpected animals and objects could float into neighborhoods hit with floods.

After a weekend of heavy rain and flooding, Harvey is continuing to head back toward the Gulf of Mexico at a slow palce. 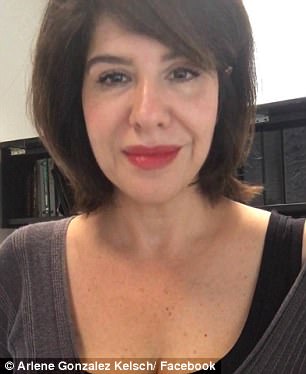 The National Hurricane Center said in its 4am CDT update that the storm is centered 20 miles east of Victoria, Texas, about 120 miles (193 km) southwest of Houston. It continues to creep to the southeast at 3 mph (6 kmh).

That means it remains virtually stalled near the coast and continues to drop heavy rain on the Houston and Galveston areas.

Harvey made landfall late Friday as a Category 4 hurricane and has lingered dropping heavy rain in the Houston area still has sustained winds of up to 40 mph (65 kmh).

In the past 48 hours, numerous spots in the region have measured more than 25 inches of rainfall.

The hurricane center said Harvey’s center was expected to drift off the middle Texas coast on Monday and meander offshore through Tuesday before beginning ‘a slow northeastward motion’.

The center says those in the upper Texas coast and in southwestern Louisiana should continue to monitor Harvey’s progress.

Meanwhile, Houston officials are continuing to urge people to shelter in place and stay off flooded roadways.

Public Information Officer Keith Smith said on Sunday night that rescue efforts continue and now are focused on those who feel trapped inside a home or building.

Smith said the city’s 911 emergency response system has been challenged by sharply increased call volumes since the tropical storm made landfall late Friday as a Category 4 hurricane. 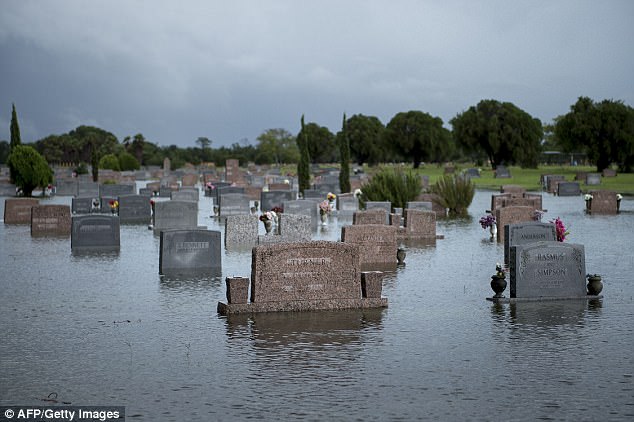 Elsewhere in Texas, a cemetery was flooded because of storms from Harvey. Last year in Louisiana, several coffins were uprooted during storms 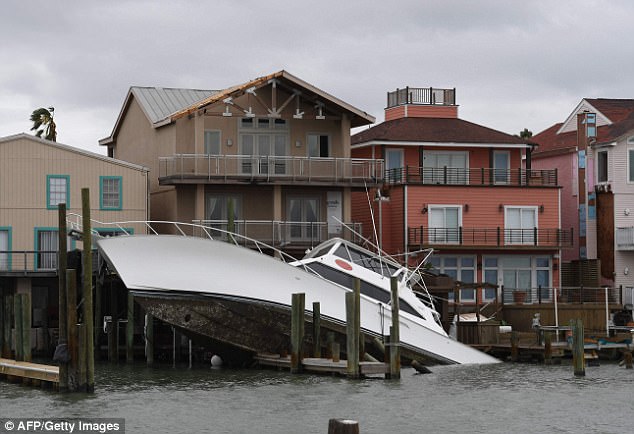 He said during a typical 24-hour period, the emergency response system receives about 8,000 calls. But during a 17-hour period following Harvey’s landfall, more than 56,000 911 calls were received.

And as the nation’s fourth-largest city braced for more rain and rescues on Monday, officials began releasing even more water from reservoirs overwhelmed by the storm, even though the move aimed at protecting downtown Houston could make already devastating flooding worse around thousands of homes.

The strategic engineering move that officials said was planned for 2am CDT came about 90 minutes early in one instance and a day early in another.

Harvey has chased thousands of people to rooftops or higher ground and overwhelmed rescuers who could not keep up with the constant calls for help.

Harris and Fort Bend county officials initially said residents should be prepared for the influx of water that was scheduled to happen at Addicks around 2am Monday and a day later at Barker.

Officials warned residents they should pack their cars Sunday night and wait for daylight Monday to leave.