What NOT to call your baby! Viral list of ‘cool and exotic’ girl names (that are very inaccurate) include ‘Burnadette’ and Candi

A woman was left baffled by a list of ‘exotic’ names she found on social media – and some of them have extremely inaccurate translations.

But those who spotted the list were quick to point out a number of mistakes, not only in the alleged origin but also in translation.

The Irish list includes the names ‘Kiera’ and ‘Adara’ – the first of which is the Anglicised version of the name Ciara, and the second of which is of Hebrew origin, plus there is no letter K in the Irish language.

Things get slightly more interesting on the French list, which includes the name ‘Burnadette’.

It can be assumed this is a misspelling of the French name ‘Bernadette’ – but readers pointed out that the word ‘burn’ translates to something rather unfortunate in French.

The French list also includes the name ‘Bijou’ – translating to jewel – and ‘Bette’, which again has Hebrew origins rather than French.

Spanish recommended names include ‘Candi’ and ‘Coco’, while the Italian list seems more reasonable, though it might be unusual to describe several of them as ‘exotic’. 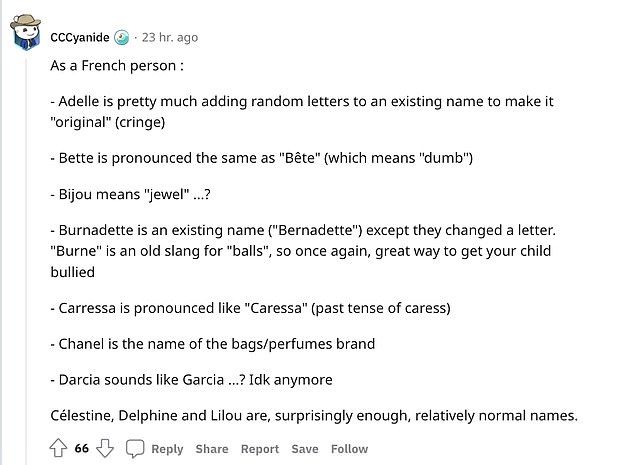 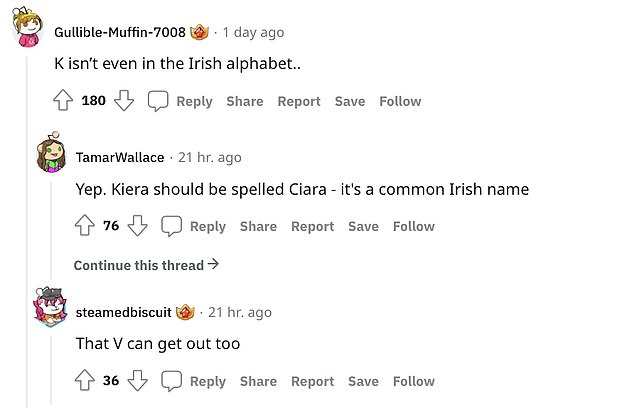 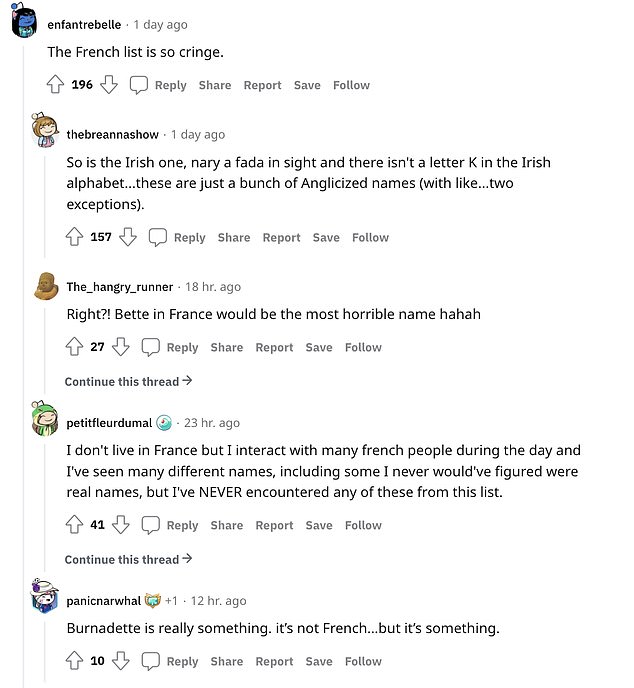 Those in the comments were equally as confused by the list.

One person, from France, rattled through the names – saying ‘Bette’ is pronounced the same way as the French word for ‘dumb’.

They added: ‘Once again, great way to get your child bullied.’

While a third said: ‘Burnadette is really something. It’s not French… but it’s something.’

The most popular baby names in England and Wales revealed: Noah and Olivia top the list for boys and girls in 2021

Revealed: The baby names on the brink of extinction – including Britney, Bill and Harold