A woman was stunned to find a 1.8 metre long carpet python inside her washing machine on Thursday.

While Mr McKenzie and his team have had to remove snakes from people’s homes before, this is the first time they’ve found one inside a washing machine.

‘We’ve found them underneath washing machines and dishwashers, and on top too, but not inside.’

A Buderim woman got the ‘fright of her life’ after discovering a 1.8 metre (six feet) long Carpet Python (pictured) in her washing machine

Mr McKenzie told Daily Mail Australia that finding snakes in unexpected places is not uncommon during this time of the year.

‘They crawl in from the bush looking for cool places to escape the heat. It’s really hot around here at this time of year,’ he said.

He said people should ‘be weary’ and keep on the lookout for unexpected reptilian visitors.

As for the carpet python, Mr McKenzie and his team ‘relocated’ it in local bush surrounding Buderim. 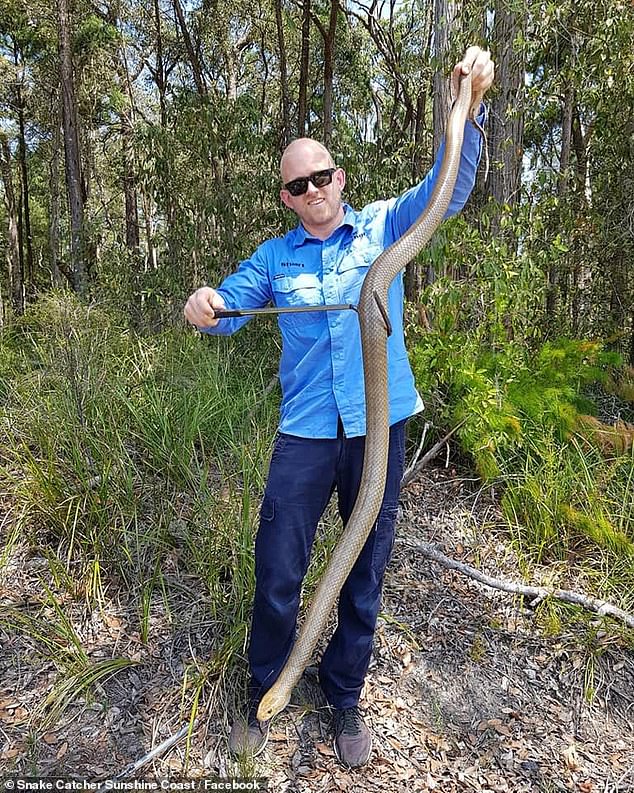 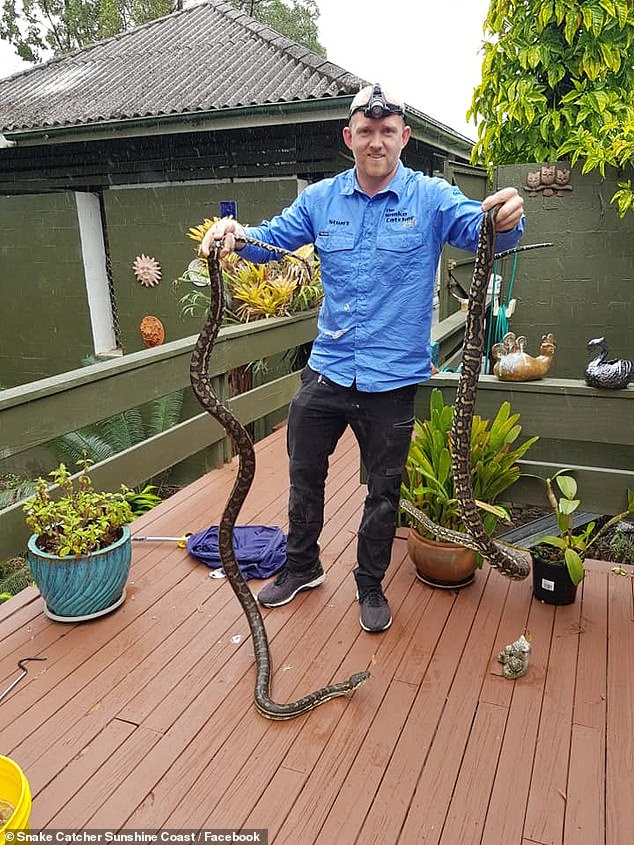