A woman had to have her finger amputated after she developed an infection during a visit to a nail salon.

Stella Falcone caught the bacterial infection after getting a tiny cut during a manicure at a salon in Melbourne.

She was told to go to hospital, where she endured days of operations before the top of her finger had to be cut off.

Stella Falcone caught the bacterial infection after getting a tiny cut during a manicure at a salon in Melbourne. Pictured: Her infected finger

‘I had five operations in six days and I ended up losing the top of my finger,’ she told A Current Affair.

‘The equipment at the nail salon wasn’t sterilised.’

What is septic bursitis?

A bursa is a fluid-filled sac or saclike cavity, especially one countering friction at a joint.

Bursae near the surface of your skin, such as those near your elbow, can become infected if bacteria find their way into cuts and grazes and then move into a bursa.

Bursitis caused by an infection is known as septic burstitis.

Ms Falcone’s case came to light after A Current Affair reporter Alex Bernhardt suffered an infection in her elbow called septic bursitis after getting a cut at a nail salon.

She had to spend three days in hospital on intravenous antibiotics and narrowly avoided surgery.

Wentworth MP Professor Kerryn Phelps, the former boss of the Australian Medical Association, said the infection was likely caused by the nail salon.

During an interview, she saw a cut on Ms Bernhardt’s finger just after she had a manicure and told her to seek medical help.

When Ms Bernhardt published her story, dozens of other women came forward to say they had experienced similar infections after manicures.

Rita Pavlis, also from Melbourne, had to have part of her finger removed.

She explained: ‘I lost my nail and they had to slice my finger open – lucky a plastic surgeon was available – and they had to drain out all the poison that was in there.’

There are now growing calls for tighter hygiene regulations at nail salons.

The owner of the salon that Ms Bernhardt went to said her premises were clean and accused the reporter of ‘making up a story.’ 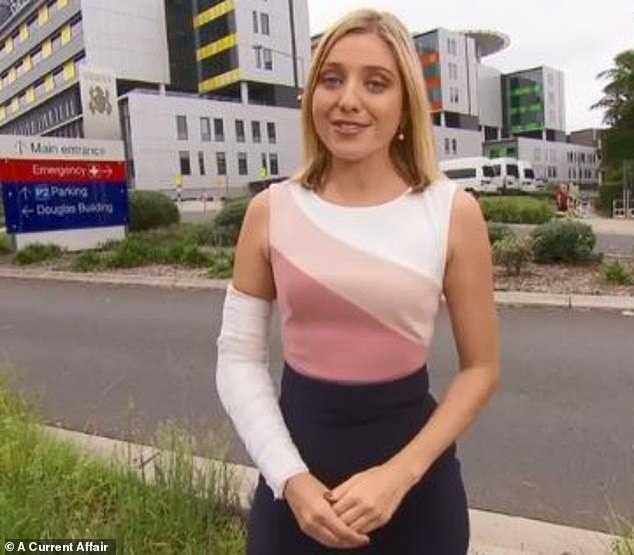