A young woman has been left with shocking injuries after she was viciously bashed when an intruder broke into her home.

About 9am on Tuesday, the woman in her 30s was at home when the person, believed to have been with a group, broke through the locked front door of her property in Atwell in Perth’s south and assaulted her.

CCTV has been released by detectives of a man they believe can assist with their inquiries. He is described as being 187cm tall and of a medium build, with olive skin, dark hair and a moustache.

Several items were stolen in the aggravated burglary and the woman was left with cuts, bruises and multiple facial fractures. 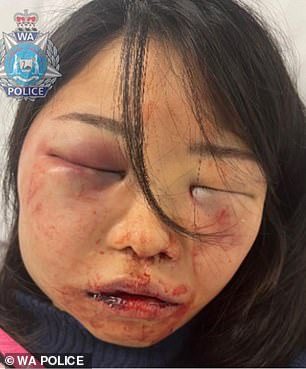 Detective first class constable Alastair McDonald said the woman was understandably traumatised after the unprovoked attack in her own home.

He said it was ‘extremely essential’ the person responsible for the attack is found.

‘An incident of this magnitude – breaking in and assaulting someone – is incredibly severe, incredibly serious. We are working day and night to locate this person, or anyone else involved.’

The woman was treated in hospital and has since been discharged.

‘She’s been traumatised by the ordeal but is recovering well. She’s doing the best she can.’

Fremantle police do not believe the intruder and the woman knew each other and they are asking for the public’s help. 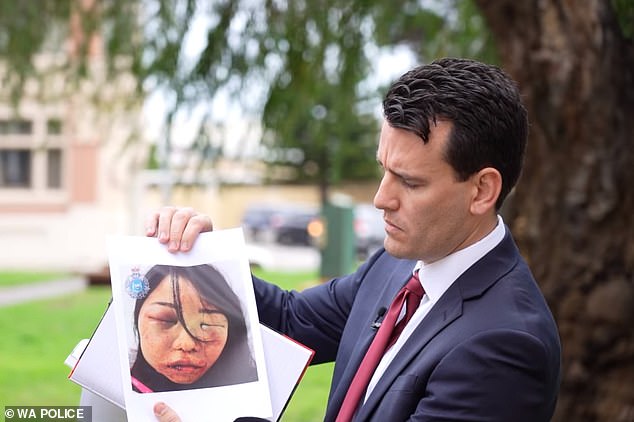